The first is quoting then Prime Minister Malcolm Turnbull’s reaction to Sandpapergate and the second is Paine condemning Cricket Australia for its treatment of coach Justin Langer. 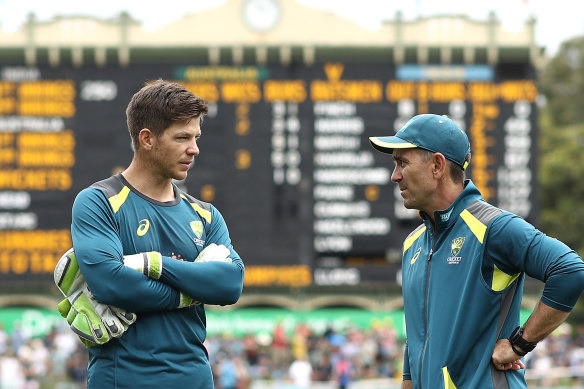 Tim Paine says the handling of Justin Langer’s departure as coach was “a disgrace.”Credit:Getty Images

It wasn’t that Langer was forced out, although Paine professes his admiration for the former mentor, it was the drawn-out and hamfisted way CA dealt with Langer’s departure.

“I watched the lead-up to this in my last year as captain. No issue consumed me like this one did, and nobody will stop me believing JL was very, very poorly treated,” Paine said in The Price Paid.

“Take the outcome out of it, that’s not the point. The way that situation was managed was a disgrace, but not a surprise. A man tasked with rebuilding Australian cricket’s reputation was hung out to dry.”

Welcome to Australian cricket, where those in charge kick cans down the road until they explode and damage the game. 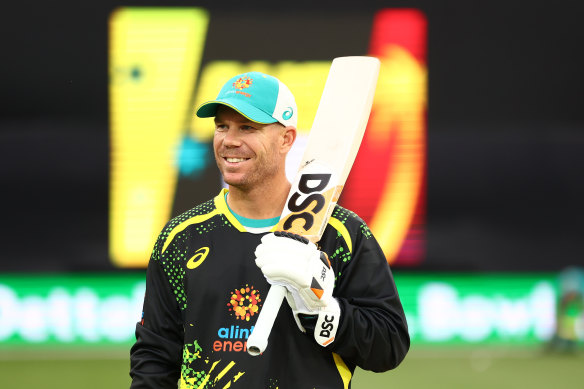 David Warner may have been courted by CA for a return to the BBL, but the handling of his captaincy ban has been outsourced to the integrity unit.Credit:Getty

There are any number of examples, and the past five years have been particularly bad, including decisions around Steve Smith and David Warner.

The Langer fiasco is not the only example in Paine’s book. He accuses CA of using a PR consultant to force his resignation after the sexting scandal, taking particular aim at CEO Nick Hockley for a lack of “courage”.

“It was becoming obvious what Cricket Australia wanted me to do, but they didn’t have the courage to say it themselves, they were letting their hired consultant run the show,” Paine said.

There are opposing views on Paine. Either he was cleared by CA’s integrity unit after they found the sexting consensual and CA should have supported him despite it becoming public, or sexting a work colleague regardless of the circumstances is unacceptable, and he should have gone as captain. 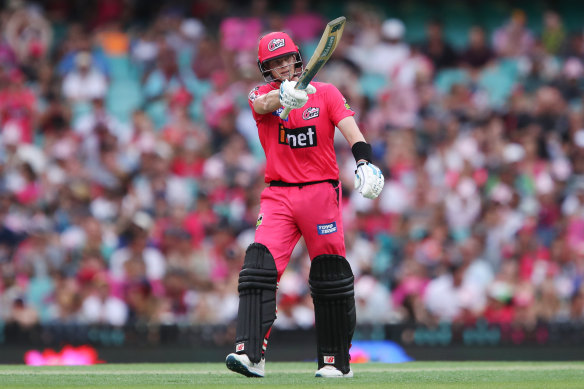 Steve Smith was snubbed when he offered to play in the BBL as an injury replacement player.Credit:AAP

Shane Warne’s infidelity cost him the vice captaincy of the Australian team and any chance of becoming Test captain. Chairman of selectors Trevor Hohns wanted Warne to replace the retiring Mark Taylor in 1999, but Steve Waugh became the compromise candidate.

However, when the Warne-Mark Waugh bookie scandal was exposed a year earlier, then Australian Cricket Board CEO Malcolm Speed – one of cricket’s finest administrators – insisted that no further punishment would be handed out because both players were secretly fined in 1995. Any further action would be double jeopardy. 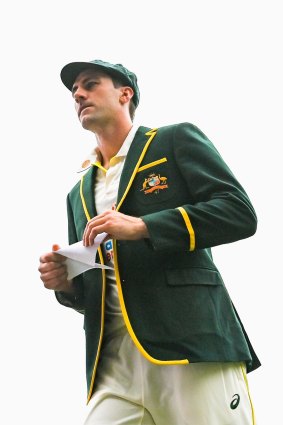 Pat Cummins was one of very few who showed strong leadership during the Langer coaching imbroglio.Credit:Bradley Kanaris/Getty Images

Only months after being appointed Test captain to lead Australia out of the carnage of Sandpapergate, the CA board was informed of Paine’s sexting. If the board members had such a high moral objection to Paine’s behaviour, they should have sacked him as captain on the spot. But, still burnt by the damaging fallout of the Cape Town scandal, the board backed its integrity unit and promised to support Paine.

That was until the scandal became public. Both the integrity unit’s findings and the board’s promises of support evaporated.

In the same way that Paine claimed he was forced to resign, Langer was put in a similar position and quit after being offered a contract of just six months with no extension following continued player and support staff unrest. Like Paine, the board failed to back or sack Langer and instead took weeks to come up with a non-decision.

This left a vacuum in which speculation swirled, completely swamping the women’s Ashes, and prompted Langer’s backers, many of whom were among Australia’s greatest former players, to trash Australian cricket and the current team.

It took a strong and dignified press conference from Test captain Pat Cummins to clean up CA’s mess.

CA deserves credit under new chairman Lachie Henderson for finally revisiting Warner’s lifetime leadership ban from sandpapergate, but it too has become a saga of bureaucracy which has been pushed off to the integrity unit.

Surely a board that imposes far-reaching bans on players on an angry whim can simply unban him?

When a one-day series against New Zealand was cancelled at short notice last season, Steve Smith offered to play for the Sydney Sixers, whom he previously captained, as an injury replacement for the base fee of $2000.

Despite broadcast partner Channel Seven taking sustained legal action against CA over the quality of the BBL, Hockley outsourced the decision about Smith’s participation to the states. With the exception of NSW, the states put rampant self-interest first and blocked Smith from playing, much to the dismay of the broadcasters.

Fast-forward a few months and the concern with administrators about the BBL became so great that CA not only courted Warner for an estimated $350,000, but laid $6 million on the table for an overseas player draft.

But Smith remains out in the cold, showing little interest in playing for a competition that snubbed him. 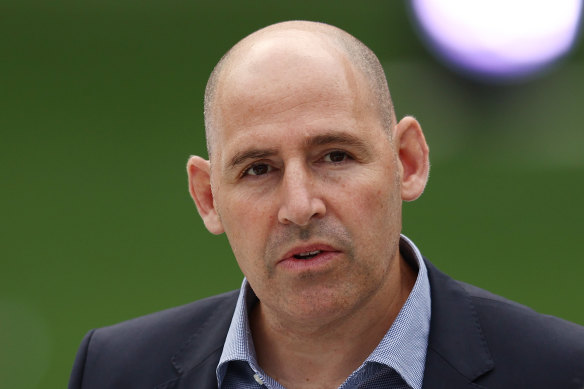 CA’s failures go back long before Hockley and Henderson, who are both relatively new in their leadership positions.

Whether it’s the unnecessary and damaging players’ dispute in 2017, John Harnden staying on the CA board when he was rejected as a replacement for departing CEO James Sutherland, the sacking of the CEO who was appointed, Kevin Roberts, during two years of COVID chaos, or the ousting of divisive chairman Earl Eddings, Australian cricket has an unimpressive track record off the field.

Cricket Australia declined to comment on Paine’s book or any of the other failings put to the governing body by the Herald and The Age.

Instead, CA provided a list of eleven dot points -outlining successes including two full seasons of international and W/BBL cricket despite the pandemic, outstanding performances by Australia’s men’s and women’s teams, and a successful tour of Pakistan, the first in 24 years.

“We are immensely proud of the work that has been done on behalf of the game over recent years. Despite some difficult conditions experienced by all sports,” Hockley said.

Thankfully, Australian cricket is in better shape on the field.

Malcolm Conn worked in a joint role for Cricket Australia and Cricket NSW as a senior communications manager between 2014 and 2020.