Melbourne Stars Australian star Adam Zampa is set to miss his side’s first game of 2021 after he was suspended for swearing. 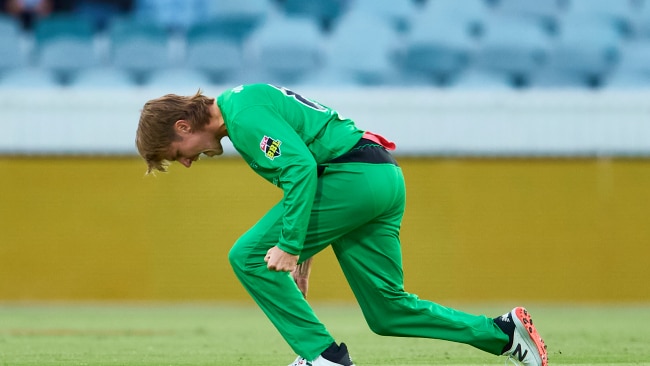 Adam Zampa is out of the Stars' next match on January 2.

The final game of 2020 is here as the Adelaide Strikers and Perth Scorchers play in the new year in the BBL.

The sides played earlier in the week with the Strikers winning by 71 runs but Perth will look to turn it around in the year ending clash.

The ONLY place to watch every match of the 2020/21 KFC BBL Season Live & Ad-Break Free During Play is on Fox Cricket, available on Kayo. New to Kayo? Get your free trial now & start streaming instantly >

After bowling a short ball, Callum Ferguson hit the ball deep into the outfield with one of his teammates misfielding a ball to give away a four.
Zampa appeared to say "f*** me".

In a BBL statement, it was revealed that "Zampa was found guilty of a Level 1 offence under the Cricket Australia Code of Conduct and accepted a penalty of one suspension point and a $2500 fine."