I’ve been involved in professional cricket for 44 seasons, and I have never, as a player or commentator, experienced a summer like this.

I have got a bigger kick out of cricket this summer than I ever have done before. It has been absolutely incredible.

England would have loved to have won the Ashes, of course, but when you take into account what a pressurised and exhausting summer it has been, this has been a more than acceptable outcome.

Now, with a new coach coming in, England are going to have to make some decisions about how to really invest in Test cricket and ensure England prosper.

Draw up the Root blueprint

Joe Root, now he’s through this summer, has got the chance to stamp his authority on this team, and start planning to get those Ashes back in two and a half years.

It seems to me that when a new coach is appointed, they slip in underneath the captain, and vice-versa. Root has a chance here to strike up a relationship with this new coach and absolutely set out a blueprint as to how he wants this team to play.

That’s not entirely how it’s been up until now. They have been too reckless; they have tried to attack too much.

A disciplined, patient, defensive period in a Test match is not old fashioned and boring – it’s essential.

The tour of New Zealand this winter is a really important two-Test series.

It’s not in the World Test Championship so it represents a big opportunity to look at some younger players – potentially openers Dominic Sibley or Zak Crawley – and bring back Ollie Pope to the middle order.

They will be really challenged – it will be early summer in New Zealand so the ball will move around and they have very fine seam bowlers – but England really have to take the opportunity to play the youngsters.

It also gives Jofra Archer a couple more games in his development and a chance for James Anderson to prove his fitness for subsequent tours to South Africa and Sri Lanka, which are in the World Test Championship.

Root needs to work out where he wants to bat – and how he wants his team to shape up.

They have to find a way of getting Sam Curran into the side and it is now time to start bedding in the youngsters for the next Ashes series.

They’ll also have to look at the wicketkeeping situation – although it’s ironic that just when people start talking about Jonny Bairstow relinquishing the gloves, he pulls off a fine stumping at The Oval.

He’s a good keeper but with Jos Buttler in the XI can England really afford the luxury of having two wicketkeepers who bat more or less the same way? It might be that Bairstow has to compete for a batting spot at six with Pope, or three or four with Joe Denly or Sibley.

At the moment, it’s a little bit of a luxury. 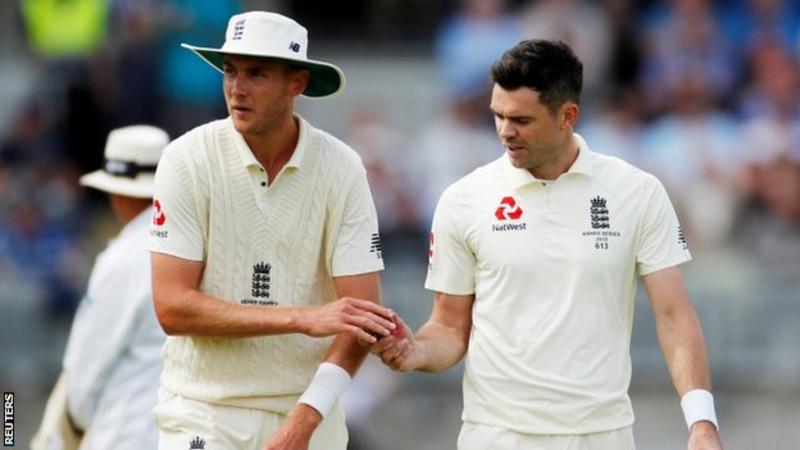 Stuart Broad and I spoke at the start of every Test this summer and there’s no doubt he felt really quite detached from all the World Cup euphoria.

He and Anderson both know the clock is ticking, and I know Broad has felt a little bit uncertain about his future. We had a long conversation and I think we agreed that, if he were dropped in the course of this series, he wouldn’t come back.

I advised him to break it down week by week – don’t look any further ahead than each week. He’s bowled better than ever in this series and he’s shown he can lead the attack in the absence of Anderson.

Root and England will need to manage their workload carefully – but they have so much experience to give, and wouldn’t it be fantastic to see Broad, Anderson, Archer and Stokes all playing together?

One England coach – but give them a rest

It’s easier when you have one coach across the formats – then you have a structure and they have so many deputies. I think the problem England have is actually attracting someone to do it. Any decent coach can make more than enough money just doing three or four T20 leagues.

There are three tours this winter – I don’t think, if you’re England coach, you should be expected to do all three. Give people more of a break. 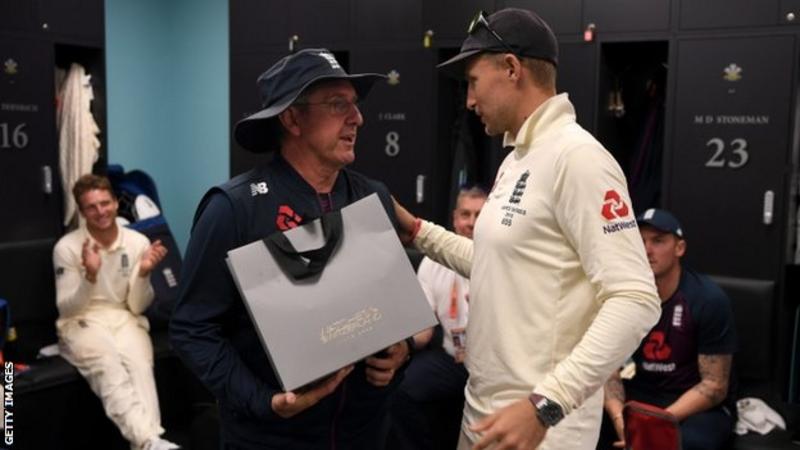 I was really interested to see how Trevor Bayliss would go this summer, preparing two squads to win a World Cup and an Ashes. How could one man do it? He’s had a lot of support and he is always the first to credit the players and coaches around him, but the one man coaching set-up has worked.

It has been a brilliant summer, with so many things that give you reason to be very cheerful.

More people are talking about cricket and the issue now is how you now maintain that interest. And that has to be about making it as widely available as it can possibly be.

It is everyone’s duty – broadcasters, writers, whoever they may be – to get it out there. People can be a bit frightened of it, because it’s a very technical game, but really, when you boil it down, it’s just who can score more runs. When people experience it, they get it very quickly.

Do we actually ‘need’ another one-day tournament? Of course, the answer is no. Is The Hundred going to serve a purpose? Hopefully.

It’s not about attracting a new audience; it’s about connecting with the cricket lovers who are out there but don’t come and watch mainstream cricket. We saw them at the World Cup – they are out there!

Celebrates the heroes – unlikely or not! 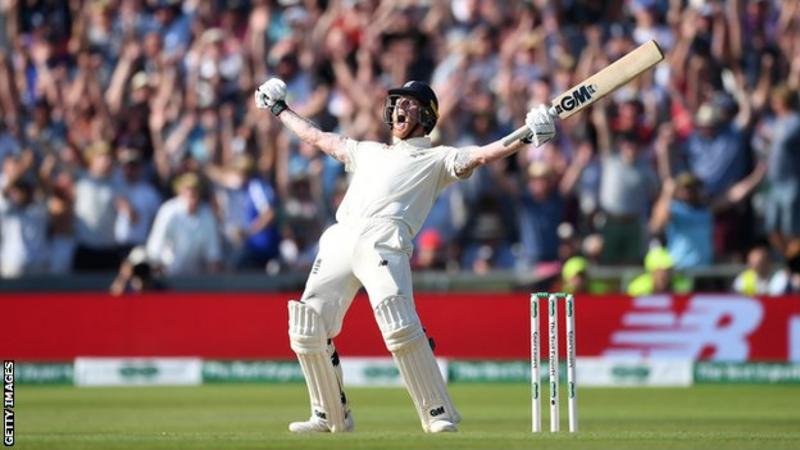 I’m always very protective of Test cricket and the Headingley Ashes Test showed everything that is so brilliant about it. It was something we will never see the like of again.

I love the individual characters that cricket produces and, more than most other sports, the unlikely heroes.

We have a very big hero in Stokes but also a very unlikely one in Jack Leach, who now gets cheered every time he comes out to bat after his dogged performance at the other end while Stokes was clattering his match-winning century.

It’s lovely. It’s something cricket provides that I don’t think other sports do. People connect with that – so let’s embrace it.

Make the Championship one division

I want as much focus and energy to go into Championship cricket as has gone into one-day cricket and driven us to a first World Cup win.

It means that when there are good overseas players signed – for example, when Glenn McGrath and Shane Warne came to play for Worcestershire and Hampshire – only half our players play against them.

I think players in the second division are largely unselectable for Test cricket because the standard simply isn’t good enough. County members can shout at me all they like, but we see the evidence when they get picked for England.

Inevitably, any good player will go and play for a first division club, because they know they won’t get picked in the second division, and that then creates a further imbalance.

If we are looking to go forward, and we have these new, centralised teams, it may be that we have to build a structure around that.

Maybe we do have 12 teams, which are really, very carefully geographically located. You have one division, everyone plays each other and you have fewer, better, players.

That would be something I would really strongly consider doing – but it’ll never happen! 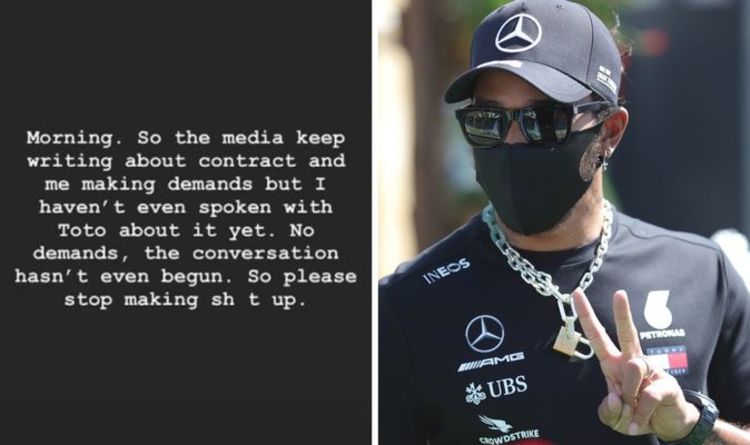