England won the fifth and final Test at The Oval by 135 runs to draw the series 2-2 and deny Australia a first series victory in England since 2001.

Paine said the series was not “an ending” for his captaincy and he had “a little bit to give in that space”.

“The urn is what we came to get,” he told Test Match Special.

“We knew the rules around the Ashes and a draw is good enough.

“I still think there’s plenty of improvement in this side. There’s always things we can get better at and there’s always business we can attend to. 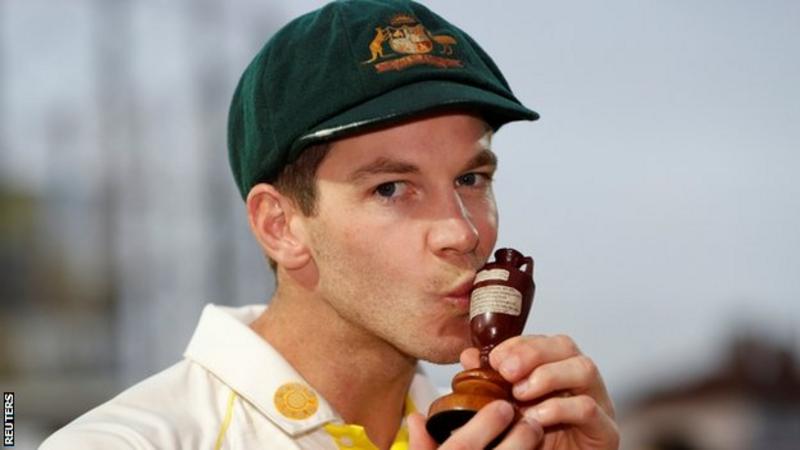 Paine was appointed Australia captain in the aftermath of the ball-tampering scandal in March 2018 and oversaw last year’s home summer.

Asked about how the team had turned around since the events in South Africa, Paine said: “It started before this Ashes series. It was there in the lead-up before the World Cup.

“From where we have come from, to make a World Cup semi-final and retain the Ashes is a really big achievement from what this team has been through.”

‘It meant a lot to have that reception’ 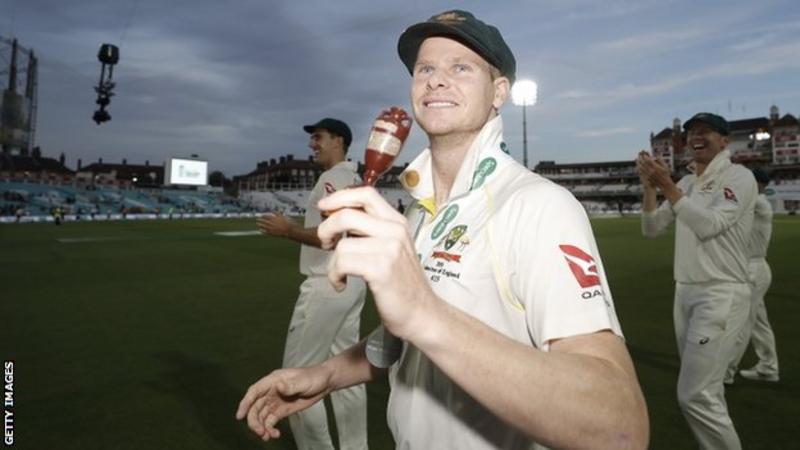 Batsman Steve Smith won the Compton-Miller medal for his astonishing series which saw him score 774 runs at 110.57.

Smith returned to Test cricket at Edgbaston after serving a year’s ban for his role in the ball-tampering affair and was heavily booed during the opening stages of the series.

However, he was given a standing ovation by the crowd at The Oval after England claimed his wicket for the final time.

“I noticed I got applause. It was a really nice reception I got today and it meant a lot to have it from the crowd.

“The series has ebbed and flowed. I’ve loved every minute and I’m really proud of how I’ve been able to performance for Australia and to bring the urn home.

“You always want to get better as a player. Keep working hard and nothing is ever too much.”

Smith also thanked his wife, Dani, and his family for their support during a difficult few years.

“It’s our first wedding anniversary today. She’d hate me if I didn’t mention that,” Smith said in his post-match news conference.

“The support she’s given me over here, I can’t thank her enough.”

Paine added that the experience in England of retaining the Ashes would be something he would “never forget”.

“I didn’t think I’d still be doing it [the captaincy], to be honest,” he added. 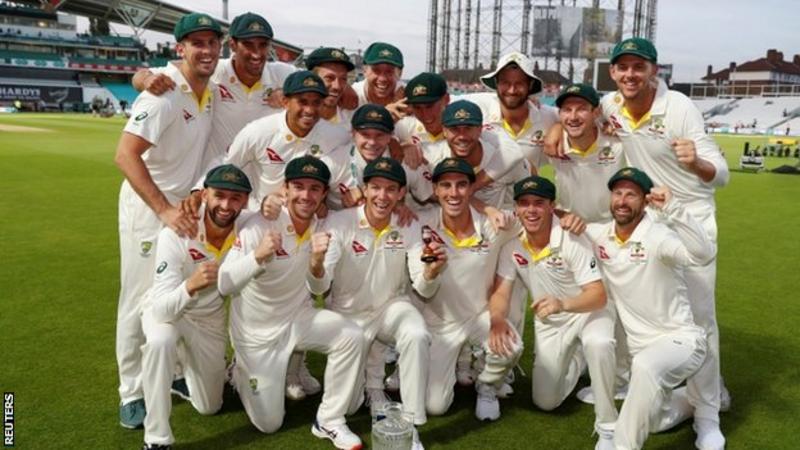 Australia leave England with the world’s number one batsman in Smith and number one bowler, Pat Cummins.

However, much like England, their batting has struggled – with the exception of Smith and Marnus Labuschagne, their top and middle order have not contributed.

David Warner ends the series with 95 runs from 10 Test innings – the lowest return for any opener in a five Test series – and Australia have tried two openers in Cameron Bancroft and Marcus Harris, neither of whom have particularly impressed.

Matthew Wade bookended the tour with centuries but there are questions over Warner, Usman Khawaja and Travis Head.

Australia will, however, leave with a sense of disappointment about not being able to close out a series win at The Oval.

“Tim Paine will have a few nightmares about this toss,” former Australia fast bowler Glenn McGrath said, after Paine opted to bowl first on a good batting track.

“England got a lot out of this last Test and 2-2 is not too far off the mark.”