England find themselves with a mountain to climb already after just one day of the 2021-22 Ashes series in Australia.

A five-match series offers plenty of chances of redemption though, and England’s bowlers will be looking to dig them out of a hole on day two.

Australia start their innings in the morning session after much of the afternoon’s play was washed out on day one.

England needed that! It was already looking a little ominous but Ollie Robinson has looked good this morning and he has become the first name on the England bowling team-sheet for this Ashes tour.

Now he has taken the wicket of Marcus Harris, who looks better playing for Leicestershire than he does Australia. Big moments in this first Test now.

David Warner, Marnus Labuschagne and Steve Smith are the most important three batters in the Australian line-up. England simply must get them early if they are to stay in this Test.

That is what England needed. Harris – who has a proclivity for pushing and being caught behind the wicket – does so here at a delivery he should leave, and Malan takes a good low catch at third slip.

Robinson takes his first Ashes wicket and his first scalp in Australia.

Woakes persists with the over-the-wicket angle and Warner responds by crunching a glorious drive down the ground for the first Australia boundary of the innings.

That appears to annoy Woakes and makes him bang it in short, which Warner does well to dodge. 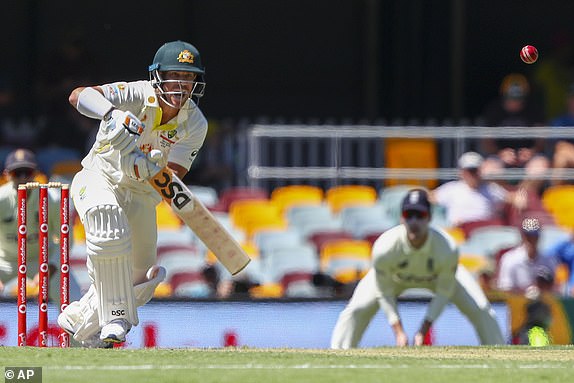 Shane Warne has finally said something sensible in this risible Fox Sports coverage of the first Test.

Why aren’t Ollie Robinson and Chris Woakes coming round the wicket to David Warner? We all know that’s how Stuart Broad had so much success against Warner in 2019.

And why isn’t Broad playing in the first place? But that’s another argument, or course….

Much like those flats by Lord’s, fans living near the flats at the Gabba are making the most of them as the cameraman turns to get a good look at the extremes they are going to to watch the game.

On the field meanwhile Warner knocks another quick single down the ground, before Robinson beats Harris with a beauty with the final ball of the over.

Chris Woakes may have taken an over to get into his stride but a fuller delivery to start his second over has Warner flirting with danger.

But much like Pope yesterday, Warner is keen to drop and run, nudging another into the leg side and scampering through for a run.

Good stuff still from Woakes, who has clearly realised the need to be fuller, but Harris leaves the remaining balls in the over well.

In other news, no signs of any beer snakes just yet… 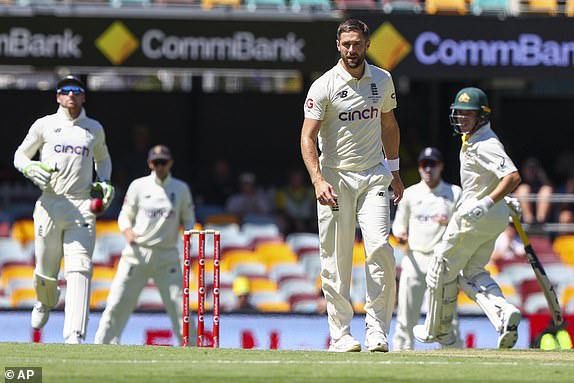 Ollie Robinson took 28 wickets in the summer in the New Zealand and India series and immediately tests Harris here, nibbling one past Harris’ outside edge first up.

Harris however successfully negotiates his over, but a steady start from the Sussex man.

Naturally, it’s a beautiful morning at the Gabba, which adds insult to the injury of Joe Root’s decision to bat first under grey skies yesterday.

And while Rory Burns made the first ball of the England innings look like a world-beater, David Warner drops Chris Woakes’s first offering into the off side and scampers a single. Australia 4-0 off the first over, and they’re up and running.

There is no repeat of yesterday for England, with Warner getting off the mark with a nudge into the offside straight away. He does take a whack in the back though from Stokes’ shy at the stumps.

Marcus Harris – who will be familiar to Leicestershire fans after his stint at Grace Road in the summer – gets off the mark three balls later, punching through the covers for a couple.

So here we go then, day two at the Gabba. Joe Root leads England out and they are followed by Marcus Harris and David Warner, who receive warm home applause.

Can England get a similar start to Australia yesterday, when Starc bowled Burns round his legs? Time to find out… 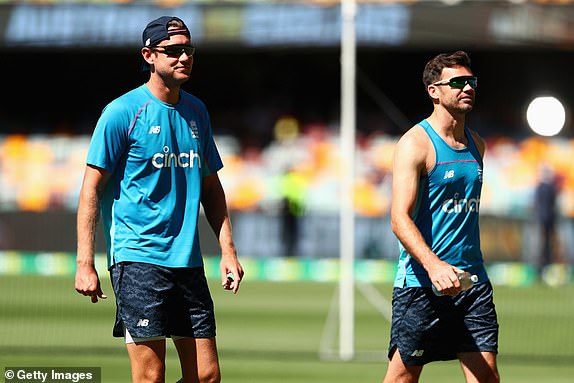 Glenn McGrath thinks the pitch still looks pretty good ahead of Day Two, a couple of cracks are starting to show but he is not expecting too much difference from yesterday.

I realise this video will probably be only be inviting to one side’s fans (and Starc, evidently) but here’s a look back at what happened on the opening day of the 2021-22 Ashes.

‘It took a while to find a way to drown out the drivel emanating from surely the worst ever TV broadcast of an opening day of an Ashes series but it was possible.

“It was just a matter of syncing the BBC radio commentary with the BT Sport pictures.’

Read what Ian Herbert had to say below

If any England fans were perfecting their rain dances today (after some well-earned sleep of course), I am afraid that for the time being those wishes have gone unheard.

As you probably saw in the picture in the previous post, there is no immediate sign of any rain…. 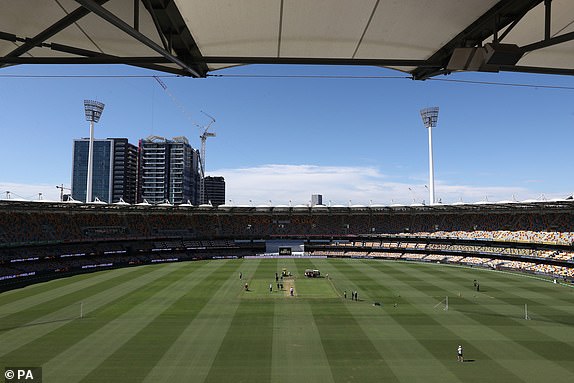 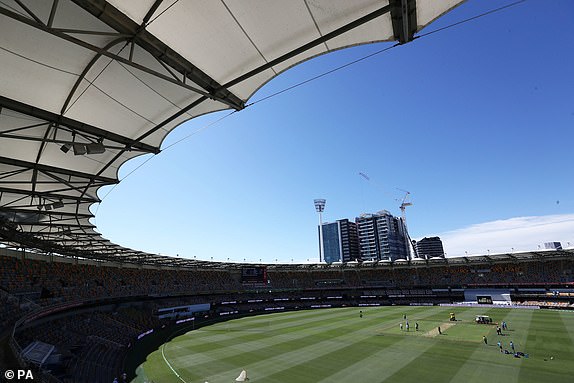 A new day brings new hope they say, and England will have to believe that is the case.

Bowled out in 50.1 overs by Australia for just 147, Joe Root needs his bowlers to get them back into the game.

A huge day ahead, so join me and see what England’s response is to a chastening day at the Gabba on Wednesday. 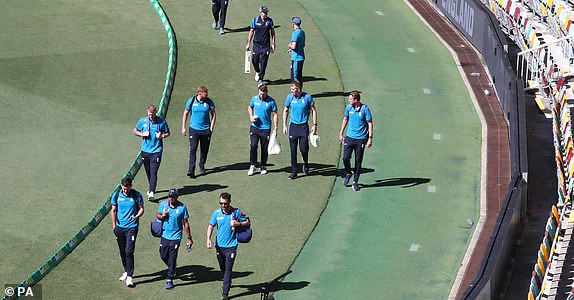