England opener Tammy Beaumont believes Tahlia McGrath’s match-winning innings was one of the best she has seen after Australia stormed to a nine-wicket victory in the first Twenty20 of the Women’s Ashes.

McGrath scored an unbeaten 91 off just 49 balls, hitting 13 fours and a six, as Australia chased down a target of 170 with three overs to spare in Adelaide to draw first blood in the series.

The Adelaide-born all-rounder, selected ahead of Australian talisman Ellyse Perry, also impressed with the ball, claiming three quick wickets towards the back end of England’s innings to help limit the tourists to 169 for four after they had looked set for a much bigger total. 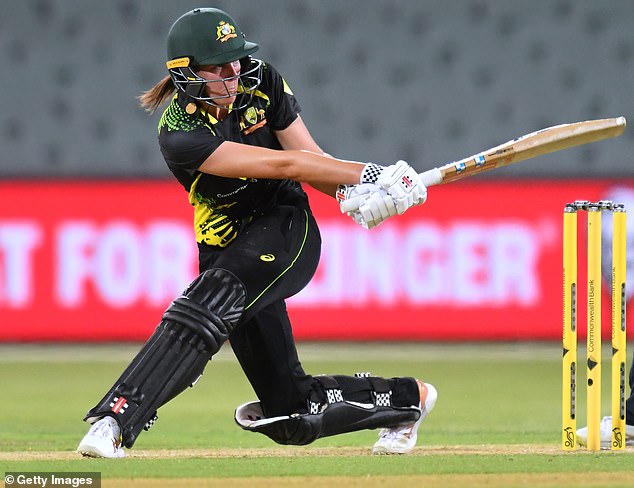 Beaumont contributed 30 to an opening stand of 82 with Danni Wyatt as England made a strong start after being sent in, but it was 26-year-old McGrath who stole the limelight – much to the admiration of her former Adelaide Strikers team-mate.

Beaumont said: ‘I know Tahlia from playing at Strikers and I’ve just said to her “I think that’s one of the best innings I’ve ever seen”, so it’s hard (to say I’m frustrated).

‘I think traditionally those pitches get better under lights and I think that’s why both teams wanted to bowl first.

‘But we would have been happy to get 170 this morning and I’m really happy with how I went about it with the bat but honestly if I could go back I would have maybe tried to get a few more.’ 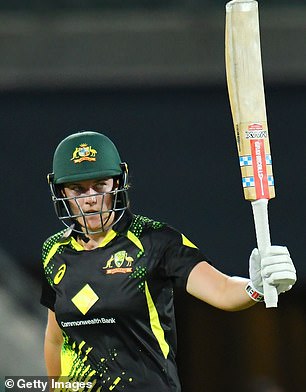 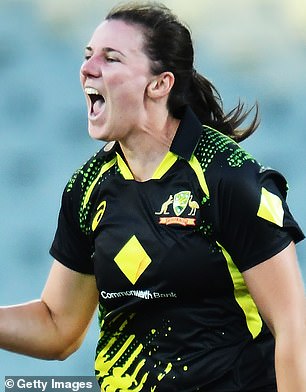 Wyatt led the charge for England with a powerful 70 from 54 balls and Heather Knight’s side looked on course for an impressive total as they progressed to 141 for one in the 17th over.

McGrath helped peg them back with the wickets of Nat Sciver (32), Wyatt and Amy Jones (four) and ultimately their score of 169 proved little threat once McGrath and Meg Lanning (64 not out) got going, but Beaumont insisted there were plenty of things England could build on from the game.

‘I think there’s a lot of positives to take out. I think we came out here and played the way that we want to play T20 cricket and to put 170 on the board is certainly the way we go about it,’ the Kent batter said.

‘The way Danni Wyatt came out and attacked – especially the spinners down the ground – and she can work incredibly hard at getting it over mid-on and I thought that was exceptional.’ 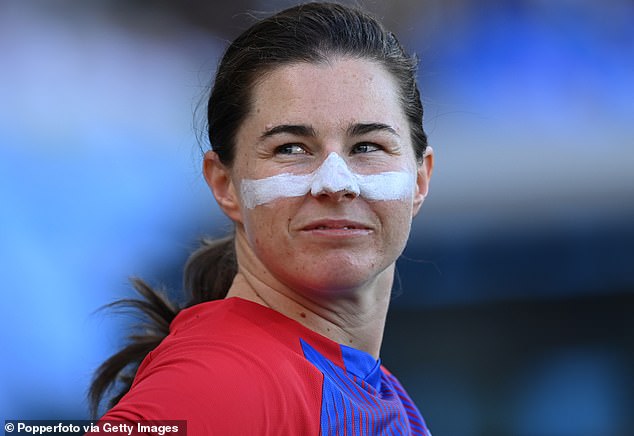 Despite losing the early wicket of Alyssa Healy for seven, Australia produced their record successful chase and the fifth highest in all women’s T20 internationals – and with plenty of room to spare.

McGrath, who had made only three previous T20I appearances, hailed the support of her captain Lanning, who was promoted to opener in the absence of Beth Mooney.

‘It was a lot of fun, and obviously batting with Meg out there she was really good for me and just telling me to keep playing to my strengths,’ she said.

‘Every time I went away from that she would keep reminding me, so a lot of fun, just extra-special being on the Adelaide Oval as well.’