England’s modest marvel Ben Foakes has proven he is the full package, says long-time mentor Alec Stewart… as the best wicketkeeper in the world heads into the third South Africa Test more established than ever

There may not be a less likely practitioner of ‘Bazball’ than Ben Foakes but, in his under-stated way, the best wicketkeeper in the world has shown he finally belongs with England.

Foakes goes into Thursday’s deciding Test against South Africa at his home ground of the Oval more established than ever before after the century in partnership with his captain Ben Stokes that did so much at Old Trafford to level the LV = Insurance series.

He did it by proving not everyone has to play in a high-octane, ultra-positive way to fit in with the philosophies of Stokes and Brendon McCullum that have transformed England. 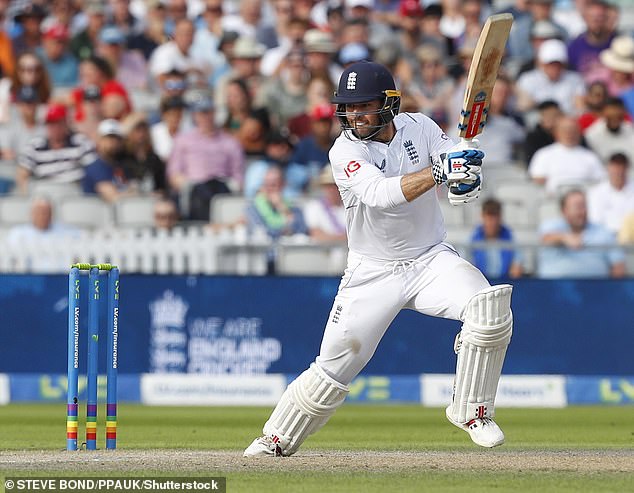 ‘Under-stated is the perfect way to describe Foakesy,’ says his director of cricket at Surrey and long-time mentor Alec Stewart. ‘That century at Old Trafford summed him up.

‘It was a wonderful hundred but once the captain got one that was always going to be the headline. Foakesy’s contribution was not exactly forgotten but everything he does is under-stated. As brilliant a keeper as he is it’s not in a flamboyant way.

‘He’s the same as a person. He just lets his gloves and bat do the talking. I’ve just spent two hours with him at the Oval working with him and he’s such a pleasure to work with. When people want to get better you like to see them rewarded.’ Foakes rewards have been a long time coming. It was Stewart who, five years ago, described him as the best gloveman in the world and he has justified that lofty assessment pretty much every time he has had his chance with England. 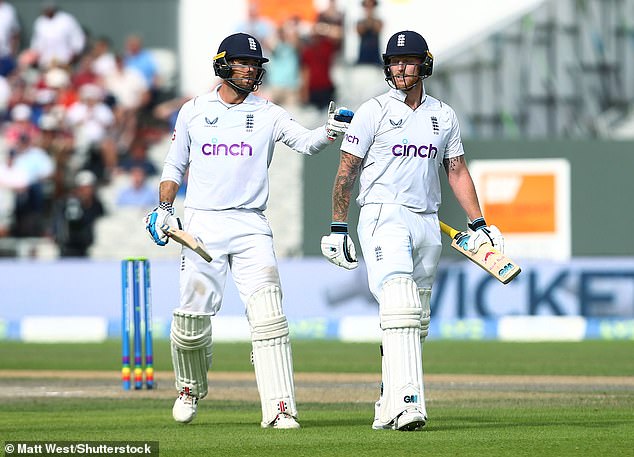 But the modern way of a keeper having to be a batter first coupled with the riches at England’s disposal in the form of Jonny Bairstow and Jos Buttler has seen him in and out of the side.

Foakes, now 29, is a good enough batter to average almost 40 in first-class cricket and bat at five for Surrey but, since a century on Test debut against Sri Lanka in Galle in 2018, he has never quite done enough to prove he belonged with bat as well as gloves.

Freak injuries, like slipping in the Oval dressing room and tearing a hamstring last year, plus an ill-timed bout of Covid earlier this summer have not exactly helped. 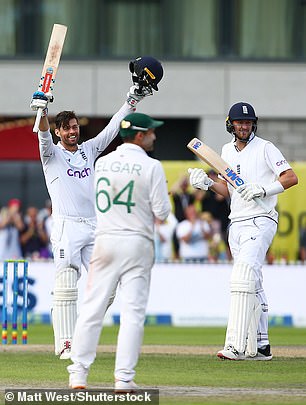 Most pertinently, there were doubts within England’s old coaching set-up, first revealed in Sportsmail, about Foakes ability to cope with short-pitched bowling at the highest level. Which is why the way he played Anrich Nortje on an Old Trafford pitch with bounce to make 113 was so significant.

‘I remember ringing you a couple of years ago because of that suggestion he couldn’t play short bowling,’ Stewart told Sportsmail. ‘He absolutely can play it as he showed at Old Trafford but the way he got out second innings at Lord’s did add to that theory.

‘If Ben is batting with a batsman for any length of time, as he did with Stokes, he can bat normally but coming in at seven he’s still working out the best way to bat with the tail. He’s not someone who can bat like Stokes and hit every second ball for six so there have been times he’s got himself out trying to play for the team in a foreign way.

‘He’s sacrificed himself trying to do what’s right for the team because of what eight, nine 10 and 11 perhaps haven’t been able to do. If he can have partnerships with Stokes, Ollie Pope or the other batters we’ll see him at his best because I think he’s good enough to play Test cricket as a batter alone. He’s just a different type of player.’ 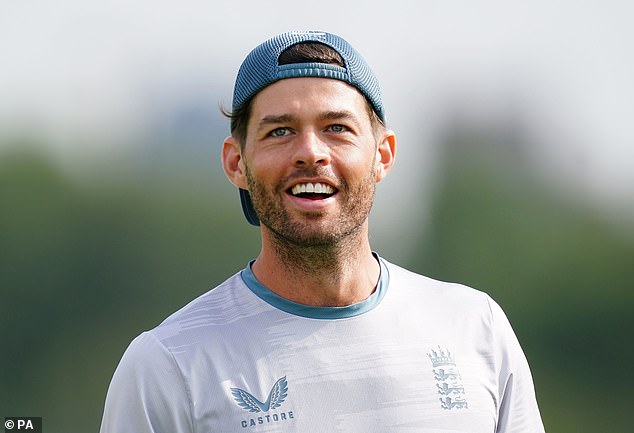 It is still Foakes keeping that particularly stands out and England legend Stewart, one of the best batter-keepers of them all, has never wavered in his admiration.

‘I am biased because I’ve worked with him so much but I also like to think I’m a fair judge and he is still the best keeper out there,’ said Stewart. ‘He will drop catches because every keeper who’s ever lived, even if you’re Alan Knott or whoever, has dropped catches but when Ben does drop one you think ‘blimey’ because you don’t expect that.

‘He can do things that others can’t and people who perhaps don’t appreciate keeping don’t see some of the stuff he does quietly.

‘For instance he says Matt Potts, with the wobbling ball, is one of the hardest bowlers to keep to. But most people watching wouldn’t see that because he makes it look easy. He’s hardly dropped a delivery off him let alone chances.’

Clearly the confidence Foakes gained when Stokes was adamant at the start of his captaincy reign that he wanted him in his side has been hugely beneficial to Foakes. Now he has made that breakthrough hundred he should be here to stay with England.

‘I’d like to think he’ll earn himself an England contract now which is another big tick in the box,’ added Stewart. ‘Ben’s in possession and those words from the captain at the start of the summer in support were huge for him.

‘He’s comfortable within the team which allows him now to be more relaxed and do what he can do. He’s a good thinker on the game too. We use his knowledge in our rooms and I understand they tap into what he thinks in the England set up too because keeping wicket is a great place to see angles and all aspects of the game. I hear England are very impressed with what he has to offer.’

That is increasingly so with gloves and bat too.