Chris Jordan is one of a handful of England cricketers to have been tested for coronavirus but the fast bowler has insisted he never felt in danger at the Pakistan Super League.

The majority of overseas players cut short their PSL contracts as the pandemic escalated earlier this month, but Jordan joined fellow Englishmen Ravi Bopara, Moeen Ali and Samit Patel in committing to a truncated version of the Twenty20 tournament.

The Sussex seamer was preparing for a semi-final in Lahore last Sunday when news came through that his Karachi Kings team-mate Alex Hales had begun to experience symptoms on his return to England, leading to an immediate abandonment of the remaining fixtures.

Before returning home Jordan was offered and accepted a test for the virus, which came back negative.

“I spoke to Alex when he began to feel unwell, he contacted the guys in our team to let them know what he was experiencing and from there things moved pretty quickly,” he told PA news agency.

“We took the test, but I wasn’t overly concerned because I had been following it quite closely. I knew it could take anyone down but also that there has been many more recoveries.

“Once I had an understanding of how it was attacking people and who was most vulnerable to it, I tried to stay pretty calm about it. Some people who have had it don’t show symptoms so it was important that I knew so that I could keep myself to myself.”

Reflecting on his decision to remain on duty for the knockout matches in Pakistan – games which would have been devoured by cricket fans starved of live action elsewhere in the world – Jordan has no regrets.

With much lower incidence in the country than back home in the United Kingdom, and constant stream of advice and information, the 31-year-old felt secure enough to focus on his cricket.

“It was up to each person to make their own decision and everyone has their own scenario – be it their family or their kids. It wasn’t a case of ‘one go, all go’ or ‘one stay, all stay’,” he said.

“Pretty much all the other cricket was gone in the end, everything, but the cases in Pakistan were still minimal. In the end the questions you had to answer were about what if things move quickly back in England, could we get back? I always felt if anything was happening we would get notified early.” 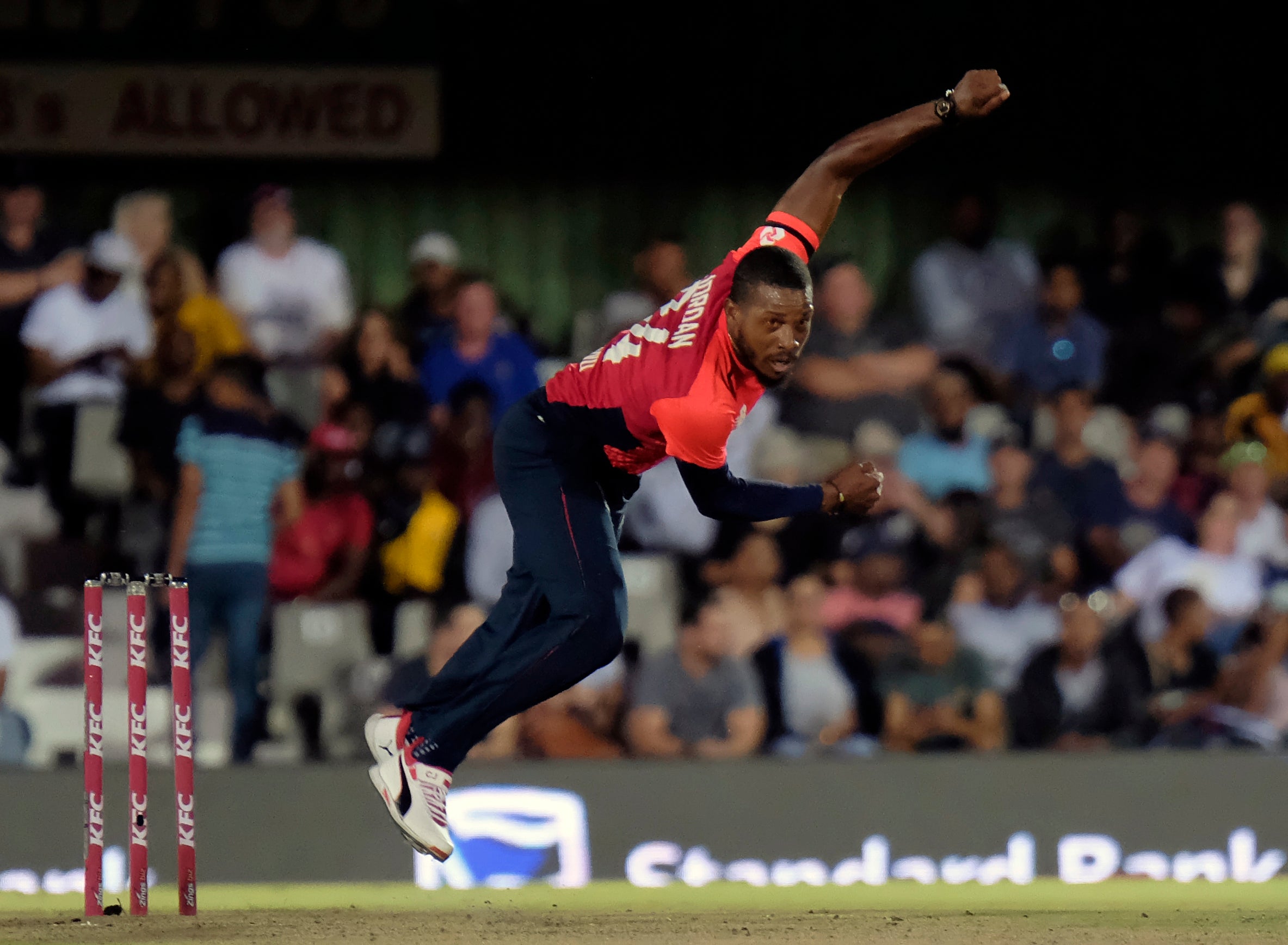 Fast forward a week and Jordan is back at home, on lockdown by himself with the rest of his close family living in Barbados.

Fitness sessions are no problem, with a current schedule of three workouts a day, but he is already hankering for a full cricket session.

“I can’t remember the last time I went this long without a net. I’ve constantly got a ball in my hand – a new white ball, just how it like it!” he said.

“I’m just shadow bowling all the time, going through my action and getting ready for when the time comes again.”

As for when or where that call will come, Jordan is not in the market for making predictions.

“Speculations can take you to a dangerous place. That’s not my state of mind,” he said.

“A few days ago we didn’t know we’d be on lockdown… In three weeks everything might have escalated or it might have eased up. Who knows?”