Inevitably, some of the two and a half thousand who gathered at Trent Bridge for the opening day of the County Championship season on Friday had braved the chill to watch a number four christened Joe bat.

Yorkshire’s privilege as the away side of inviting Nottinghamshire to bat meant that Test captain Joe Root’s involvement was restricted to multiple spells of his off-spin, however, leaving Joe Clarke to take centre stage in front of England selector James Taylor.

Clarke, who could yet be called as a witness in the retrial of his former Worcestershire team-mate and close friend Alex Hepburn on two charges of rape when it comes up in crown court this coming Monday, put any off-field distractions to one side with the competition’s first hundred – an unbeaten 109 in a total of 324 for five. 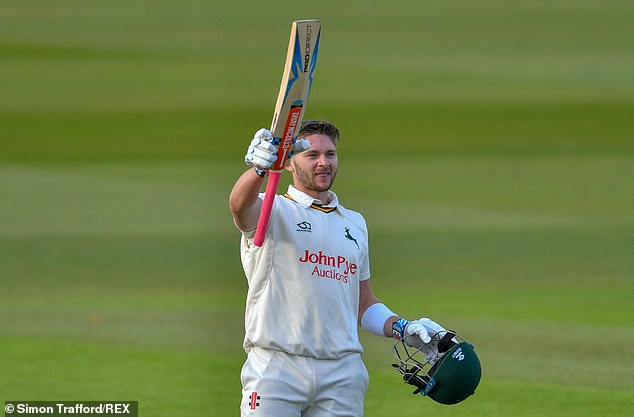 The 22-year-old quit New Road last September for a new challenge and excelled on debut at a time when Ashes places are very much up for grabs, batting in accomplished manner to reach his 14th three-figure score in first-class cricket, by clipping his 15th four through midwicket, a quarter of an hour from the close.

There was a time when the start of the Championship season was a quaint sideshow before the big stuff began but England’s perpetual top-order struggles have given this one a very different feel.

Clarke does not bat in the problem top-three positions but weight of runs at a bowler-friendly time of year will make a big statement and he was on the periphery of Test selection throughout his past couple of years at Worcestershire.

There was some of Root’s elegance about his strokes here, particularly after the departure of Ben Slater – Nottinghamshire’s other batsman to pass 50 – to a trademark Duanne Olivier dismissal. 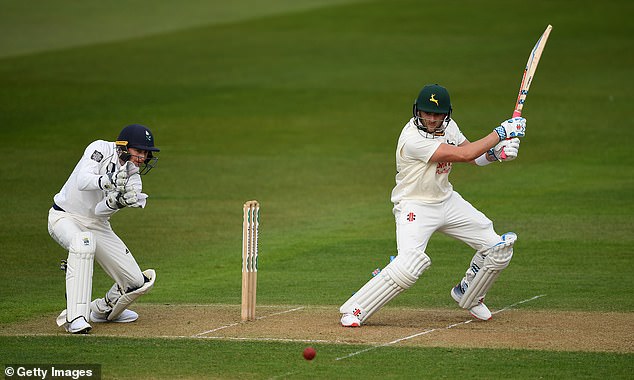 Having failed to open his account in his first morning of a three-year Kolpak deal he hopes leads to England honours, the South African fast bowler bounced out the left-handed Slater in mid-afternoon- the manner in which he accounted for several Pakistan opponents over the winter. Olivier, 26, also snared Notts captain Steven Mullaney in more conventional manner after tea.

Elsewhere in Division One, Sam Northeast struck an unbeaten 94 before bad light brought a premature close to Hampshire’s home contest against 2017 champions Essex. James Vince’s team will resume on Saturday on 303 for four. There was no play at all between Somerset and newly-promoted Kent at Taunton due to rain.

Bowling honours went to Leicestershire seamer Tom Taylor, who claimed the season’s maiden five-wicket haul – a career-best six for 47 as Sussex were ransacked for 173 at Hove. In response, Sussex’s Pakistani left-armer struck three times to leave the contest in the balance.

Durham made the perfect start when Chris Rushworth took two wickets from the match’s first three balls at Derby. Derbyshire recovered but fell three runs short of a batting point. 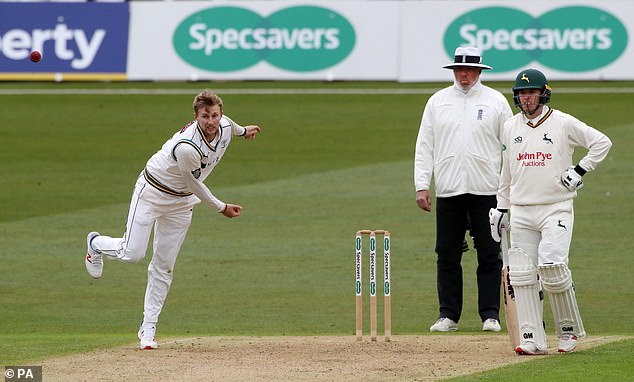 At Wantage Road, Middlesex’s Toby Roland-Jones, who missed the whole of last summer due to injury, was amongst the wickets as Northamptonshire passed 300 after being asked to bat.

More heartening news of recent England discards came in Haseeb Hameed’s return to form, following a dismal 2018 season in which he averaged single figures in Division One.

Batting at number three for Lancashire in a fixture that does not hold first-class status due to the fact that Loughborough MCCU have already played two matches this season, the 22-year-old hit a double hundred, his highest score for the club’s first XI.

*Ross Taylor, the most prolific one-day international batsman in New Zealand’s history, has joined Middlesex in an early-season white-ball deal in which he will play five group matches and be available for the semi-finals.