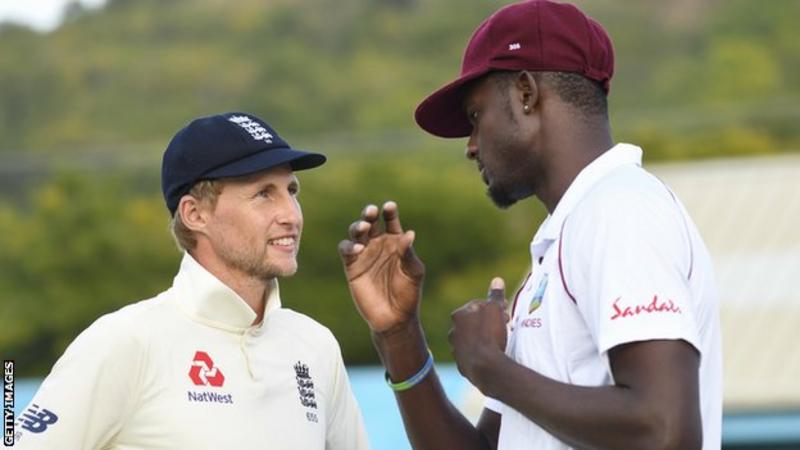 Cricket West Indies has agreed “in principle” to July’s Test tour of England, but players and staff will take a 50% pay cut.

Next week, the England and Wales Cricket Board (ECB) is expected to announce a revamped summer schedule.

England’s three-Test series against West Indies is set to start on 8 July.

The matches are to be played behind closed doors in a bio-secure environment at Hampshire’s Ageas Bowl and Lancashire’s Old Trafford.

The series must first be approved by the UK government and the West Indies squad would have to quarantine for 14 days upon arrival under current rules.

“The board gave approval in principle for the proposed upcoming West Indies Test tour of England,” said a Cricket West Indies statement.

“The decision comes only after Cricket West Indies medical and cricket-related representatives and advisers have been involved in detailed discussions with the ECB, and its own medical and public health advisers.”

Coronavirus replacements could be allowed during the series, which for England is expected to be followed by one-day internationals against Ireland and a tour by Pakistan.

Earlier in May, the International Cricket Council revealed plans to ban the use of saliva to shine the ball amid the coronavirus pandemic.

England have named 14 uncapped players in a group of 55 that have been asked to return to training.

Cricket West Indies president Ricky Skerritt said of the temporary pay cuts: “This pandemic is hurting every West Indian and this decision to cut staff and player incomes has been a very difficult one to make; one that will impact so many members of the cricketing family around the Caribbean.”