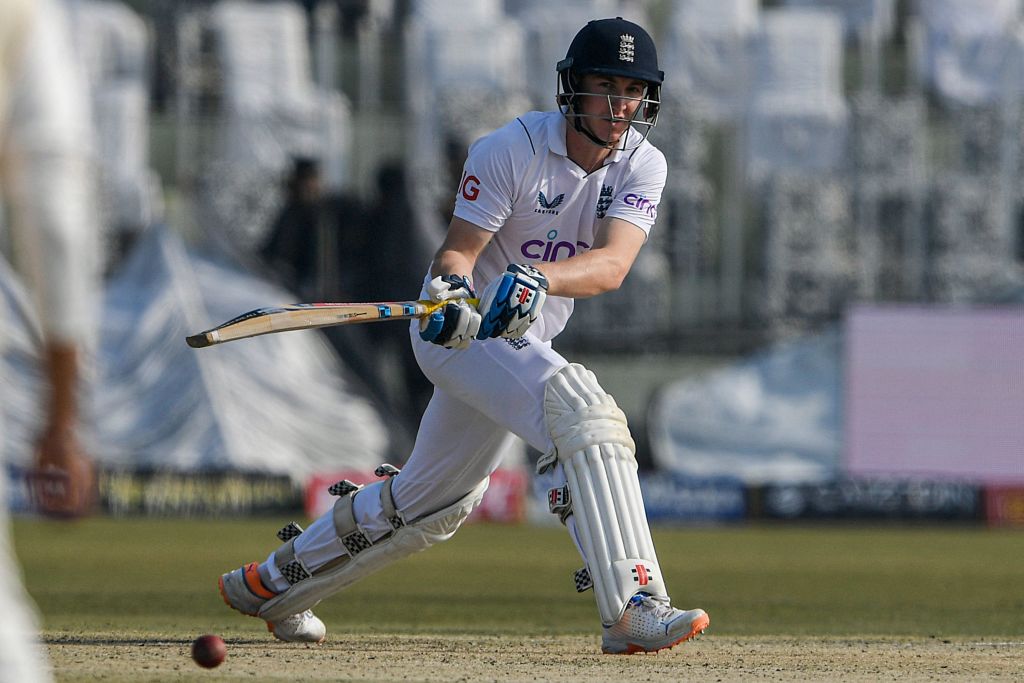 England broke more batting records before Pakistan’s openers fought back on day two of the first Test in Rawalpindi.

Records tumbled on day one as England became the first team to score 500 on the first day of a Test match, with four players scoring centuries.

Zak Crawley, Ben Duckett, Ollie Pope and Harry Brook all made tons to take England to 506-4 off just 75 overs.

England added another 151 on day two as Brook finished with 153 off 116 balls and debutant Will Jacks and Ollie Robinson chipped in with lower-order runs.

England’s 657 all out is their highest ever total in Asia, while Brook scored the most runs in a single over for England in Test cricket when he smashed Pakistan leg-spinner Zahid Mahmood for 27.

Pakistan, hosting England in a Test match for the first time in 17 years, looked shell-shocked in the field but began to fight back after England’s mammoth innings came to an end.

‘The first point of call was getting the partnership going, and they don’t look like they’re done yet. They very much stayed true to their rhythm and weren’t phased by how England went through their innings.’

Former Sri Lanka captain Kumar Sangakkara added: ‘The Pakistan openers did really well. It’s a brilliant effort from them both.

‘England will need some half chances and something to happen to stop this match from drifting.’