England were denied a 6-0 tour whitewash over Sri Lanka by an almighty downpour in Bristol, but not before Tom Curran took the chance to find some form against obliging opponents.

Having already won all three Twenty20s, Eoin Morgan’s men were on course to replicate the scoreline in a Royal London one-day series that has barely threatened to reach the required standard of competitiveness.

They did everything they could, skittling complicit opposition for 166 as Curran claimed four for 35, but the intervention of heavy and relentless rain meant a straightforward chase was never able to get under way. 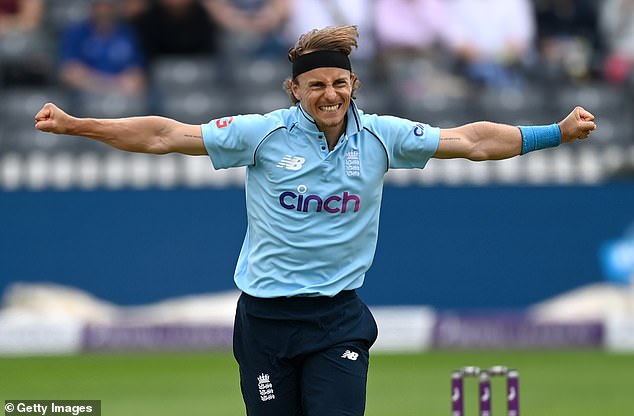 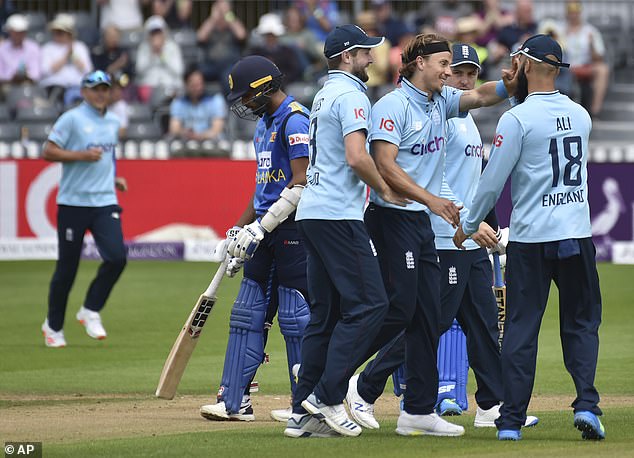 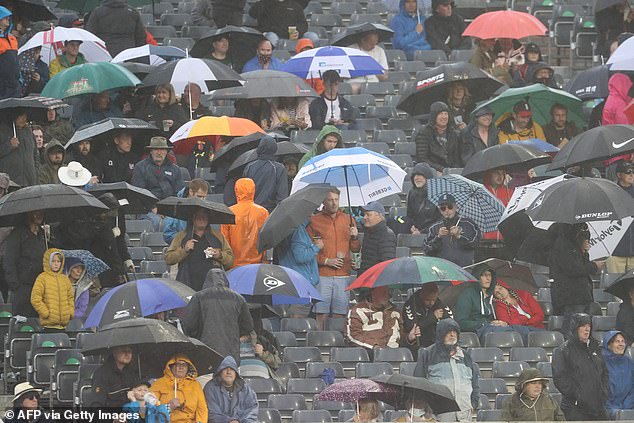 It was an important return to form for the Surrey man, who had gone wicketless in his last five matches across both white-ball formats, inviting questions over his place in a full-strength squad. By way of riposte, the second best figures of his England career were a decent start.

Given the one-sided nature of the previous matches the crowd at Bristol arrived in anticipation of three things from England: some fresh faces on the team-sheet, big runs after batting first and, of course, a home win.

In the end they go none of the three. There was no debut for George Garton, no recalls for Liam Dawson, Liam Livingstone or Tom Banton, no change to Eoin Morgan’s familiar method of ‘win toss, bowl first’ and, ultimately, no result.

England had previously restricted Sri Lanka to 185 and 241 and they were ready to incite another barrel-scraping effort from the top order. Once again the new-ball bowlers did the spade work, Chris Woakes and David Willey sharing the wickets as they lumbered to 45 for four in the powerplay. 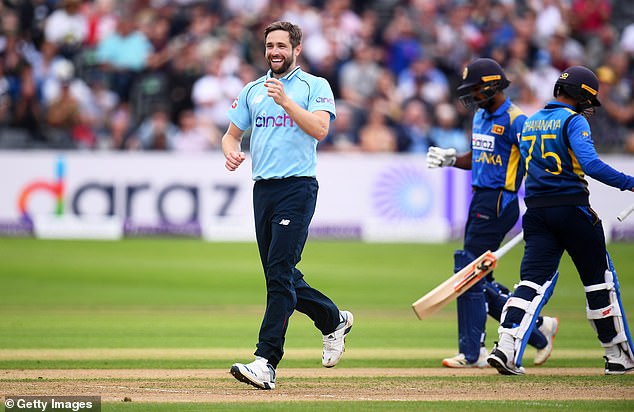 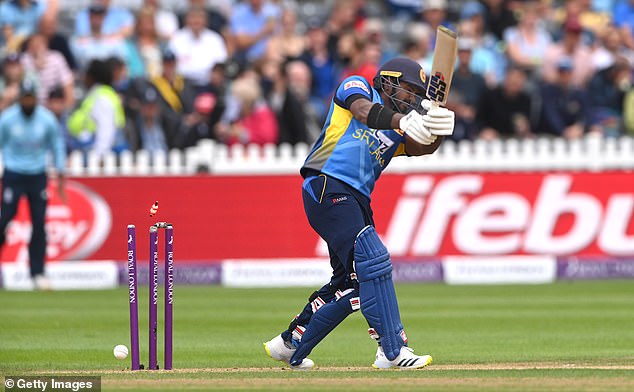 Woakes, replacing Mark Wood in the only change to the XI, was straight back into the groove as captain Kusal Perera dragged down his own stumps in the third over. At the other end Willey was thrown the new ball ahead of Sam Curran, despite the latter’s five-wicket haul at the Kia Oval.

He started sloppily, conceding 17 in his first two overs, but tightened up impressively to send back Avishka Fernando lbw and Pathum Nissanka via a flashy edge. Faced with a similarly precarious position two days ago Dhananjaya De Silva produced a gem of a knock, hitting 91 to make a contest of things.

There would be no reprise, with the all-rounder managing a single boundary by way of protest before swatting Woakes’ bouncer straight to fine-leg.

With the match withering appreciably as a contest there was already the whiff of anti-climax, but with his place under scrutiny, the stakes were real for Tom Curran. 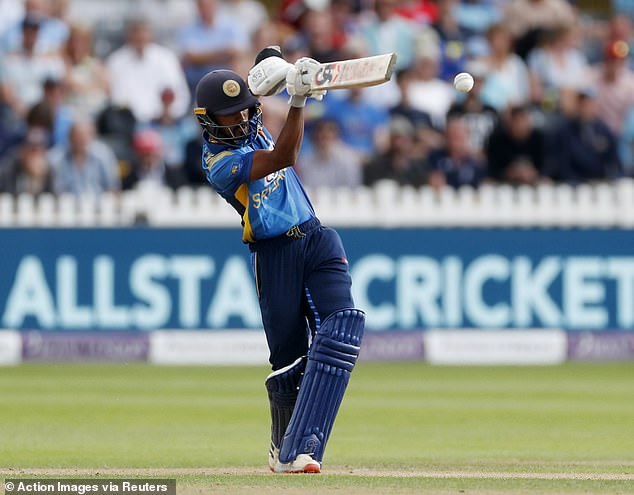 He had failed to claim a scalp in 34 overs across three ODIs and two T20s but was offered an early gift from Oshada Fernando, whose weak and wobbly drive looped to mid-off to end the barren run. Even better, he made it two when Wanindu Hasaranga’s weakness for a botched pull shot reared its head.

After a short rest, during which Sri Lanka were slowed down again by Woakes’ accuracy, he was back in the attack and doubled his haul by pounding the channel outside off.

Inviting Chamika Karunaratne and Binura Fernando to make a mistake, Jonny Bairstow was on hand when both did. The first of his catches was one for the scrapbook, tumbling to the right to gather with one glove. 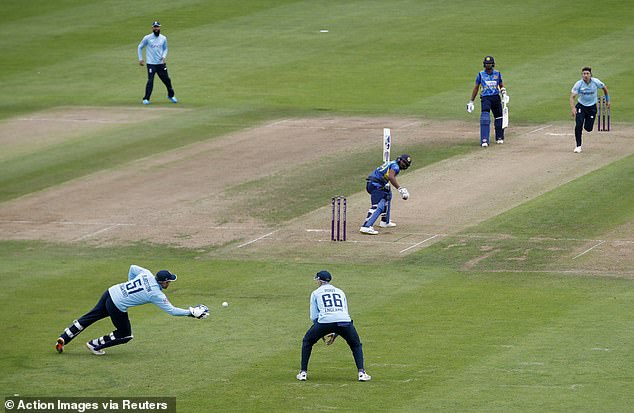 A five-wicket haul to match the one taken by brother Sam in the previous match seemingly beckoned, but his last two overs after a rain delay yielded only a couple of close calls and four unfortunate overthrows.

Dasun Shanaka spared his side an even quicker demise, clubbing Adil Rashid for two sixes and making the most of some eccentric field placements to reach 48 not out.

But England still wrapped things up in the 42nd over, Bairstow sharply stumping Dushmantha Chameera and Asitha Fernando run out in slapstick fashion.

The rain meant that was the last action possible, sparing Sri Lanka another inevitable defeat. 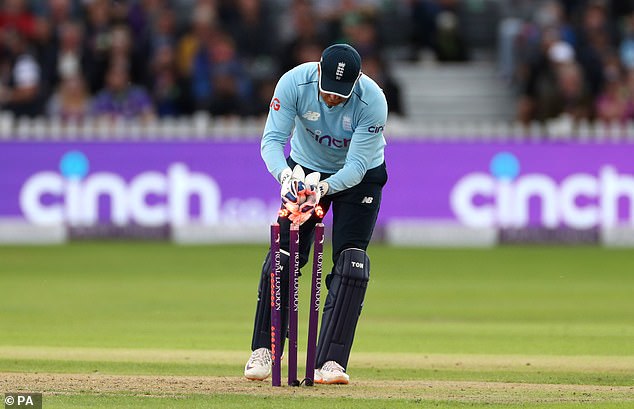 A comedy run-out brought an end to the innings, but it would be the rain that had the final say