Essex’s dual defence of the County Championship and Bob Willis Trophy looks to be over after their match against Derbyshire was abandoned ahead of the second day’s play.

A positive Covid test within the Derbyshire squad meant a host of home players were forced into self-isolation and led to the match officials James Middlebrook and Neil Mallender pulling up stumps before the scheduled 11am resumption.

It denied Essex – who were in a strong position 60 runs behind Derbyshire with seven first-innings wickets intact – the opportunity to push for the win they required to keep their hopes of a top-two finish in Group One alive. 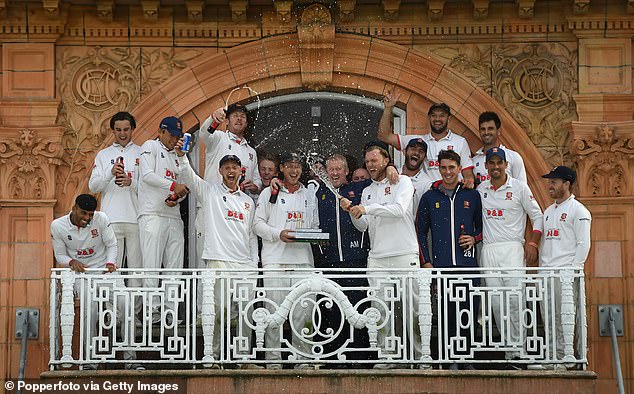 Under this year’s Championship rules, the leading six teams after 10 rounds of competition will form a Division One, from which the champions will be crowned following four further matches. The top two then play off over five days at Lord’s for the BWT silverware.

Essex were title winners in 2019 and triumphed in the BWT last autumn when they beat Somerset on first innings.

Confirmation about the points to be awarded from the game will be announced in due course but a precedent was set last summer when Northamptonshire’s fixture at Gloucestershire was pulled after one session when Ben Curran contracted coronavirus.

Both sides took eight draw points and the bonus points accrued in what play had been possible, meaning Northants left with an extra two for capturing six home wickets.

A similar application would see Essex take 11 points and leave them on 129 overall, short of the tallies of the top two of Nottinghamshire and Warwickshire.

‘Due to the isolation protocols and impact on Derbyshire’s available playing squad the umpires have abandoned the match,’ the ECB confirmed in a statement.

‘The ECB has worked closely with Public Heath England and both Derbyshire and Essex County Cricket Clubs with the health and safety of players, staff and officials the priority.’