A couple of weeks ago, when England coach Chris Silverwood was discussing his first Test squad as head selector, he was asked a simple question. Was he worried about offending New Zealand?

It was not a comment on those selected. Though green-tinged and lacking some star names, it still carries the backbone of the top order, captain and a pair of opening bowlers with 1,131 wickets between them. But after discussions around absentees and would-be debutants, such as Ollie Robinson and James Bracey – both due to be named in the XI at Lord’s on Wednesday – the conversation turned to planning for the five-Test series against India, the Twenty20 World Cup and the Ashes that closes out an irresponsibly packed 2021.

Silverwood refuted any hint of disrespect, and certainly behind-doors preparations for the two Tests have focused squarely on a Blackcaps side boasting depth in all departments. But it says a lot that, even in a moment of teed-up diplomacy, he rounded out his answer that success over New Zealand “will obviously help us win the Ashes as well”.

He’s not wrong, of course. If you can best the No 2-ranked team in the world, you probably stand a good chance against No 4, even if recent history counts against you. It was, however, a neat example of what we might call “Big Three Energy”. England, India or Australia are the headliners and everyone else is a warm-up act. And that was underlined when Silverwood said a byproduct of the summer – more so this series – was to ensure no one was going to the Ashes without a cap to their name.

Except this time, the script has flipped. Sort o, anyway. For New Zealand, too, have bigger fish to fry.

Their real fixture of note lies beyond this series. As much as they’d enjoy confirming victory over the next fortnight to make it three series wins in a row over England, their clash with India in the augural World Test Championship (WTC) Final is a shot at history. A chance to correct countless nearly moments and confirm the excellence of Test cricket’s smallest nation with its most talented squad of players to date. 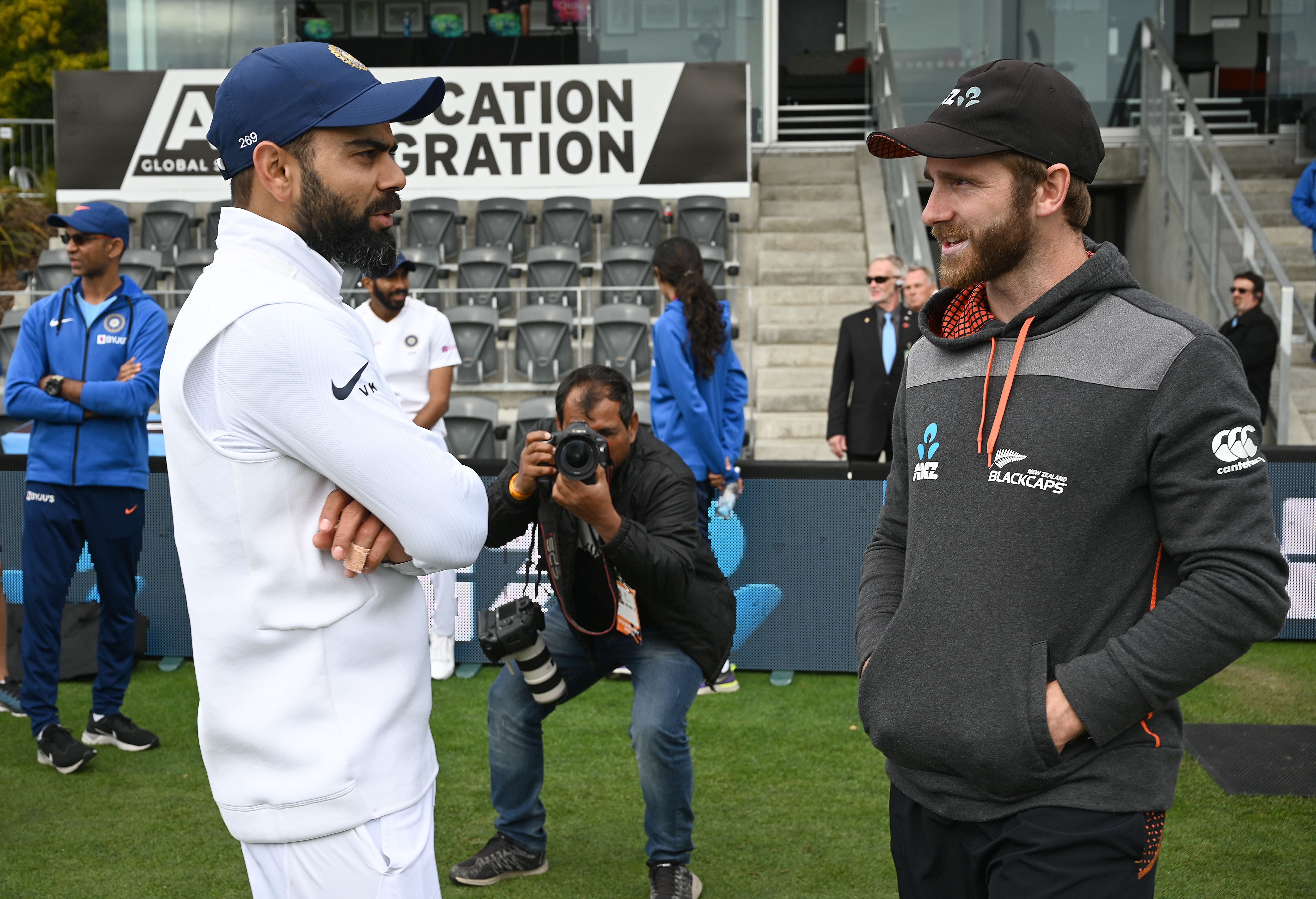 They are probably too polite to frame this series is the ideal tune-up, but it is. This group of players – sans world-class left-arm quick Trent Boult, who will arrive in the country later this week – were last in whites together on 6 January, when they wrapped up a 2-0 win over Pakistan that took them to the top of the world rankings. India bumped them down to second with a 3-1 win over England a month later.

Perhaps most peculiar of all is the lack of, well, embarrassment from the hosts. Because the World Test Championship, for all its flaws, was on Joe Root’s list of prospective accomplishments. For a country that bleats on about Test cricket being the pinnacle, while contributing in their own way to other countries playing so little of it, they have been reduced to sparring partners for the grand start to one of their most important summers. Had England made the final, it would have been at Lord’s rather than the Ageas Bowl, though that’s more to do with the ease of quarantining one touring team rather than two.

The thing is, though, Test cricket does not work like that. Certainly not over here. The primacy of the format in this country is carried in how little context is needed to evoke relevance, nostalgia or wonder. Records are an accepted mess of different conditions, length of matches and different coloured balls. Such was the tradition of “how it was”, some felt the WTC was an affront to its soul when it was simply the latest in a number of tweaks during the format’s 144-year history with the intention of helping it endure.

Bear in mind, this series is not part of the Future Tours Programme or the WTC. Its existence is merely to make up for lost income after 2020’s Covid-affected season, for counties who could not host last summer – only the Ageas Bowl and Emirates Old Trafford were used for the men’s schedule – and broadcasters.

And yet… is that so bad? Of course, this is another illustration of Big Three Energy. Very few countries would look to Test cricket to make up for lost income, or have the clout to pull an entire series from thin air and get one of the best teams around to play ball.

But everyone benefits. The stakeholders, New Zealand and, most important of all, the fans. Lord’s host 25 per cent capacity, but the second Test’s status as a pilot event will see 70 per cent – around 18,000 – come through the gates at Edgbaston. The nation’s die-hards will get their fix. That New Zealand are playing is an added bonus.

Both will be occasions for celebration. A step towards returning to how things once were, greeting with more appreciation than ever before. In that way, this series might not be for anything beyond numbers and experience, and form and legacies. And yes, the Ashes. But that does not mean it matters any less.