The Australia men’s Test team will take the knee for the first time on home soil next week against the West Indies, a move applauded by Michael Holding, who has said he is “extremely proud” of the side.

Customarily, Australia have made the gesture when their opponent does so in an act of support and solidarity for their peers – and this is why they will do it before each of the Tests against the Windies, starting Wednesday in Perth. 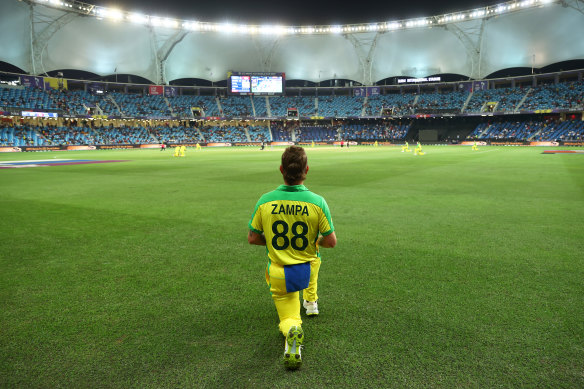 Adam Zampa takes a knee during the 2021 T20 World Cup.Credit:Getty

The national men’s team took the knee in the limited-overs tour of the Caribbean last year and in the T20 World Cup in the UAE, but this will be the first for a side wearing the revered baggy green.

The two sides will also take part in a Barefoot Circle, an Australian cricket ceremony conducted before every series as a mark of respect to the First Nations people of this country.

“We’ve consulted with the West Indies team, who confirmed they will be taking a knee,” an Australia team spokesperson said.

The development comes a month after it was revealed Test captain Pat Cummins, a climate activist, spoke to CA chief Nick Hockley about his ethical concerns with energy company Alinta’s near $40 million sponsorship with the Australia team. The partnership will not be renewed, but CA say this is not due to Cummins’ views.

Holding, the West Indies great who has become cricket’s voice on racism, slammed the Australians for being “lame” and “flimsy” in 2020 for not taking a knee before one-day games in England, but has welcomed their commitment for this series. 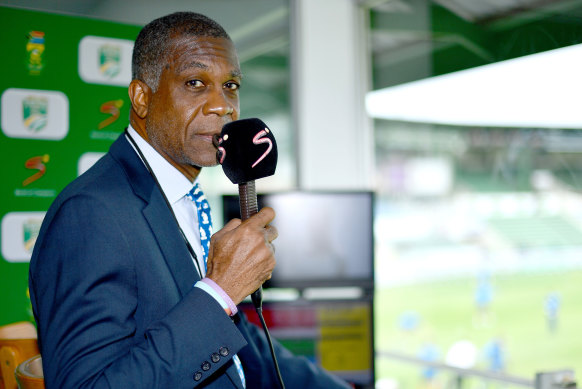 Michael Holding applauds Australia’s plans to join the West Indies to take the knee in the upcoming series.Credit:Getty

Adamant sport and politics are intertwined, Holding said the Australian team should ignore the naysayers.

“Then why did South Africa get banned from international sport during apartheid? They need to shut up.

“Once you do the right thing you can go to bed feeling comfortable and with nothing on your conscience.”

A fan of Cummins the fast bowler, Holding has become a great admirer of Cummins the man, though they have never met. He urged Cummins to continue speaking up on environmental issues despite backlash from critics.

“I hope others will learn from him. I am very glad to see people taking a stand: right is right. When you have an opportunity to showcase wrongdoings you must do it. Not everyone has a voice that people will listen to, so when you have a voice that makes an impact use that voice. The world is sick and it needs healing.”