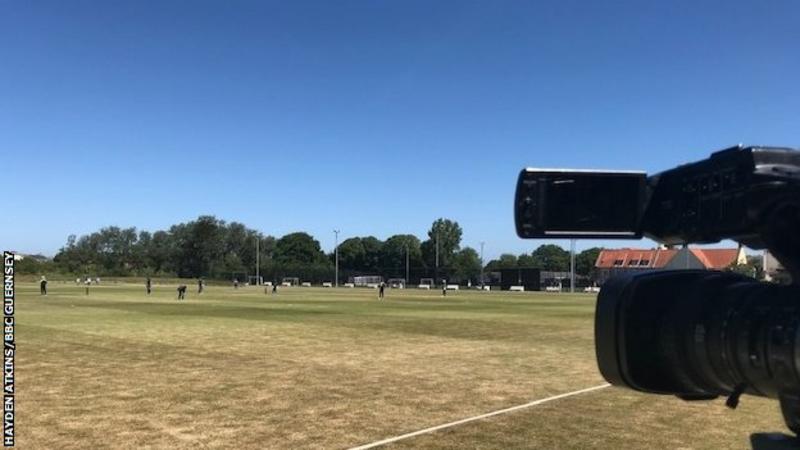 Cricket has finally been played in the British Isles, with the first game since the coronavirus lockdown was imposed taking place in Guernsey.

Eight weeks after the season should have begun, the KGV Ground in Castel staged a T20 match on Saturday.

The exhibition game raised money for the Covid-19 appeal and a live stream attracted over 84,000 views on Youtube.

County cricket in England is suspended until August, although it is hoped England can play Tests in July.

Social distancing had to be observed before, during and after the game between Olly Tapp’s XI and Andy Cornford’s XI, but Guernsey Cricket Board chief executive Mark Latter said it “hadn’t made a great deal of difference” to how it was played.

“The guys are obviously not running in and clapping hands, they’ve been keeping away from each other,” he told BBC Radio Guernsey.

“They arrived ready to go, they haven’t used the changing rooms as they would normally do,

“We don’t have all the players on the pitch at once, like with football and rugby, so that helps us.”

“From what I’ve heard, speaking to a few guys especially from Jersey, they are quite jealous that we’re playing cricket, and of the occasion we’ve got going on here,” said bowler Tom Vale.

“Having the live stream is putting Guernsey’s name on the map as well.”

Andy Cornford is the GCB’s head of cricket – as well as being a station manager for East Sussex Fire and Rescue – and Olly Tapp is their performance coach.

Olly’s XI won the toss and batted first, with Ben Ferbrache’s unbeaten 52 off 48 balls enabling them to reach 105-5 from their 20 overs.

On this particular occasion, though, who won and who lost did not really matter.

The game achieved one very important thing, to give cricket fans hope of plenty more to come later in the summer.