Trent Rockets kicked off their Hundred campaign with a six-wicket win over Birmingham Phoenix in front of a packed Trent Bridge.

Birmingham beat their Midlands rivals home and away in the inaugural season but were well beaten on this occasion as Alex Hales led the way with 58 off 41 balls.

He shared partnerships of 52 off 33 with Colin Munro (36 off 22) and 79 off 54 with Joe Root, who finished on 34 not out from 26 balls as skipper Lewis Gregory hit the winning boundary with three balls to spare. 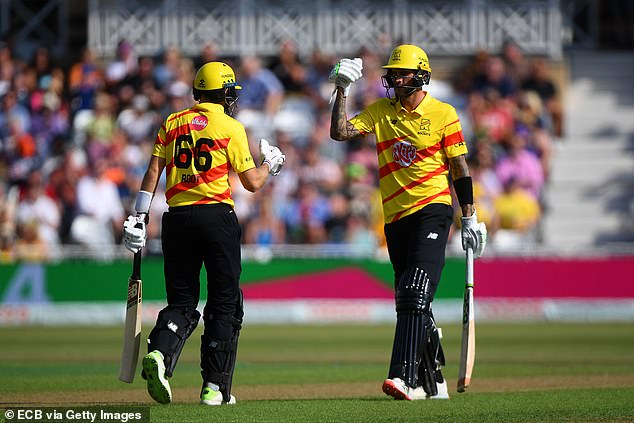 Liam Livingstone hit five sixes in his 28-ball 47 and Moeen Ali three in his 21-ball 35 for the Phoenix but with four Rockets bowlers conceding 1.2 runs per ball or fewer, Daniel Sams taking three for 24, their 143 from 100 balls always looked chaseable even on a slow pitch.

Put in, Phoenix lost Will Smeed to ball 12 but Moeen turned a modest powerplay into a decent one with back-to-back sixes down the ground off Matt Carter.

Ali looked in the mood as he slog-swept Rashid Khan for another maximum as he and Miles Hammond – a late stand-in after Australia’s Matthew Wade scratched due to illness – added 53 off 31 before Ali picked out Rashid at deep mid-wicket.

A couple of chances to Tom Kohler-Cadmore went begging, the biggest allowing Livingstone an escape on eight when he fumbled a stumping chance off Samit Patel, but two wickets in four balls by the veteran left-arm spinner saw Hammond fall for 28 off 19 via a fine catch in the deep by Hales and new man Dan Mousley caught at mid-off. 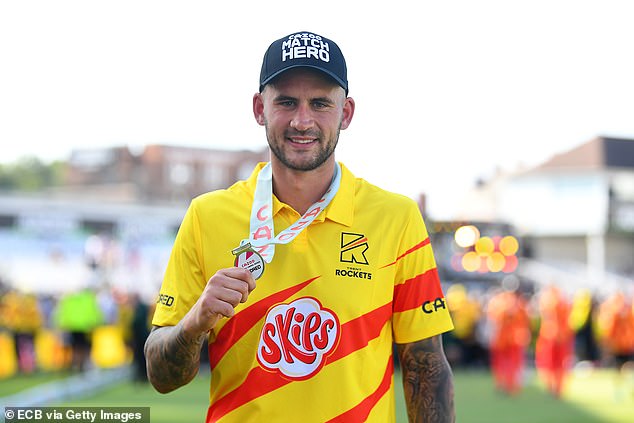 Chris Benjamin went cheaply too and, with Phoenix needing to find something, Livingstone provided it with three sixes in a row over the leg side off Rashid, whose 20 balls cost a painful 39 runs.

But left-arm seamer Luke Wood conceded only seven runs in two sets at the death, in between which Livingstone holed out to long-off to give Sams a big wicket off his final ball.

Dawid Malan perished to the fifth ball to one that slipped under his bat as Rockets began their pursuit but 29 off 10 balls – 24 to Munro including back-to-back sixes off Graeme van Buuren’s left-arm spin – had them in front at 47 for one from 25. 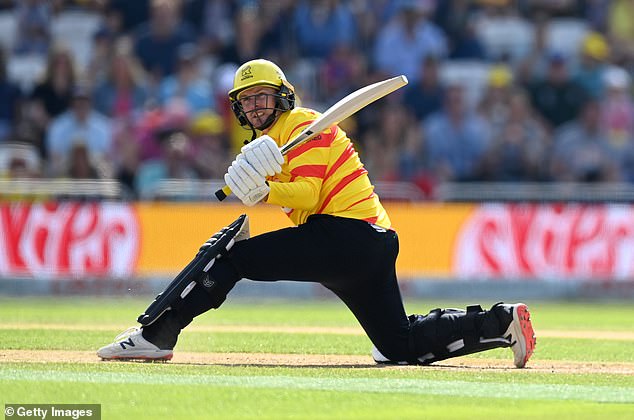 As the field spread, so the scoring rate slowed. Munro, eager not to be tied down, paid the price as a top edge off Livingstone looped to short fine leg to see him fall off ball 38. Hales drove ball 40 to the fence but the next 25 failed to yield a boundary.

Hales put that right with two sixes over wide long-on off Van Buuren, even though the first was technically a drop on the rope as Hammond palmed it over, bringing the target down to 39 from 30 balls, with the next two sets by Imran Tahir and Moeen leaking 21 more.

A four pulled to deep midwicket took Hales to his first fifty in this format and though he perished to a steepling return catch off Tom Helm, who also picked up the wicket of Kohler-Cadmore at the death, he had made the task ultimately a straightforward one.