Home » Сricket » ‘He might have to upset a few people’: England go local for new cricket coach

Chris Silverwood was named England head coach on Monday (Tuesday AEDT) in place of Australian Trevor Bayliss as the England and Wales Cricket Board (ECB) opted against another overseas candidate to take the team forward. 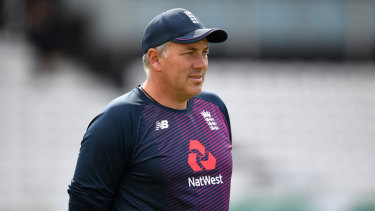 Chris Silverwood has been named to take over as coach of the England cricket team.Credit:Getty

They struggled for consistency in Tests under his guidance, slipping to fourth in the world rankings, but enjoyed sustained success in one-day cricket, rising to the top of the rankings and winning their first 50-over World Cup title this year on home soil.

The 44-year-old Silverwood played six Tests and seven one-day internationals for England as a fast bowler during his playing career, the majority of which was spent with his native county Yorkshire.

He moved into coaching and in 2017 led Essex to their first County Championship title for 25 years before becoming England pace bowling coach.

"Chris was the standout candidate," England director of cricket Ashley Giles said in a statement.

"He is what we need to take our international teams forward. He's somebody we know well, but it is his intimate understanding of our structures and systems and his close relationships with Test captain Joe Root and white-ball captain Eoin Morgan that will help us develop our plans for the next few years," Giles added.

"He has performed exceptionally well during his role as an assistant coach and has the ultimate respect of the players that have worked with him."

Silverwood's first assignment will be England's tour of New Zealand on which they play five Twenty20 internationals starting on November 1 and two Tests, before they travel to South Africa.

"I'm excited to get started and build teams that the whole game can be proud of," Silverwood said. 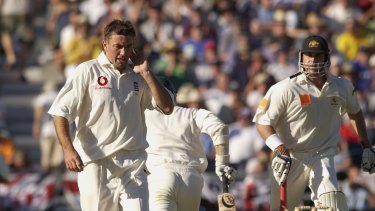 Silverwood (left) in his playing days, during the 2002 Ashes series against Australia in Perth.Credit:Getty