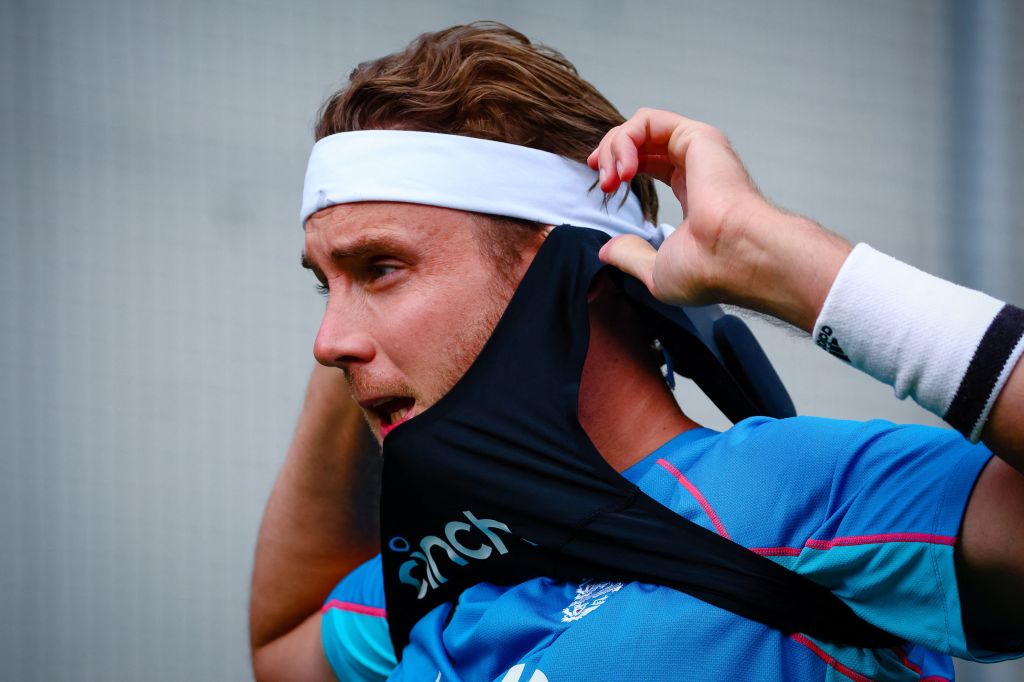 Stuart Broad admits he was ‘disappointed’ to miss the first Ashes Test as he feels he could have had a ‘positive influence’ at the Gabba, but understands his omission and will not ‘kick up a stink’ about being left out.

‘I got myself into a mindset where I was ready to go,’ Broad wrote in a column for the Daily Mail.

‘I love Ashes cricket, love bowling at the Gabba and feel like I could’ve had a positive influence on a pitch like that.

‘Of course, in my mind I was 100 per cent preparing to play and that’s especially important given my role. As a new-ball bowler, you are faced with bowling one of the most high-pressured deliveries in world sport.

‘Over the past 12 months, Jimmy and I tried to ensure we were as fit as could be in the current Covid climate, ready to go and available for all five Tests in Australia. I think we ticked that box – but England selection is not in the hands of players.

‘It is in those of people who have to make choices based on conditions and the balance of the team and our job now with four matches to go is to be ready for the next [Test].

‘I was disappointed not to play but I also realise this series is a marathon and not a sprint.

‘Never have five Test matches been as bunched up as this and it will be exhausting, so realistically I don’t think any seamer will play all five.’

Broad added: ‘It would be wrong in this scenario to kick up a stink. I’ve been left out on numerous occasions and sometimes it comes as a real surprise.

‘This was less of a surprise, maybe because I wasn’t in the team for the previous series against India due to a calf injury.’

On England’s heavy defeat in Brisbane, Broad said: ‘There is no time to feel sorry for ourselves, dwell on not batting, bowling, or catching very well. We know that’s the case.

‘What we mustn’t do is carry negatives with us for the next month. We’ve done that on Ashes tours past and consistently lost. We must pretend it’s 0-0 in a four-match series and go again.’