JASON GILLESPIE: England’s problem is spin not seam because Jack Leach was always going to be pummeled as he’s not a big turner of the ball and Dom Bess can expect the same treatment if he comes in for the second Test

The biggest bowling concern for Joe Root is not in the seam department. It’s what they’re going to do with regards to spin.

Australians always have and always will take on finger spin because it doesn’t offer a hell of a lot. The policy is to go hard at it.

You didn’t have to be Einstein to see that Jack Leach would be lined up to be pummeled. He’s not a big turner of the ball, the Gabba doesn’t have huge straight boundaries, so of course the Australians were looking to belt him. 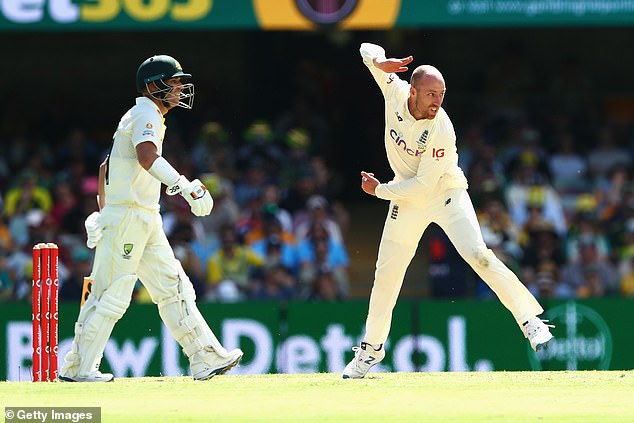 If Dom Bess comes in, he can expect the same treatment. I can’t comprehend why wrist spinner Mason Crane wasn’t picked for Australian conditions.

As a finger spinner, Nathan Lyon is an outlier. He is one of the greats of the game as a 400-wicket bowler, but even then they only come around every 67 balls.

So Root has something to think about there.

A lot has rested on Root’s shoulders for quite a while now because as England’s best player he has to do the bulk of the batting — but the criticism his captaincy has received is unfair. 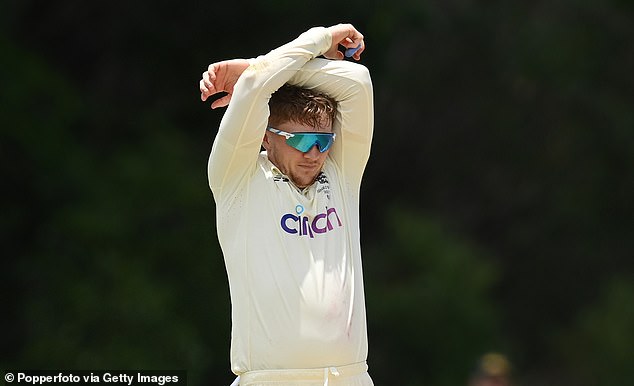 Joe is a good captain, someone always looking to learn and improve, and he has been more proactive rather than just letting things run.

But a captain can only work with the players he has at his disposal and the way Australia have treated Leach will be a learning curve for him.

He would have been hoping that Leach would go at 2.5 to 3 runs an over to give his quicks a rest.

That didn’t happen and so that’s something to ponder going forward.

Robinson on the pace

There has been some chat about Ollie Robinson’s drop in pace during the Brisbane Test but I don’t see any problem there. He was comfortably the pick of the England seamers.

Robinson’s key strength is his accuracy. Put a shoebox on a length and he’s hitting it more often than any of his team-mates, no question. Be clear about what type of bowler he is. He’s not rapid, he’s 80-84mph when he’s bowling his best.

Technology suggested a drop into the low 70s towards the end of day two but I wouldn’t look too much into that.

Not all bowlers hold their optimum pace. I remember playing for Australia against West Indies in 2001 and the speed gun suggested Glenn McGrath was hitting 75-77mph consistently. Yet the scoreboard showed he was taking wickets for fun.

I am not convinced about the reliability of these speed guns, if I am perfectly honest and from what I saw of Robinson with my own eyes, I didn’t see any issues. 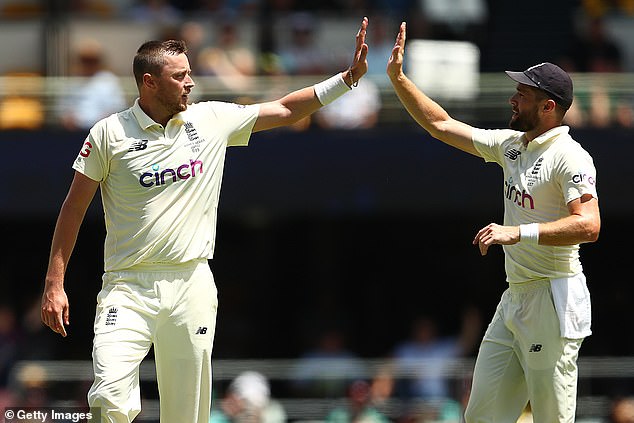 He hovers at just above 80, uses the crease, goes wider on occasion and then comes into the stumps, presents the seam, gets the ball to nip about and because he’s tall gets extra bounce. All pretty good seam-bowling attributes in my book.

He’s got a good motor, keeps running in and I think he will have a really good career for England.

Remember, this is his first overseas Test and he will have a really good series. I would like to think as a young bower that he will play all five. Stuart Broad and Jimmy Anderson will play three games each, I would have thought, and Chris Woakes and Mark Wood three or four apiece.

Ollie prepares himself well, he’s fit and strong. Not that that’s always been the case. I’ve had a long association with him stretching back to when I was coach at Yorkshire and he was a naive, immature 19-year-old kid.

I gave him his debut in Twenty20 cricket, bowling death in a Roses game, and he did quite well but he wasn’t ready to be a first-class cricketer. He was talented but it didn’t work out because he wasn’t ready to embrace the professional cricketer’s lifestyle. 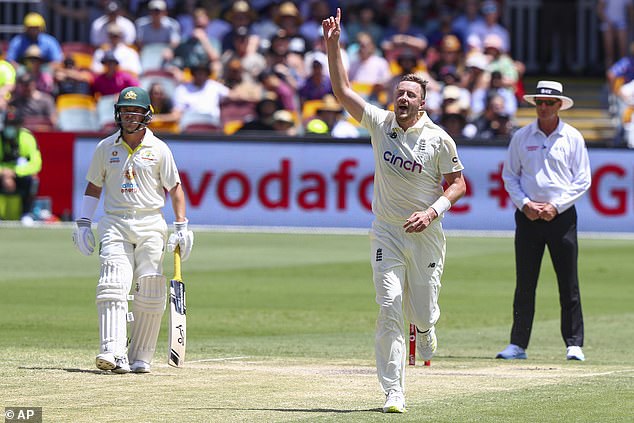 He was a long way from family and friends in Leeds, and he found himself going back and forth to Kent, sometimes travelling through the night to get to training sessions. That was never sustainable. He was warned on a few occasions about not being where he should have been at certain times but the penny hadn’t quite dropped.

It was obvious that he’d settled down off the field, matured and realised what he could be throwing away if he didn’t take this cricket stuff seriously. Leaving Yorkshire made him realise just how much he really wanted to play and now he is a professional in every sense of the word.

Sure, his pace dropped a little bit but you have to understand that these England players have come into Australia, have been indoors for a long time and were then confronted with Brisbane’s heat and humidity.

It gets the best of us and I recall as a player that it didn’t matter how much physical prep we did, those first couple of days hit every one. It’s brutal at times.

Physically, he is fine and it was not until I got to Sussex that I realised how much of a ticket tragic he is. He’s one of the most prepared bowlers I have ever come across. He watches every single batter, takes notes on every player he’s going to come up against and I recall a number of conversations in the dressing room at Hove when he talked about how he was going to get opponents out. So many times it came off. He was always studying statistics, scoring charts, video clips.

A head for heights

Travis Head probably didn’t have the summer he would have liked at Sussex but from our perspective at South Australia, where I am coach, he’s an outstanding player, brilliant leader and integral to improving our state cricket.

I have no doubt he’s a future Australia captain. He finds that balance between being one of the boys and having that authoritative presence. He won’t put up with mediocrity. Or nonsense. So he’s happy to tell the boys exactly what needs to be done. It’s been an honour to see how he has grown.