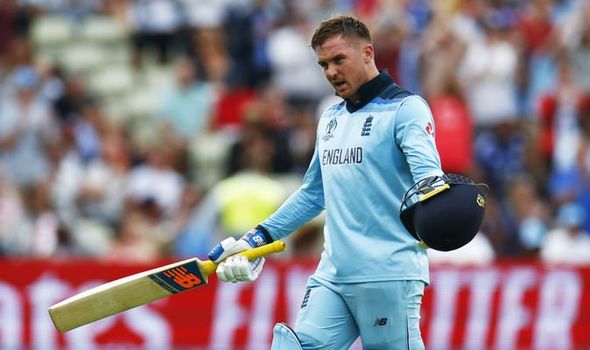 A good old-fashioned English breakfast has been the fuel for his spectacular batting exploits, and there is no way he is changing it for the most important game of his life at Lord’s today.

Some cricketers are hugely superstitious, but for Roy this is his only pre-match ritual.

“I just eat my porridge,” he explained. “I just have my porridge and crack on.”

It has been a winning formula as the England batsman has flourished alongside partner Jonny Bairstow.

They have become the most prolific opening pair in the history of ODI cricket, getting the team off to thrilling fast starts worthy of Lewis Hamilton at Silverstone.

The sixes flow – and the risks are worth it.

Roy hit three in succession against Australia in the semi-final, the last of them a mighty blow into the top tier of the main stand at Edgbaston. Nobody had ever done that before.

“I don’t think I can hit a bigger six than that, absolutely not,” said Roy with a smile. 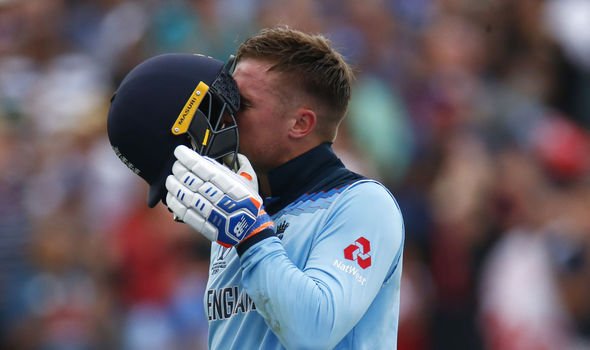 “I was disappointed when it came out at 101 metres or whatever it was. I thought it was going over the stand.”

Another disappointment for the Surrey star was missing out on a century in the semi-final when he was given out caught behind for 85, a mistaken decision by umpire Kumar Dharmasena.

Roy couldn’t correct the error because England had already lost their review, and he was punished with a fine for his reaction, but the opener explained yesterday that he hadn’t realised that was the case.

He said: “I spoke to Kumar and said I thought we had the review. That’s where the conversation started, but I got it wrong.

“There was a lot of passion at that moment. There has been a lot of hard work in the past few years to get to where I am now. To get out like that was slightly disappointing and I probably showed it more than I should have.

“But it is professional sport, and emotions run high. You have to ride the wave and we’re in the final now.”

Roy’s path to the World Cup final has not always been smooth progress. He has suffered from injuries and two years ago was dropped by England for the Champions Trophy semi-final.

“It feels like another world now,” said Roy. “I feel like a completely different person, a different player. I played some good cricket leading up to that two years and got dropped.

“But I came back strong, and now it’s so exciting to be in a World Cup final. I couldn’t have asked for any more.” 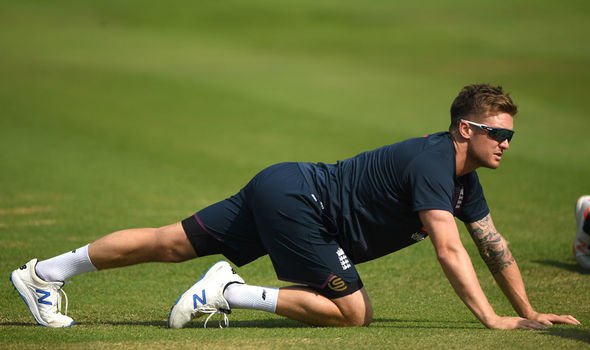 A key moment for the batsman and for England was the decision to play Roy and Bairstow together.

Their powerhouse starts pulverise and demoralise opponents, and Roy said: “It’s about playing off each other and we both might be going guns blazing.

“If one guy is struggling, it’s a case of telling him, ‘mate, it’s all right’. Like that India game at Edgbaston, where got that hundred. He felt terrible for the first 20 balls. I told him, ‘relax, you’re a gun, you’ll come out the other side, keep the intensity to the spinners’

“He ended up banging the ball out of the park.

A few more sixes from the pair today and England will be world champions.