Jos Buttler will be given another chance by England to prove he remains their best red-ball keeper batsman when he is handed the vice-captaincy for the first Test against West Indies.

Buttler will take charge of one of the England teams today in their intra-squad practice match at the Ageas Bowl, with interim captain Stokes leading the other.

And Buttler, who has yet to fully demonstrate his considerable talent in Test cricket, will be Stokes No2 next week, with captain Joe Root now officially ruled out of the first Test because he will be isolating after the birth of his second child. 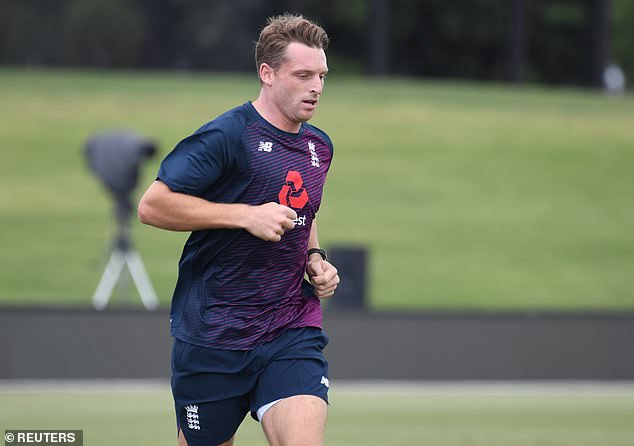 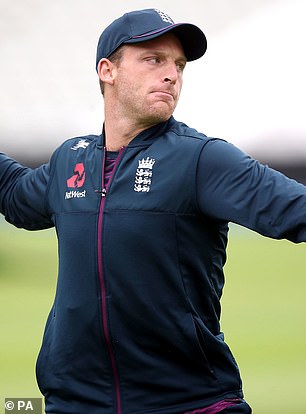 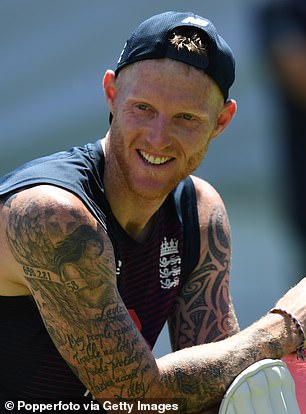 That means Buttler is certain to take the gloves next week ahead of Ben Foakes, his deputy on the aborted tour of Sri Lanka, and leaving Jonny Bairstow again frustrated.

Bairstow’s only chance of returning in Southampton is as a possible specialist batsman in place of Root, who will return home today to be with his wife Carrie for the birth.

But Bairstow could again miss out, with the return of fit-again Rory Burns at the top of the order meaning England could include him alongside Dom Sibley while keeping both Zak Crawley and Joe Denly in the team at three and four.

The other option is for England to hand the exciting Dan Lawrence a Test debut at six and move Ollie Pope up to four in Root’s place in what coach Chris Silverwood calls one of England’s ‘ten possible permutations’ for the first of three bio-secure Tests.

England will field two enlarged teams over the next three days in Southampton as they attempt to give game time to the majority of their 30-man training group before whittling it down to an enlarged 22-man first Test squad on Saturday. 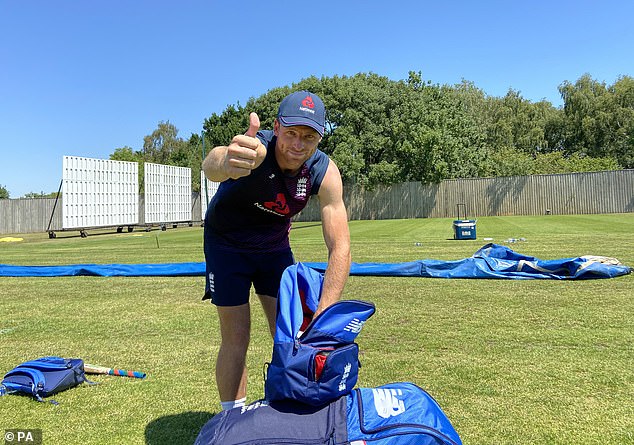 That will give them potential replacements for every player, with the ICC allowing substitutes for anyone who shows covid-19 symptoms once the Test begins.

Root, meanwhile, is expected back for the second Test at Emirates Old Trafford on July 16, with Silverwood saying yesterday: ‘Joe has trained very hard and is doing everything he can to put himself in the best position to play in Manchester.’

Even without Root England face some tricky selection dilemmas, not least in the fast bowling where Jimmy Anderson, Jofra Archer, Stuart Broad, Mark Wood and Chris Woakes are effectively competing for three places. 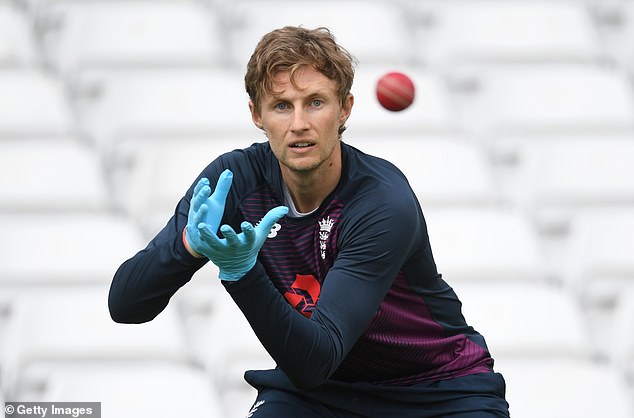 But with England facing six Tests against West Indies and then Pakistan in little more than seven weeks rotation is sure to play an extensive part in the delayed summer.

There is equal competition in the spin bowling department but there was encouragement yesterday for Dom Bess, who made a big impression in South Africa early this year in the absence of Jack Leach and Moeen Ali.

‘It’s difficult to go too far away from where we left off,’ added Silverwood.

The only two players who look certain to miss out on the first Test squad are young off-spinner Amar Virdi and Somerset fast bowler Jamie Overton, who were last night left out of England’s two warm-up match teams for today. 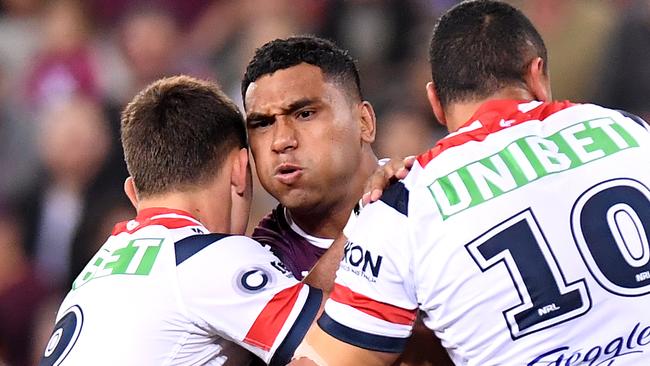