India got themselves back into the Fourth Test at the Oval on Friday morning after Umesh Yadav took two early wickets, but England batters Ollie Pope and Jonny Bairstow counterattacked with flair to leave the home side 139-5 at lunch.

The visitors finished day three with a flourish after leaving England 53-3 overnight, including taking the vital wicket of captain Joe Root who has shone with the bat, and India returned on day four brimming with intent.

They didn’t have to wait long for their fourth wicket. Yadav’s first over of the day saw nightwatchman Craig Overton chase a short, wide ball outside off stump only to nick through to India captain Virat Kohli at first slip. He departed for just one run. 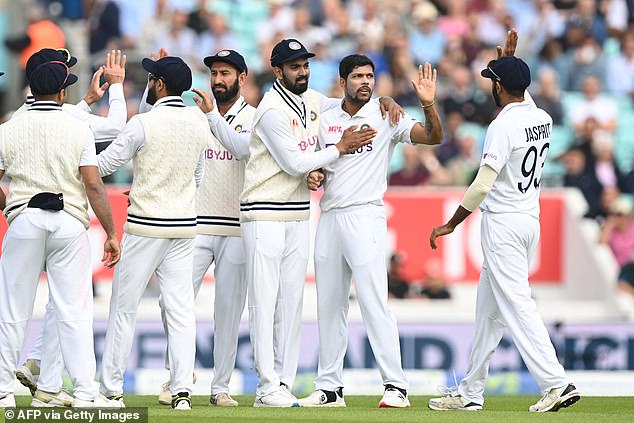 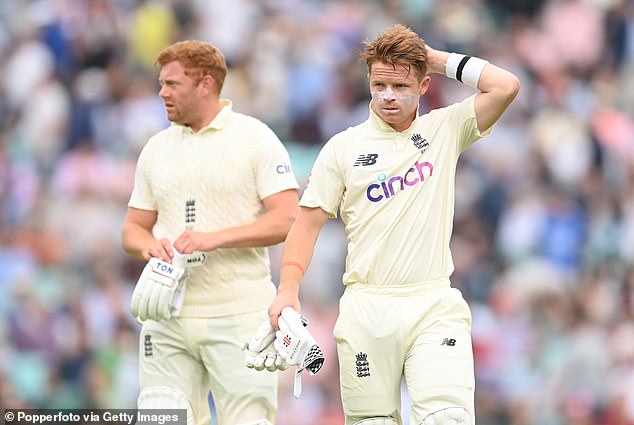 Malan had looked very composed after coming into bat in difficult circumstances on the third day, and his fluency continued throughout the fourth morning until he fiddled at a Yadav delivery outside off stump which took the edge to a diving Rohit Sharma, who took an excellent catch at slip.

Malan, who starred with the bat in his Test comeback at Headingley, returned to the pavilion for 31 runs.

Ollie Pope and Jonny Bairstow then battled through a tough period of Indian seam bowling, with Yadav and co having their tails firmly up. In the first eight overs of the morning, India took two wickets for just nine runs.

Despite not looking entirely comfortable, both batters showed they were up for the fight, Pope crashing three boundaries in a row off Shardul Thakur and Bairstow doing the same off Mohammed Siraj the following over. 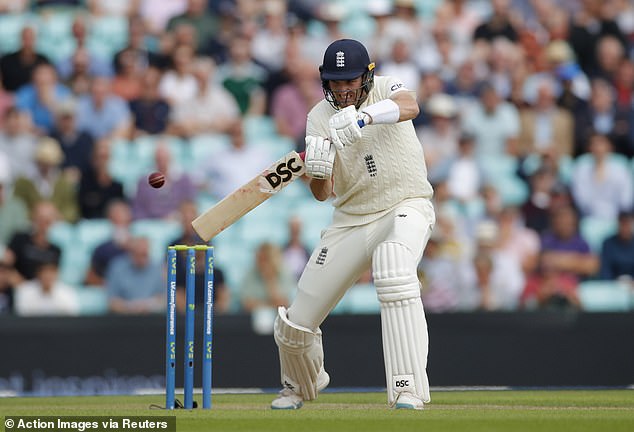 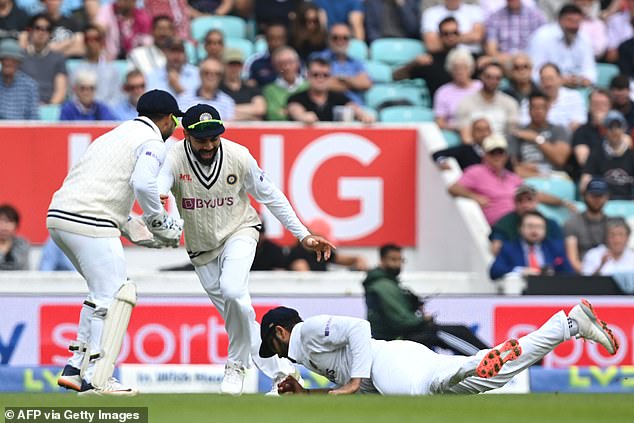 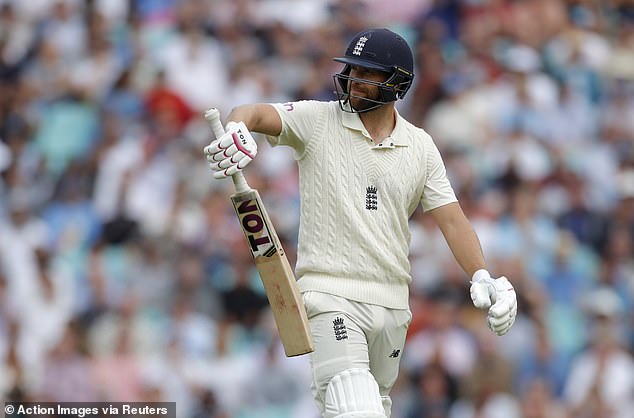 Malan, who impressed in his Test return at Headingley, went back to the pavilion with 31 runs

Bairstow continued to grow into the innings, bringing to bear his white-ball experience by clubbing bad balls to the boundary and keeping England’s scorecard racing along.

Pope partnered Bairstow’s aggression with calm precision, waiting to pick off loose deliveries. The 23-year-old, who plays for Surrey, averages over 100 with the bat at the The Oval in first-class cricket.

The result was a fluent and aggressive counterattack to India’s bowlers, with the partnership worth 77 runs at more than four an over. Kohli eventually brought on spinner Ravindra Jadeja but his three overs did not trouble England’s batting pair.

England went into the lunch break 52 runs behind India’s first innings total of 191.