Spin it to win it! Matt Parkinson’s England hopes take dramatic turn as Lancashire leg-spinner learns his craft from the best

With a delivery conceived in India and landed on the same turf as Shane Warne’s ball of the century, Matt Parkinson sent social media into a frenzy during the opening stanza of this County Championship.

In 1993 it boggled the mind how anyone could spin the ball the width of Mike Gatting but Parkinson proved such turn was not purely Warne’s preserve when he produced a similar trajectory to rattle Northamptonshire captain Adam Rossington’s off-stump at Old Trafford.

By doing so, the Lancashire leg-spinner, 24, showed that three months on England’s recent tours of the subcontinent, confined to net practice, card schools and sitting in the stands during matches had not been a waste. 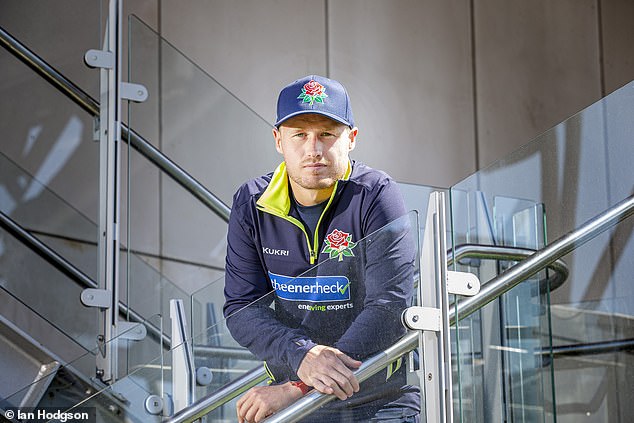 ‘On Indian pitches you need to drive the ball into the surface a little bit more and so I tried to use that influence of last winter; be a bit more direct, get a lot more on the ball, be quite aggressive. Luckily, it managed to clip the foot hole and spin,’ he says.

‘Simon Kerrigan was donging me a bit, their ninth-wicket pair had hung around and frustration was building so I went for it and it was nice to be able to produce that for the team.’

Now he hopes this season, generally drier and promoting better pitches through an increase to eight points for a draw, will be a milestone on a journey to a Test career.

‘It’s tough to bank games in April and May when you are a wrist spinner that bats 10 or 11. I hope now we are coming out the other side counties see us as selectable in most formats and in most conditions, not pigeonhole us as white-ball bowlers,’ says Parkinson. 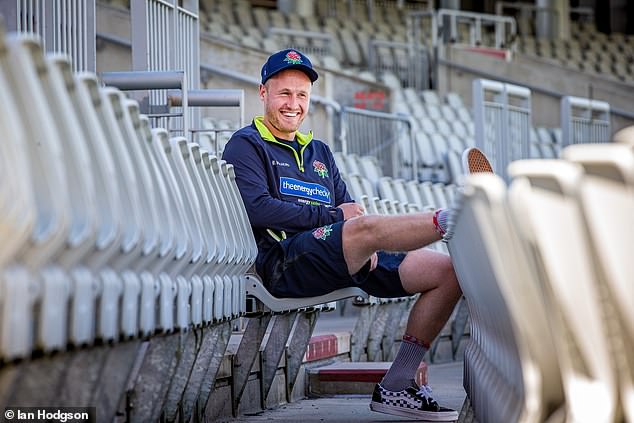 ‘I don’t want to be a person who finishes with 60 first-class games, has a good record but only ever as second spinner or on the back of four to five games a season. For the next 10 years I want to be someone that takes 60 wickets a season and plays a full part in winning Lancashire the title. To do that I need to compete with the best. If I play against Somerset, I have to out-perform Jack Leach.

‘People like Graeme Swann and Monty Panesar used to play every game for their counties and perform and you want to be picked for England for form like that, not on promise, which is what I was first picked off, I guess.’

Eyebrows were raised when he was named for the Test tour of New Zealand in 2019 on the back of just four Championship outings. This year, his 19 wickets at 19 runs apiece make him the most prolific English spinner on the circuit. He puts the rich vein down to being challenged by bowling daily to Joe Root and Ben Stokes and observing spinners Ravichandran Ashwin and Axar Patel.

Such experiences were put into practice during his career-best figures of 52-8-126-7 to propel Lancashire to an innings victory against Kent. ‘I had to be patient as it was a really flat Canterbury surface and I’d never been asked to bowl such a long spell in the search for victory before. When you look at Simon Harmer, he bowls 50 overs every week and no one bats an eyelid because that is what he does. I want that to be the case for me,’ says Parkinson.

‘I came off the field and I was knackered, but I thought, “That’s what top top spinners do.” I’m not just talking about top English spinners, either. A lot of the time here, if a spinner is a matchwinner, they tend to influence quicker games, but this gave me a lot more satisfaction than coming on and taking five for 20 on a ragga.

‘Bowling a decent chunk of overs allows you to formulate plans and find the right pace for a pitch. I learned in India how clever the spinners are in using in-out fields and just bowling their best ball every ball. Someone like Axar has no mystery. He just lands the ball on a 5p. If it turns, brilliant. If it doesn’t, it doesn’t. He allows batters to work him for one if they want and that’s something I can get better at. In England we tend to think it’s negative to have a man out. In India, they use it as a positive. 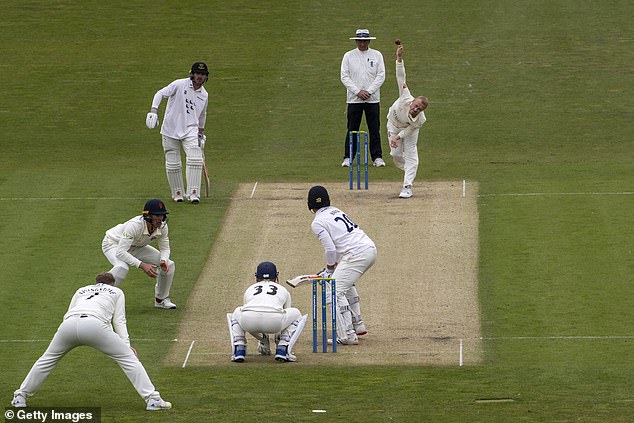 ‘When I played for England in one-day internationals last year, everyone said I bowled too slow and I agreed that I probably did but it’s tough because you don’t want to rip up the manual that’s got you that far and potentially lose what is your skill.

‘I decided last year during a T20 match that I was going to scrap trying to change, go back to how I bowled and if that was not quick enough to play for England, it wasn’t quick enough. Look, I might still be too slow but this year it feels as though my pace has picked up naturally. I would like to think I have added a couple of miles per hour without losing anything.’

For that he credits straightening his run under the supervision of Richard Dawson, the head of the ECB’s elite pathway, and Carl Crowe, Lancashire’s spin consultant during the Covid-hit 2020 season.

Alignment was always a focus when Parkinson worked with Stuart MacGill four years ago and now, in reviewing his videos, Warne’s former Australian understudy ‘never fails to offer a diamond’ in his feedback.

If Parkinson continues to unearth diamond deliveries, all three might have the chance for a catch-up this coming Ashes winter.