A trio of former Australian cricket stars will replace Michael Clarke on commentary duties during Australia’s looming tour of India after the ex-national captain was passed over by the BCCI following his Noosa dramas.

Senior cricket sources told The Age and The Sydney Morning Herald that Mark Waugh is set to accompany Matthew Hayden as the Australian commentators for the first two Tests of the series in Nagpur and Delhi. 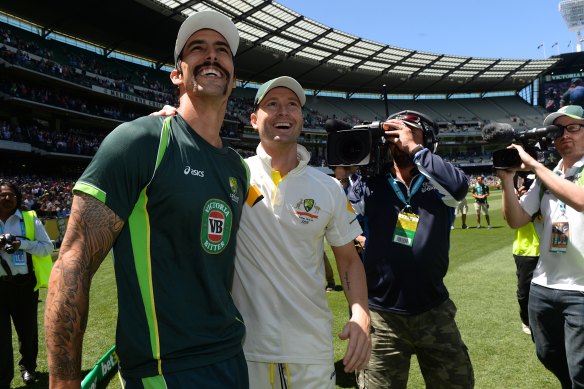 Mitchell Johnson with Michael Clarke at the MCG during the 2013-14 Ashes series.Credit:Pat Scala

For Tests three and four, Waugh will swap out for Mitchell Johnson, one of the four Australian cricketers suspended during the “homework” episode on the 2013 India tour when Clarke was captain.

During the three one-day games that follow the Tests, Johnson is likely to be joined by the recently retired Australian ODI captain Aaron Finch, who is currently leading the Melbourne Renegades in the Big Bash League.

A host of commentators were in the mix after the BCCI’s decision not to call upon Clarke for the series, but the short-notice nature of the assignment and its short turnaround to the Indian Premier League contributed to numerous names being unable to take part.

The likes of Ricky Ponting, Mike Hussey, Simon Katich, Brad Haddin and Trevor Bayliss are all involved in the IPL as head coaches or assistants. 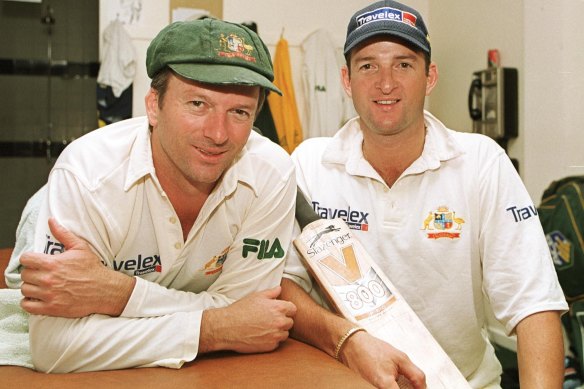 Having lost the India commentary spot, Clarke has spoken on his radio show about being approached by the Pakistan Super League Twenty20 tournament for another broadcasting gig.

The PSL runs concurrently with Australia’s tour of India which concludes on March 22. The IPL is set to begin on March 20.

Clarke’s other major commentary role in recent times has been as part of the International Cricket Council’s pool of commentators for world cups, the next edition of which is the 50-over tournament in India in October and November.

The Australians, who depart for India from Tuesday, are set to spend five days in Bengaluru in training before the first Test in Nagpur, largely because the southern city has been deemed to provide the most suitable practice options ahead of the series.

Numerous past Australian tours of India and Sri Lanka in particular have been beset by inconsistencies between practice pitches and those used for Test matches: often, the training surfaces will be well-grassed, offering little in the way of spin, before the match strips turn square.

Over recent years, there has been plenty of discussion among Test nations and also at ICC level about the need for host countries to provide adequate preparation for touring teams in terms of pitches and facilities. Australia’s record is far from spotless in this regard.

In 2015, a warm-up match between an invitational XI and the touring New Zealanders at Blacktown had to be abandoned due to the rapid deterioration of the pitch on day two of three.

“We are really confident and comfortable with the preparations the BCCI has made for us,” Cricket Australia’s head of cricket operations Peter Roach said.

“The proof will be in the pudding obviously, but we’re really comfortable with the discussions we’ve had. They see merit in seeing us prepare really well for a marquee Test series as we do when overseas teams come out here.”