If anyone has a handle on how the blueprint could develop during the Ben Stokes-Brendon McCullum era of English Test cricket it just might be Tom Latham. Listen to him for half an hour and you realise how aligned their attitudes are.

A dozen years ago, he spent his first few months out of school alongside Stokes in Durham’s academy. The pair were both 18 but, in typical style, Stokes the doer was not hanging around. Picked for the first team that April, he wasn’t seen again.

Fast forward to 2014 and there was Latham on his third morning of Test cricket in Wellington, stood at the crease with New Zealand deep in crisis, 194 runs in arrears and three second-innings wickets down, as McCullum walked out to salvage things against India. For the first hour and a quarter of McCullum’s — and New Zealand’s — only triple hundred, he was the company. 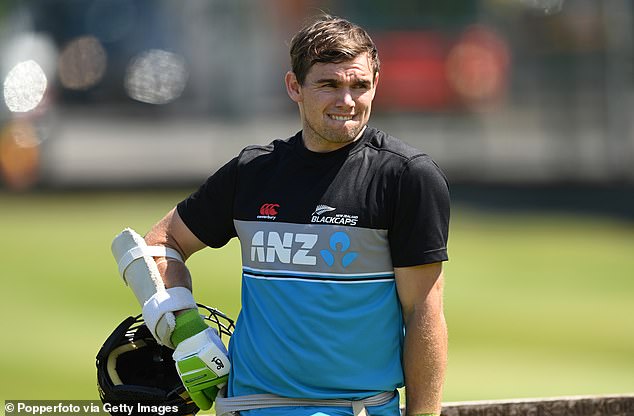 Of his first encounter with Stokes, Latham said: ‘Paul Wiseman, our network coach for Canterbury, was playing at Durham at the time and because of that there was a bit of an exchange that started to happen.

‘It was a great experience for me personally, first year out of school, getting used to these conditions. I played club cricket on the weekend and for the academy in the week. It was pretty cool.

‘Ben was actually playing first-team stuff then but I went back to play for Durham for a couple of seasons in 2017 and 2018 and he’s played a little bit of domestic cricket with me at Canterbury, so I have seen what a fantastic player and leader he is and I’m sure he’ll get those guys going in the right direction.

‘He will be a follow-me type of captain. He is someone that does some freakish things with bat and ball, he has a wealth of experience at international level and in different parts of the world and he said the other day that he still wanted to be himself, which I firmly believe he will be. He’s put in some amazing performances on the cricket field and I’m sure that will continue now he’s a leader.’

There is a reluctance to divulge the secrets of what McCullum did to catalyse New Zealand’s Test cricket during his captaincy tenure of 2013-16, although Latham suggests change came about via simplistic methods — certain players were backed and asked to take ownership of their performances. 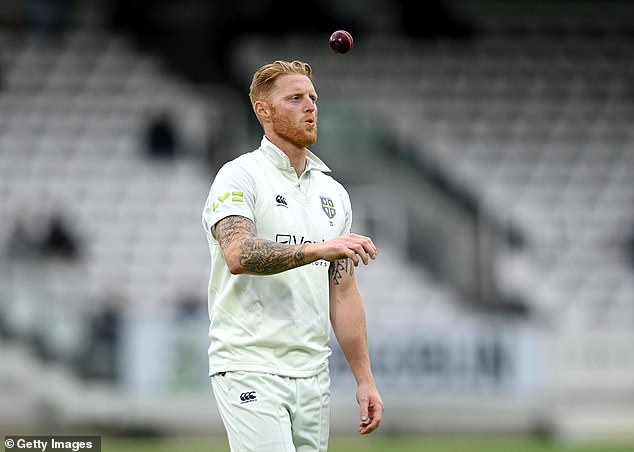 ‘I was lucky enough to play a little bit with Brendon in the later part of his career and the direction in which he took us was exciting,’ said Latham.

‘The sheer belief he had was what made you want to back him from a player’s point of view. He had a shedload of experience at that stage but to get the team all trucking in the right direction was really important for our group.

‘Back home, he’s renowned for what he did with us and it’s exciting for English cricket with someone like that taking over. It’s exciting to see where they can go.

‘Our team is definitely still on the journey he started. You’re always trying to find ways of improving as a side, whether that be on or off the field.

‘But a lot of the core things that he brought in, we are continuing today, so that’s the legacy that he left.’ 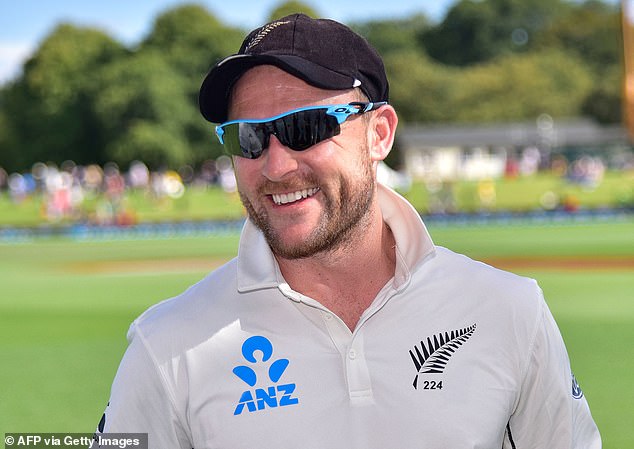 Essentially, New Zealand’s batters were asked to score runs and transfer pressure back on to the opposition whenever possible, the bowlers to be versatile enough to change plans in the hunt for wickets and the fielders to be fully committed to taking chances and stopping boundaries. It had the desired effect. And a lasting one. Last June, in Kane Williamson’s injury absence, Latham captained New Zealand to the historic series-sealing victory over England at Edgbaston. They had not won here for 22 years.

Within days, courtesy of defeating India in Southampton, they were Test cricket’s inaugural world champions. And phlegmatic ones at that.

‘We understand that cricket is a fickle game and some days it’s not going to be your day, other days it is,’ said Latham.

‘So, we all just try to play our roles as best as we can, and if we do that on a consistent basis, the results will come. 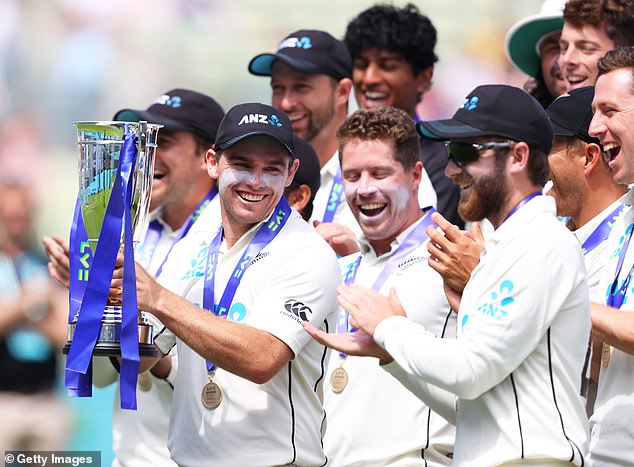 ‘To win the first World Test Championship was an amazing result. It’s judged over a two-year period and the consistency that we had over that period was the biggest thing going for us.’

However, New Zealand’s title defence hangs by a thread after their 17-match unbeaten home record was ended earlier this year. Bangladesh’s surprise victory meant January’s series was shared, as was the one that followed against South Africa in February.

They head into next month’s three-Test series, starting at Lord’s on June 2, sitting sixth in the standings.

But with the kind of authentic credentials that rock-bottom England want to copy once more. Having openly used the Kiwi template to address their ground-zero moment in limited overs cricket in 2015, they are turning to the man who implemented things on the field to orchestrate another re-birth.

And as he acknowledged a nation with a budget and playing numbers as small as New Zealand’s, Latham added: ‘I guess it’s something quite cool when teams try to emulate what you’ve done.’