Test captain Pat Cummins continues to take his leadership beyond the boundary, defending Australian cricket against the “coward” claims made recently by former coach Justin Langer.

Cummins is “disappointed” Langer’s dredging up of his messy demise 10 months ago has taken the focus off the first Test of the Australian summer, beginning in Perth on Wednesday. 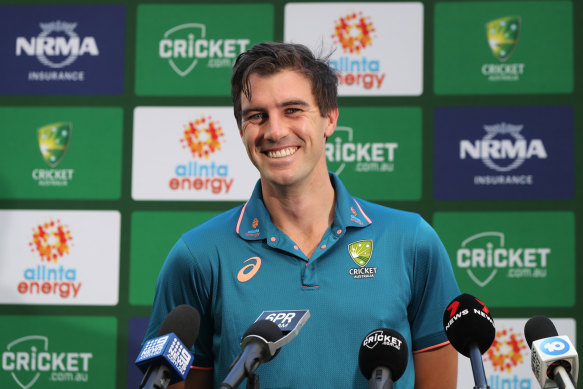 Pat Cummins addresses the media at Perth Stadium on Tuesday ahead of the first Test against the West Indies.Credit:Getty Images

The Australians have named a predictable team, with lone West Australian Cameron Green, 23, to play his first Test in his home state after two vacant years in Perth because of Covid.

“There’s no cowards in the Australian cricket team, not ever,” Cummins said at Perth Stadium, which carries Langer’s name on one of the stands.

The captain was grateful Langer subsequently said he was not referring to players.

“I think he had a think about it and clarified it, so I thank him for that,” Cummins said. “But we’re really proud of the last 12 months, how we’ve fronted up, the way we’ve played, the way we’ve conducted ourselves. Players can certainly hold their heads high.” 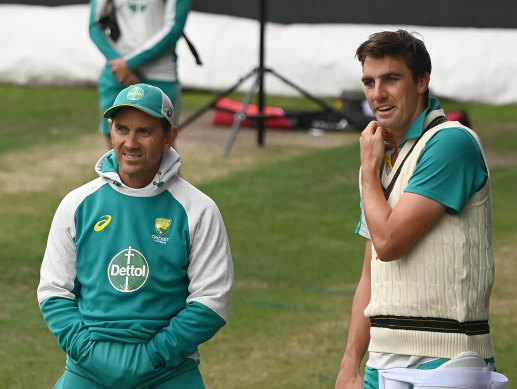 With a small crowd expected for the low-key series against a relatively unknown West Indian side, Langer’s “coward” accusations on the BackChat podcast and subsequent back-pedalling during interviews with his new employer, Channel Seven, and column in The West Australian, sucked the oxygen out of promoting the Test during last week.

“We always like to talk about the cricket,” Cummins said. “I feel like there’s so many good things going on at the moment, especially this Test team is number one in the world and has had a fantastic 12 months,” Cummins said.

“Coming over here to play the first Test match in Perth for a few years, there’s so many good stories around the week.

“I think it’s disappointing sometimes the focus get drawn to off-field issues, but it hasn’t really affected our team.”

Cummins was forgiving about the details Langer provided during his media exposure over the past week.

“I’d probably never disclose private conversations, but you’d have to ask Justin,” Cummins said. “I think there’s no ill will to what he was trying to do and he clarified afterwards.

“I’m looking forward to seeing him. He’ll be in and around here commentating, so it’ll be good.

“We love playing here at the stadium. My idol and mentor, DK Lillee, it’s his home state. We don’t have the Lillee-Marsh stand here, but it’s always special.”

Both Cummins and current coach Andrew McDonald have said that a four-year term is enough in their high-pressure roles, the same length of tenure Langer had as coach. It was endorsed this week by veteran opener  Usman Khawaja, who claimed coaches should have four-year terms like US presidents. 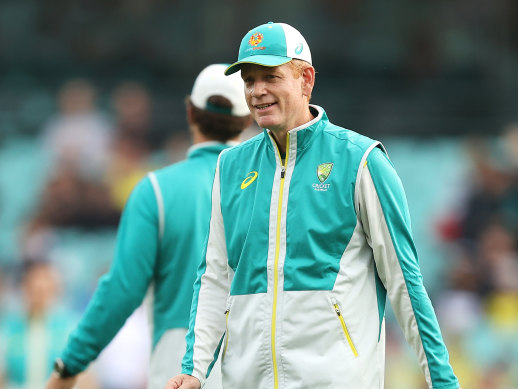 “I think there is a use-by date. When you come into a role, you want to have an impact, and you want to have fresh ideas,” said Cummins. “After a certain amount of time, it’s time for someone else to have a crack at it.

“That’s in the back of my mind, that the day will come. I won’t just be finished my career and captaincy with it, hopefully I can feel the right time to pass it over, I’m still right to keep playing.

“And coaching is a really, really tough role in cricket, especially three different formats. You spend 10 months a year away. You can’t just take it lightly. There’s not many breaks.”

Cummins claimed the team had felt no blowback from loyal West Australians who blamed the team for forcing Langer out. 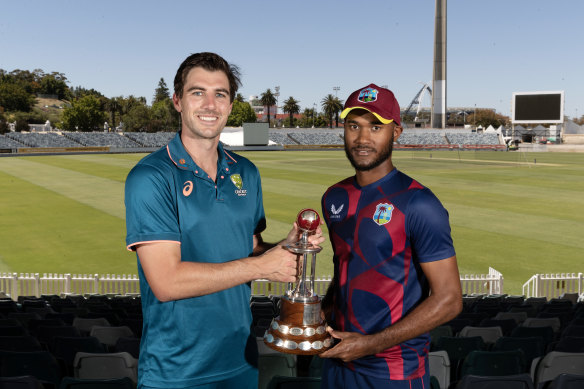 Captains Pat Cummins of Australia and Kraigg Braithwaite of the West Indies with the Frank Worrell trophy ahead of the first Test.Credit:Getty Images

“I know there’s been some conjecture but I think it camouflages over a lot of the good stuff that’s been going on and support we’ve been receiving,” he said.

A strong climate change advocate, Cummins has also continued his firm stand about the team’s decision to take a knee with the West Indies ahead of the Test.

“In this position you’re always going to upset people, whether you do something or you don’t do something,” he said.

“That’s fine, I kind of know what I signed up for. We’re cricket players, but you can’t leave your values at the door.

“People stand for different things, and something like taking a knee this week we’re doing it out of respect for West Indies, in support of equality and anyone who says that’s a bad thing, I’m not too bothered about.”