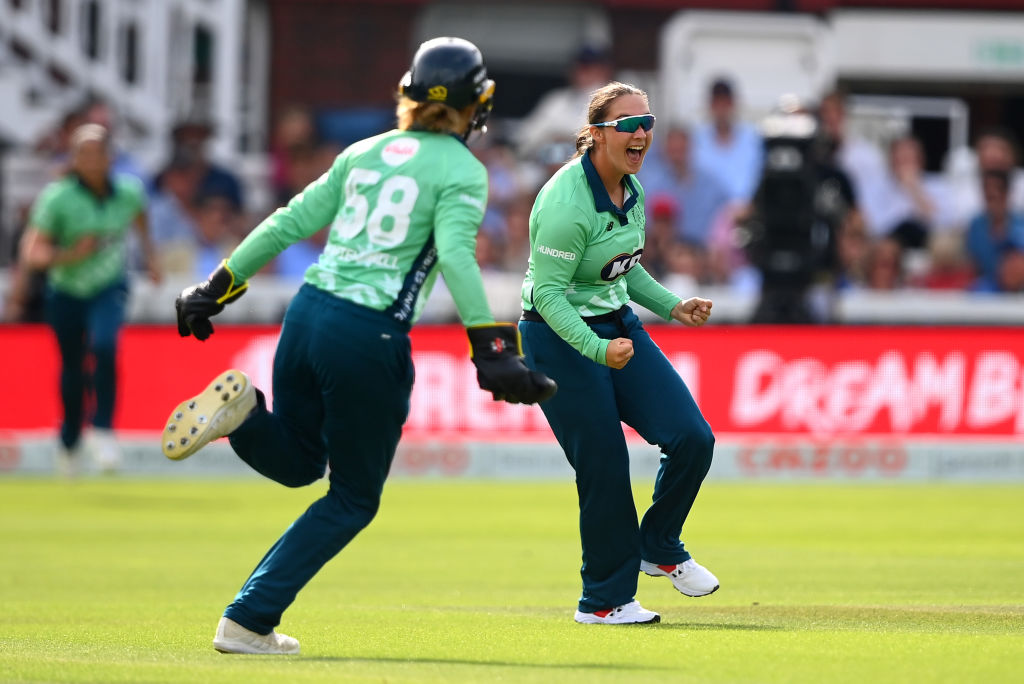 Oval Invincibles defended their women’s Hundred title after beating Southern Brave by five wickets in a repeat of the 2021 final at Lord’s.

The south London side progressed straight to Saturday’s final after finishing top of the group, with Southern Brave joining them after beating Trent Rockets in the eliminator.

After winning the toss and electing to bat first, Southern Brave were restricted to just 101-7 as Capsey and Shabnim Ismail shared four wickets.

England’s Sophia Dunkley and Australia’s Tahlia McGrath were the only batters to pass 20 for the Brave as they fluffed their lines when it mattered most.

In reply, Oval Invincibles lost an early wicket but Capsey made the most of two drops to hit 25 from 17 balls.

Both Capsey and New Zealand international Suzie Bates fell shortly after the powerplay but South Africa star Marizanne Kapp held the innings together with an unbeaten 37 from 33, taking her side to victory with six balls to spare.

Oval Invincibles captain Suzie Bates said: ‘I’m a little bit overwhelmed. The way we’ve responded all season, we’ve had four overseas players and had to leave one out every game.

‘The way Marizanne Kapp batted under pressure there was just awesome. I wasn’t here last year but for them to go back-to-back this year it has just been amazing.

‘[Kapp] is one of the best all-rounders in the world and today she showed why and that, under pressure, she’s even better. She’s turns up for those tough moments.

‘Obviously our bowling group did a great job to keep them to that score but it got a bit nervy at the end there. But we held out nerve and to have young players perform in front of a crowd like this is amazing. I’m so proud of the whole team.’