David Warner will be able to make his case to be reconsidered for captaincy after Cricket Australia ratified a change to its code of conduct to allow penalties to be reviewed on the condition of good behaviour.

Banned for life from leadership after the 2018 Newlands ball-tampering scandal, Warner will now be able to request a review of that sanction before a panel of three code of conduct commissioners, a process that could happen as soon as a hearing can be arranged. 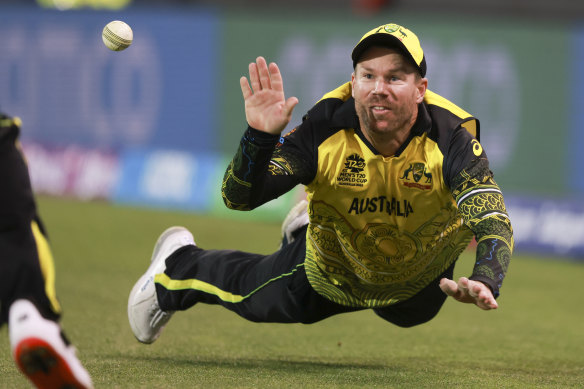 David Warner will get the chance to state his case for an end to his leadership ban.Credit:AP

The Sydney Thunder had made a request, via Cricket New South Wales, that Warner’s ban be reviewed to enable him to be considered for leadership of the Big Bash League club after he signed to play four or five games for them in January next year.

“Under the changes, players and support staff can now apply to have long-term sanctions modified,” Cricket Australia said in statement.

“Any applications will be considered by a three-person review panel, comprising independent code of conduct commissioners, which must be satisfied that exceptional circumstances exist to justify modifying a sanction.