REVEALED: The three West Indies stars who have refused to travel to England for July’s Test series… as trio are told their decision to reject call-ups because of coronavirus fears will NOT be held against them

Three West Indies cricketers who refused to travel to England because of the coronavirus crisis have been assured it will not be held against them.

Darren Bravo, Shimron Hetmyer and Keemo Paul all turned down call ups for what is otherwise a strong-looking West Indies for next month’s three-Test series, with their players association admitting the squad are feeling ‘nervous’ about touring here.

But they have been assured by Johnny Grave, the English chief executive of West Indies Cricket who has done so much to make the tour happen, that their stance is respected and they will be welcomed back when the cricketing world returns to normal. 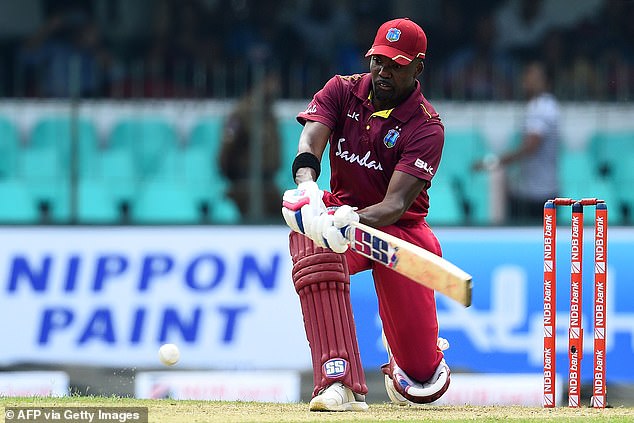 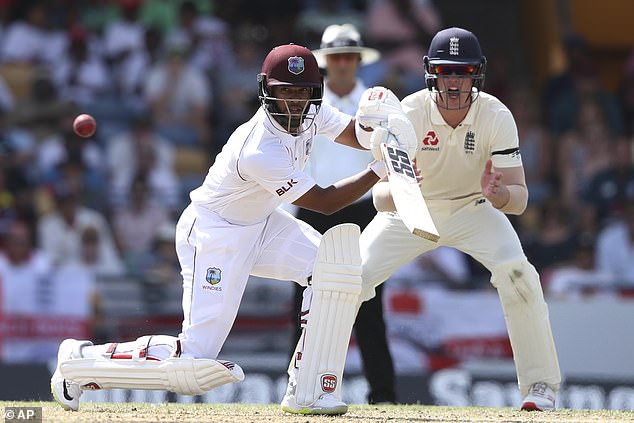 Jason Holder, the West Indies captain, will travel with a 14-man squad along with 11 reserves on their ECB-funded charter flight from Barbados next Monday to defend a Wisden Trophy they won last year, with all three absentees featuring in the 2-1 victory.

Newcomers Nkrumah Bonner and Chemar Holder are called-up for the first time while Jermaine Blackwood, who made his maiden Test hundred against England in 2015, is also included. Fast bowlers Shannon Gabriel and Oshane Thomas are among the reserves.

But even though attention will be on the missing trio, with the gifted Hetmyer a particularly costly absentee, West Indies deserve huge credit for persuading a competitive squad to take part in a seven-week tour in bio-secure behind-closed doors conditions.

Not only do ECB keep the profits from the series in the form of a broadcasting deal that will be salvaged by a proposed full programme of international cricket this summer, but West Indies players were last week forced to take a 50 per cent pay cut.

But those who play in the first Test at the Ageas Bowl on July 8 and the subsequent two Tests at Emirates Old Trafford will at least receive match fees increased to £6,400 per game while Grave hopes for an extra lucrative future tour to be fitted into the programme. 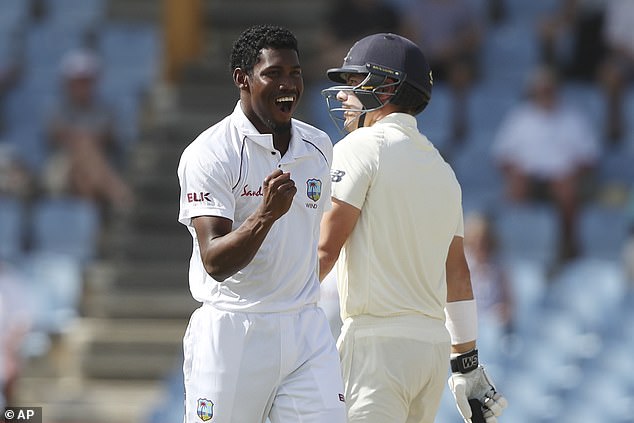 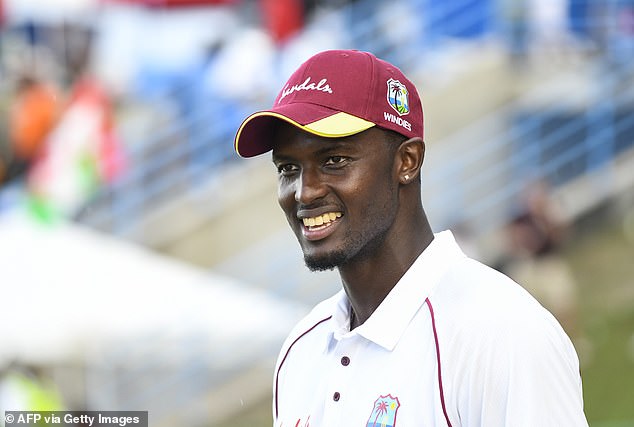 ‘The players are a bit nervous,’ said Wayne Lewis, secretary of West Indies Players Association. ‘But when it was demonstrated to them how the protocols will work in terms of being in the bubble they were fine.

West Indies, who will all be tested for the virus before travelling, will head straight to Old Trafford for a three-week training camp which will include their compulsory 14-day spell in quarantine, which could be reduced by the government.

Then they will head to Southampton ahead of the first Test where they will share the on-site Hilton Hotel at the Ageas Bowl with the England players, officials and possibly broadcasters, with no more than 180-200 people allowed on the ground during the Test.