Joe Root admitted England’s rotation policy was ‘not ideal’ and needs reviewing after his side crashed to another chastening innings defeat against India in Ahmedabad.

The result consigned the tourists to a 3-1 loss overall in a series which saw them make four changes for each of the first three matches and two for the fourth – chiefly forced upon them by sporadic availability.

Although the England captain refused to condemn the comings and goings, admitting his team had been ‘out-skilled’ by opponents impregnable on home soil in recent years, the decision to rest multi-format players during this window undoubtedly hampered the unlikely bid to pip India to a World Test Championship final place. 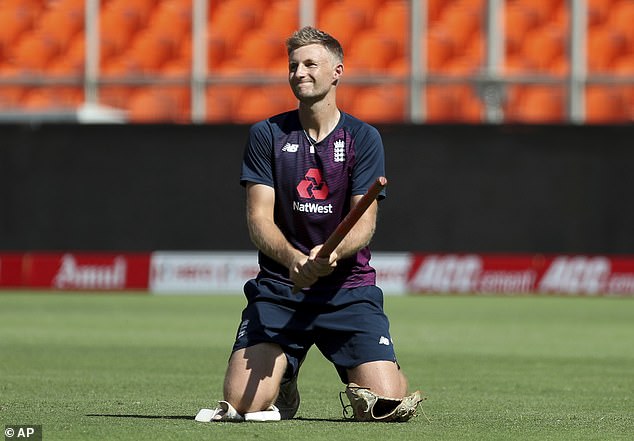 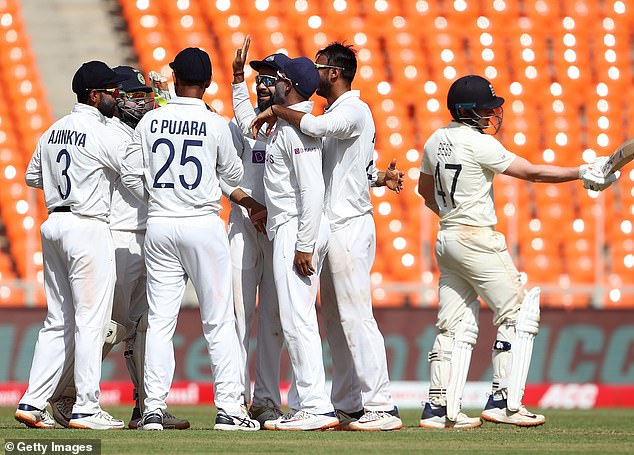 England will be at full strength throughout the five-match T20 series versus India starting this week as they build towards the Twenty20 World Cup back on the subcontinent in October. 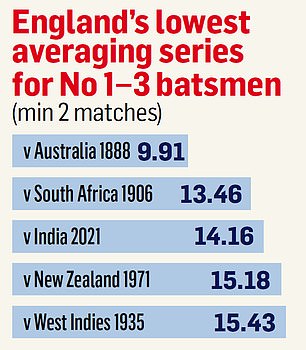 ‘It would be silly for us to look at this and not try to make it better next time, for the next tour, for the next series,’ Root said, diplomatically.

‘There will be a number of things to consider going into that and it would be very naive to make a comment about it now when it does deserve a lot of time, attention and thought before any decisions are made on it.

‘I think it’s important we learn lessons for next time around but it was done with the best interests of the England team and the three formats.

‘It’s not an ideal, perfect scenario, and as a captain you want all your players available for selection as often as possible – that’s not been the case on this tour.

‘But we’ve got to get past the stage of playing people until they fall over. Yes, we might not get it right all the time to start with but we need to move forward and look for a better way and hopefully we find that better way quickly.

‘The rotation policy is there to look after the players. We’ve said all along that making sure that players are looked after and that their welfare and wellbeing is paramount. We’ve got to follow that through.’ 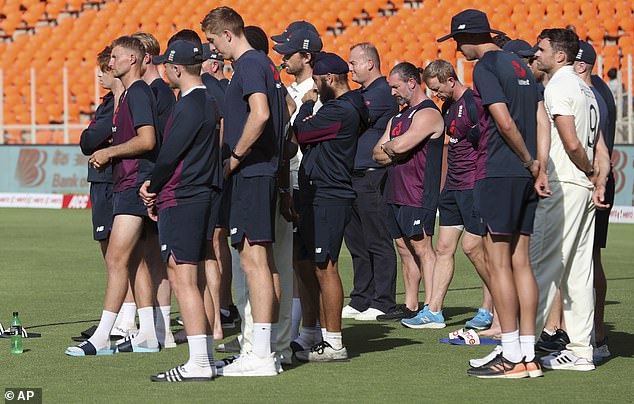 Just as in the penultimate match when Moeen Ali might have balanced the XI, Chris Woakes’ all-round attributes would have been handy in the fourth, when the only back-up to James Anderson on a pitch that encouraged the seamers was Ben Stokes.

It appears inconceivable that England could reclaim the urn against Australia next winter with such a revolving-door policy if the series takes place in a similar bio-secure environment.

But they will have to muddle through at the start of the home summer, with Moeen, Ben Stokes, Jos Buttler, Jofra Archer and Jonny Bairstow all committed to the Indian Premier League for its duration. 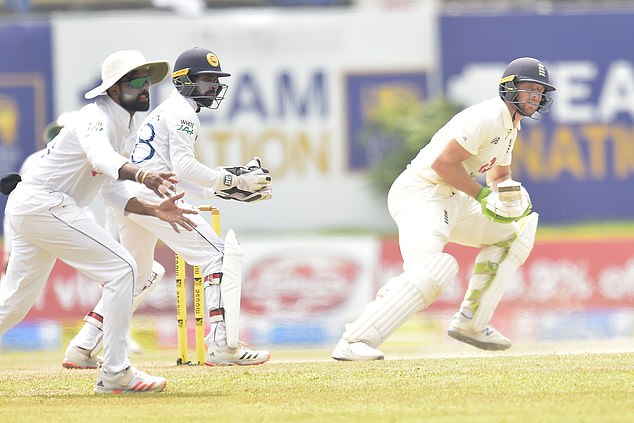 That almost certainly puts them out of the selection equation for the opening Test of two against New Zealand at Lord’s on June 2, although plans to bring the final of the IPL forward seven days to May 30 – a move designed to provide India with an extra week’s preparation for the World Test Championship final against the New Zealanders – would increase the likelihood of them being available for the second at Edgbaston.

Both New Zealand and India are awaiting guidance from the ECB on what quarantine arrangements will be required when they arrive ahead of June 18’s WTC showpiece match, although as things stand England’s players will be permitted to train and play immediately as per the government’s elite sportsperson’s exemption for British nationals returning from organised T20 tournament bubbles.

India’s innings-and-25 run victory returned them to the summit of the ICC’s Test rankings and followed the pattern of recent encounters of the hosts pulling away after an even start to proceedings. 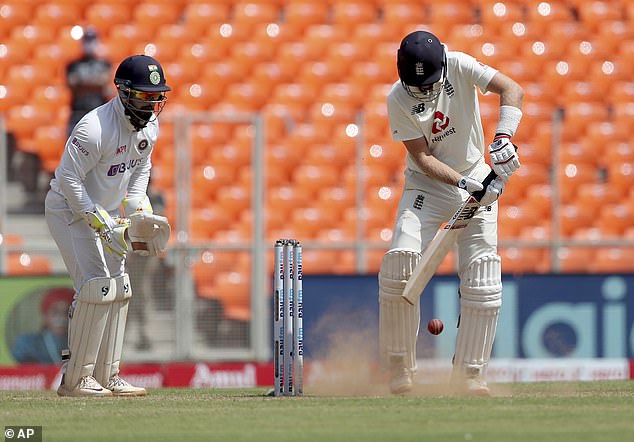 After winning the first Test, England were outplayed by India in the following three matches

The door was open when India were 146 for six, replying to England’s underwhelming 205 all out – but Rishabh Pant slammed it shut on their fingers once the tourists’ bowlers tired.

‘I do think there have been periods where we’ve found ourselves at parity and India managed to grab those moments. Generally, in the lower scoring Test matches that is the difference,’ Root said.

‘When Rishabh Pant walked out at four down, we have a real opportunity to make that count through some wonderful bowling in the early stages. He managed to win that important hour of cricket.

‘That partnership with Washington Sundar was very good and he’s such a difficult player because he hits the ball in unusual areas. Their experience of these conditions probably just outweighed us and was a big difference in this series.’

Kohli, meanwhile, claimed the first match of the series was an aberration for his team due to the toss in Chennai playing too much of a part – ‘I don’t think the bowlers were in the game at all,’ he said.

They were from that point onwards, however, and Ravichandran Ashwin and Axar Patel shared the 10 England wickets equally on Saturday to take their share for the series to an incredible 59.