When Sam Curran ran in at Mitch Marsh at a packed Oval on Friday it was somewhat different to their first cricketing encounters.

Thanks to a deeply entwined history between their two families, these took place when both were children in the garden of the then Marsh family home in Harare.

Difficult circumstances threw them together, and neither could have imagined that one day they would face off in the highest profile of all Test series. 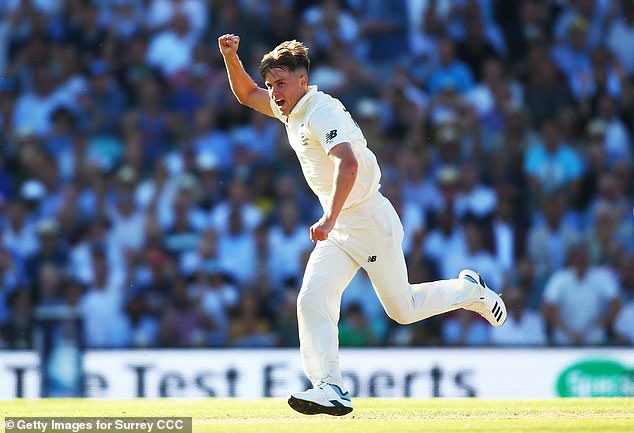 Their paths crossed around 2004 when Curran’s family had their farm, near the town of Rusape, confiscated by the Mugabe regime. They took refuge with the Marshes in the Zimbabwe capital.

Sam’s late father Kevin was assistant to Mitch’s father Graeme, who was head coach of the national team at the time. They ended up living together for much of the next three years.

A feature of that time was, by all accounts, some highly competitive games involving Mitch, his brother Shaun, Sam Curran and his siblings Tom and Ben.

They have all gone on to be outstanding cricketers, four of them having played internationally, and Ben an opener for Northamptonshire.

Another regular round at the house in that period was Kyle Jarvis, of Lancashire and Zimbabwe. 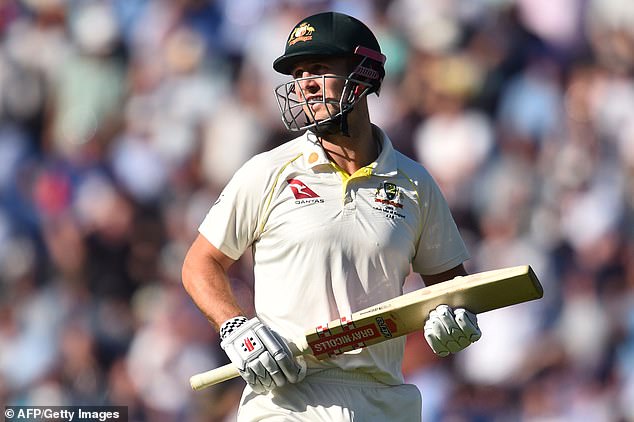 ‘He got me against the England Lions,’ said Mitch – who completed an unlikely five wicket haul on Friday morning – of his first professional reunion with Sam, nearly seven years his junior.

‘It’s kind of crazy to think their old man was assistant coach for my dad and we basically grew up for three years together.

‘To think we’re playing against each other in Test match cricket is pretty special. I saw Tom yesterday, he reminded me he got me out at the SCG. I had to get one up on the brothers.’

He dismissed Sam on Thursday, but after coming in mid-afternoon to face his first balls against his one-time garden adversary the Surrey left armer was unable to repay the compliment.