Shane Watson put his body on the line for Chennai Super Kings during Sunday’s IPL final.

The veteran Australian all-rounder required six stitches after his knees were left covered in blood as he attempted a quick two.

He smashed 80 from 59 balls but could not prevent the Kings from falling to a dramatic defeat at the hands of Mumbai Indians. 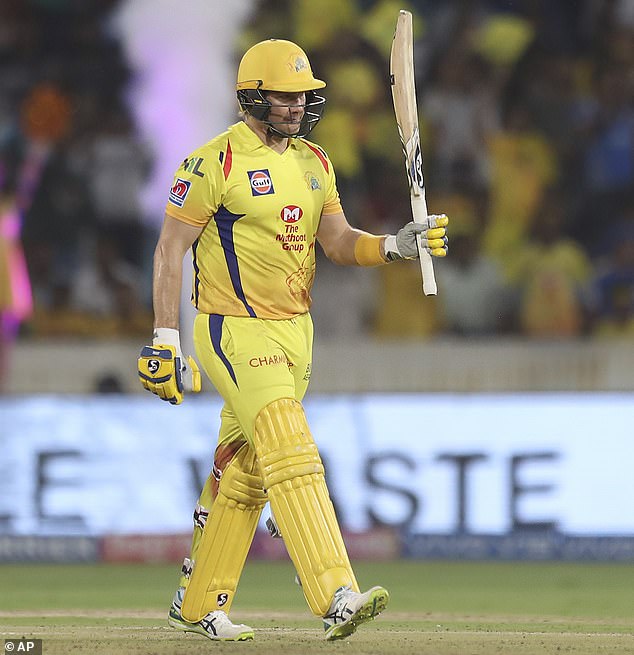 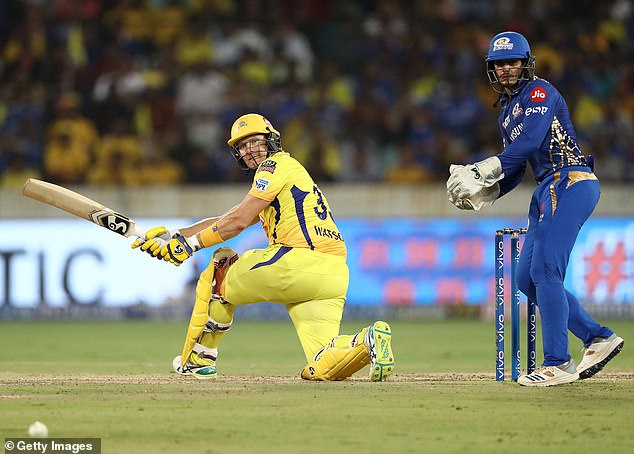 Mumbai won by just one run, with Watson dismissed despite a huge knee slide, with the Kings just four runs short of the victory target with two balls remaining.

It had been a heroic effort from Watson, shouldering on as blood seeped through his yellow trousers.

He appeared to suffer the injury as he attempted a similar knee slide earlier in the match.

The 38-year-old could not quite get his side over the line in a thrilling finale to this year’s tournament. 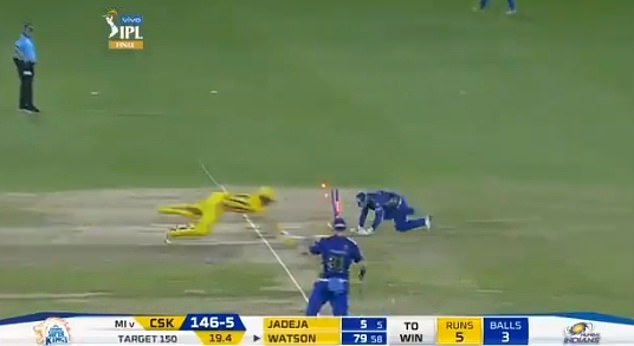 Watson was attempting a quick run, similar to his dismissal, when he suffered the injury 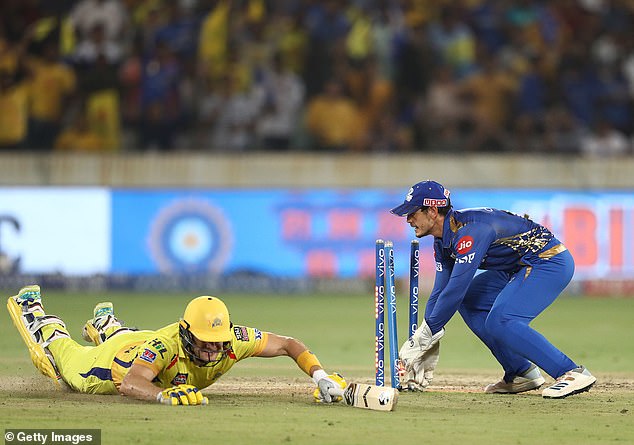 And it was Watson’s valiant effort through the pain barrier that drew a lot of focus on social media afterwards.

One wrote: ‘Heartbroken. What a player he is. Absolute champion. Blessed to have this man.’

Another remarked: ‘With blooded left knee. Respect your dedication level sir. We should have won at least for this man’s efforts.’