D’Arcy Short and Matthew Carter shine as Trent Rockets continue perfect start in the Hundred with thrilling seven-run victory over London Spirit in front of nearly 24,000 fans at Lord’s

Carter, who took two for 17 on his Hundred debut against Northern Superchargers, bettered that performance at Lord’s with three for 17 to leave Spirit’s top order in tatters before Patel (three for 20) and Khan (two for 13) weighed in.

The Rockets were also indebted to Short, who batted right through for an unbeaten 69 off 47 balls while his team-mates struggled against Spirit’s spinners to post a modest 123 for four. 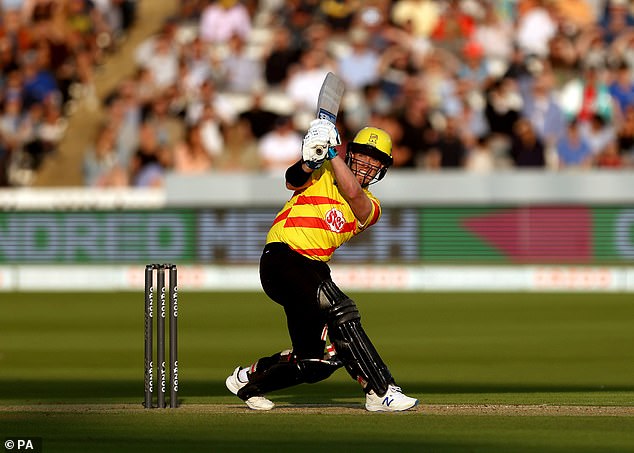 But Rockets’ slow bowlers proved even deadlier and, despite a late flurry by Roelof van der Merwe and Blake Cullen, London could only muster 116 for eight.

Spirit, who put the visitors in, thought they had broken through early on when Alex Hales chopped Mohammad Amir to point – but the batter remained unmoved, with the review proving he had struck the ball into the ground.

Hales began to find his rhythm, slog sweeping Van der Merwe for six and hitting successive fours off Mohammad Nabi to reach 21 before the Afghanistan all-rounder lured him down the pitch for Adam Rossington to remove the bails.

Nabi’s nagging line paid off again when he induced a leading edge from Dawid Malan, taking a tumbling return catch to finish his allocation with two for 20. 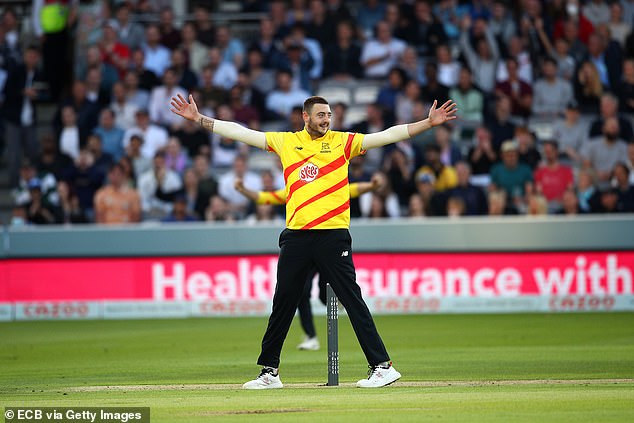 Spinners Matt Carter (above), Samit Patel and Rashid Khan played a key role in the victory

The Rockets also failed to get on top of leg-spinner Mason Crane, who returned one for 16, while skipper Lewis Gregory perished to a running catch by opposite number Eoin Morgan at backward point.

It was left to Short to hold the innings together and he performed that task with distinction, accelerating with four boundaries in Chris Wood’s final set of five to lift the Rockets to a competitive total.

Carter made immediate inroads in the London reply, with Rossington falling to Luke Wood’s diving catch on the boundary and Nabi – who had just hit a maximum – going after the next ball as well and picking out the mid-off fielder.

When Patel had Josh Inglis caught behind off a top edge and Joe Denly fell lbw trying to sweep Carter, Spirit were sinking at 33 for four – and their situation steadily worsened.

Morgan reached 18 off 20 before becoming the first of two victims in successive balls for Patel and, although Van der Merwe and Cullen put on 23 from the last 15, it was not quite enough. 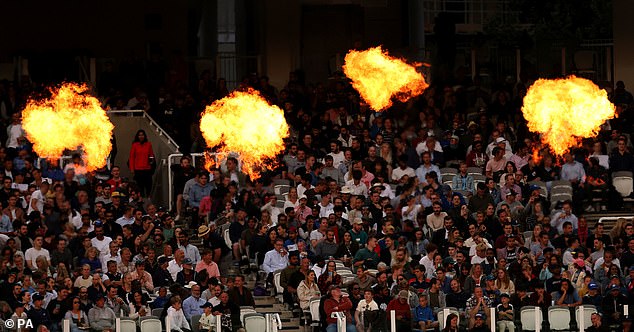