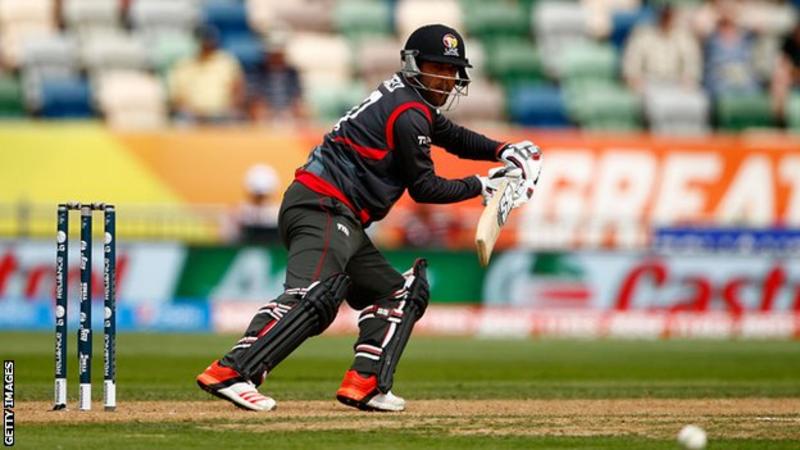 Captain Mohammad Naveed is one of three United Arab Emirates players to have been provisionally suspended after being charged under the International Cricket Council’s anti-corruption code.

Naveed faces multiple charges, including an agreement to “fix or contrive” matches in the upcoming World Twenty20 qualifiers.

Fellow seamer Qadeer Ahmed has been charged with six breaches of the code while batsman Shaiman Anwar faces two.

They have until 30 October to respond.

Mehardeep Chhayakar, described by the ICC as “a participant in cricket in [the Emirate of] Ajman”, has also been charged with one breach of the ICC code.

In addition to two charges under the ICC code, Naveed, 32, has also been charged with two breaches of the Emirates Cricket Board Code for the domestic T10 League.

The UAE play Oman on Friday in the first of six World Twenty20 qualifiers taking place in the country this month.