India captain Virat Kohli and England all-rounder Ben Stokes clashed on day one of the final Test in Ahmedabad – and Mohammed Siraj has explained the reason behind the altercation. With England struggling at 32-3 after 13 overs, Kohli and Stokes had an animated conversation where they had to be separated by umpire Nitin Menon.

The chat continued and the pair once again walked up to each other, with the other on-field umpire Virender Sharma this time intervening.

It was not clear at the time what the issue was about but Siraj has now shed light on the situation.

The pace bowler bowled the 13th over, with the final ball being a bouncer.

And Siraj claimed Stokes gave an angry reaction, which led to Kohli stepping in.

Siraj said after the day’s play: “[Stokes] was swearing at me, so Virat bhai intervened and handled that well. These things happen at ground.” 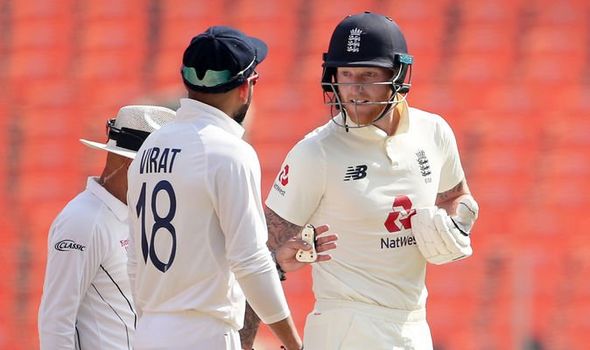 Asked about the clash, Stokes instead said it was just a sign of competitiveness between the two teams.

Stokes said: “Look at it from a different way, you know, two-three guys who care about what they are doing, care about representing and played against each other and you know, why would they not be competitive?

“So we are not going to back down to anyone…for me that is what it was, competitive guys trying to get over each other.”

At the time of the incident, former England spinner Graeme Swann, who was commentating, thought it was a friendly exchange.

“A little conflab in the middle between Ben Stokes and Virat Kohli,” Swann said. 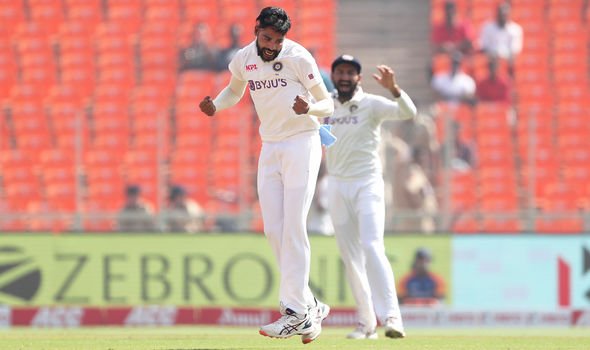 “Not sure what it’s about, it seems very friendly.

“Maybe it’s not quite so friendly, the umpire’s stepping in. We want a clean fight lads, nothing below the belt.”

England once again struggled with the bat, as they were bowled out for 205.

India lost Shubman Gill without scoring before ending the day on 24-1.

Siraj picked up two wickets and said he followed the same plan he has used in his short Test career to date.

“We planned to bowl patiently and keep bowling at the same spot,” he said.

“Virat bhai told me that we only have two fast bowlers so we will keep rotating, and we will be well-rested.

“When I started bowling from the Reliance End, there was a little extra bounce and good movement from that end after I switched.

“When I played in Australia or when I play here, I will put my effort on every ball otherwise it’ll affect the team, and it will release the pressure.