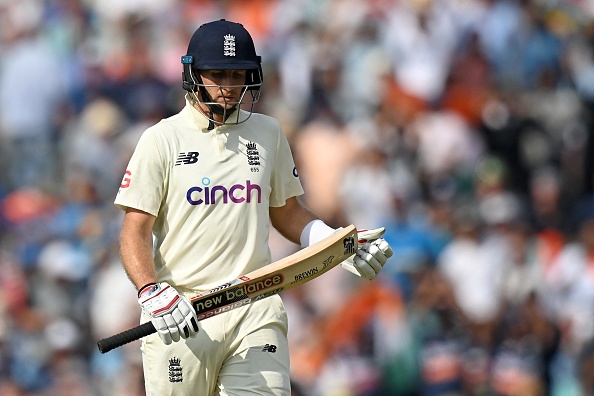 England’s cricketers have no option but for all-out attack in Friday’s final Test against India at Old Trafford, trailing their opponents as they do by one match in the series.

This clarifying situation, with its binary imperatives, should suit players weaned on white-ball formats where minds need easily to be made up and jeopardy decreases the fewer the overs that are bowled.

But that is where the help ends. White-ball cricket might bring wealth to players and the England and Wales Cricket Board but it is not breeding savvy Test players, and we’re not just talking iffy techniques.

Just as important, maybe more given it has arguably cost England two Test matches this series, is the identification of moments in the game to make the opposition pay.

In Test cricket those opportunities can take ages to present themselves but can disappear in an instant.

It seems churlish to accuse England of naivety but with more savvy game management and some better slip catching, two skills not often called upon in the white-ball game, Joe Root’s team might have been 3-0 up in this series and not 2-1 down.

Root identified this lack of acuity by his players at the Oval in the post-match press conference, where he rued England’s lack of ruthlessness in their first innings.

Having recovered from 62 for five, to the point where they were 221 for six (30 runs ahead of India’s first-innings total) their mindset should have been to cussedly bury their opponents beneath a massive lead of well over 150 runs.

Instead, an airy-fairy slog by Moeen Ali and an unseemly heave by Ollie Robinson, saw their lead limited to 99, a handy but not decisive advantage and one soon wiped out by India’s mammoth 466 in their second innings.

A similar opportunity to pin India down came in the second Test at Lord’s. There, a mad hour from England’s bowlers on the final morning, where they seemed more intent on avenging James Anderson than taking wickets following Jasprit Bumrah’s bodyline attack on him earlier in the match, cost them their ascendancy and eventually, after another woeful batting display, the match.

Following that reversal Root was philosophical, saying good could come of the foul up providing England learnt from their mistakes. That they don’t appear to have done so has brought a more critical tone from him following this latest defeat.

Identifying what ex-Aussie captain Mark Taylor calls the ‘big moments’ in a Test, and then having one or more players grab them, is just what Bumrah did for India at the Oval and why England badly miss Ben Stokes.

Bumrah took just two wickets in England’s second innings, but the timing of them, just after lunch when most pundits were still predicting a draw, had the simultaneous reaction of making India believe and England to doubt — a double shift in what Shane Warne likes to call ‘the momentum’.

With his faltering run-up, which resembles a spluttering tuk-tuk on a cold Delhi morning, Bumrah doesn’t look much like a match-winning fast bowler until he gets within a few strides of delivery. Then, his action bursts into life like a trebuchet catapult hurling missiles at a castle wall, the military imagery further enhanced by those whirling, ramrod-straight arms of his.

Not that he is about brute force and ignorance, far from it. Although he can push his pace to around 90mph and target the body with bouncers along with the best of them (as Anderson discovered at Lord’s), Bumrah’s control of direction and movement, especially the reverse-swing he got on that final day, is laser-guided. Fitting then, that he has taken fewer Tests to reach 100 Test wickets than any other Indian pace bowler.

His post-lunch spell had some, like Michael Atherton, recalling the feats of other great reverse-swing bowlers like Pakistan’s Waqar Younis, praise not lightly given. Waqar and Wasim Akram were masters of taking the pitch out of the equation, a crucial thing in Asia where playing surfaces can go to sleep before lunch on the first day.

Those two did it by targeting the stumps and pads with late-swinging yorkers, all homing in at 90mph, something Bumrah replicated the other day by bowling Ollie Pope and Jonny Bairstow in the space of four balls. Reverse-swing is something else that doesn’t happen much in white-ball cricket, and it showed.

Actually, Bumrah differs from Waqar [Younis], whose low bowling arm drew batsmen into thinking the ball was going across them before it dipped in at the last moment. Bumrah delivers from wide on the crease with a high arm, so batsmen, at least the right-handers, must know it is coming into them and therefore where the danger lies.

Still, as Graham Gooch used to say about facing Warne, whose googly was not as well disguised as some wrist-spinners: ‘You might know which way it is going to turn but you still have to play it.’

Providing Root can rally his flagging players, England have a good chance of winning the final Test and drawing the series. Unless the dynamic suddenly shifts, the narrative so far has pivoted around two fine bowling attacks upending two vulnerable batting line-ups. It really is anyone’s game, especially if the groundsman leaves some grass on the pitch.

How to get your Metro newspaper fix

Metro newspaper is still available for you to pick up every weekday morning or you can download our app for all your favourite news, features, puzzles… and the exclusive evening edition!