Home » Сricket » ‘Wouldn’t want that on our heads’: SCG boss insists Test will be safe

SCG supremo Tony Shepherd has launched a fresh defence of the third Test being staged in Sydney amid fears it could trigger a spike in virus cases and a city-wide lockdown, saying on Thursday "we wouldn't let a crowd in if we thought it was dangerous".

Plans for attendances of up to 50 per cent of the venue's capacity at the Sydney Test have prompted concern from health experts, who are worried it could contribute further to a virus outbreak that has since spread to Victoria, which reacted on Thursday by announcing it would close its border at midnight to NSW entirely. 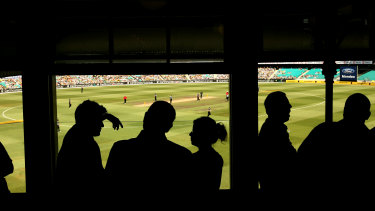 The SCG is due to host the third Test from January 7.Credit:Steven Siewert

While the border update stands to impact on the Big Bash League schedule, with the regular season supposed to end with a run of games in Sydney and Melbourne from mid-January, Cricket Australia sold more than 1000 tickets on Wednesday for the third match of the Test series between Australia and India. Under the current NSW Health restrictions a daily crowd of about 19,000 can attend when it begins next Thursday.

With 10 new locally transmitted cases announced on Thursday and restrictions in place on New Year's Eve celebrations and around social gatherings, NSW Labor leader Jodi McKay said having crowds at the match was "just opening it up to trouble" while Zali Steggall, the independent federal member for Warringah, claimed NSW Premier Gladys Berejiklian and NSW chief health officer Kerry Chant had "lost all credibility" by approving it.

However, Shepherd, who heads the Venues NSW board which oversees the SCG and was a central figure in convincing CA to keep the third Test in Sydney, maintains "the safety of our fans the players is absolutely paramount".

He was speaking a day after a crowd of 10,128 attended the A-League derby between Macarthur FC and Western Sydney Wanderers at Bankwest Stadium on Wednesday night. 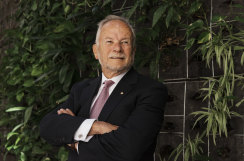 "It's not like a million people milling around Sydney Harbour on New Year's Eve. It's a totally different environment," Shepherd said.

"We wouldn't let a crowd in if we thought it was dangerous. We haven't had a single transmission amongst fans at a stadium since COVID-19 came on the scene.

"We've got strict protocols in place, we check on where people come from, we get the QR codes, we have social distancing, we have a lot of security, people can't mix in the stadium and have to stay in their part of the stands. We think we've got a very safe stadium and we wouldn't open it if if we didn't think it wasn't. We wouldn't want to have that on our heads."

Shepherd's comments came as Berejiklian also backed the decision to hold the Test before a crowd but indicated attendance caps could be amended based on transmission numbers in the next week.

"The bottom line is this: we have to find a way to safely move on and return as much as possible to normal but keep protocols in place to protect [people]," Shepherd said.

"Provided people follow the protocols …. it will work, particularly in NSW with our excellent contact tracing and very, very high level of testing and quick turnaround of testing. If we all follow the rules, we'll be safe."

Former Test fast bowler Glenn McGrath, meanwhile, said his fingers were crossed the match would be able to go ahead with a crowd. The major fundraiser for the McGrath Foundation, named after his first wife Jane who died of breast cancer, is held on the third day of the SCG Test every year.

"That's where it all started, that's where everything has been. It's still my favourite ground in the world," McGrath said from Mumbai, where he is commentating on the series for Sony India.

"At the end of the day with COVID and the way this last year has been, we were trying to prepare for any outcome. We'd put a lot of contingencies in place, whether it was in Sydney or in Melbourne, to try and ensure that it was still a success. But ultimately Sydney is where we preferred it to be.