Home » Сricket » BUMBLE AT THE TEST: England's bowlers give reason for optimism

BUMBLE AT THE TEST: England’s bowling line-up show they will be in a good place after Jimmy Anderson and Stuart Broad… while Alex Lees needs to ‘calm down’ to take his game to the next level

Joe Root and Jonny Bairstow were England’s saviours again as they dragged the hosts to 259-3 at stumps on day four against India.

England are facing a record chase of 378 runs and the duo’s partnership of 150 of 197 balls has got fans daring to dream.

Sportsmail’s DAVID LLOYD picks out his talking points from the fourth day of action at Edgbaston. 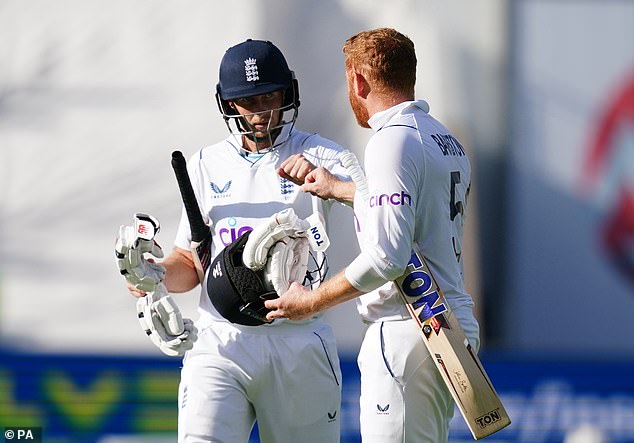 The Cesarewitch is a gruelling race run over two miles two furlongs at Newmarket. Last year, Burning Victory looked the winner all the way, until Buzz pounced in the last furlong and pipped him at the post.

India have bossed most of this Test match, but can England do a Buzz on the last day? Send for Oisin Murphy!

Rishabh Pant has taken over MS Dhoni as India’s wicketkeeper – which means they still have a box-office player in that position.

They’re similar in a way: same sort of build and chunky stature, and while they’re not always aesthetically pleasing, they’re belligerent batsmen. Pant get their fans going, and I bet he gets right up opponents’ noses. Mind you, you’d want him in your team. 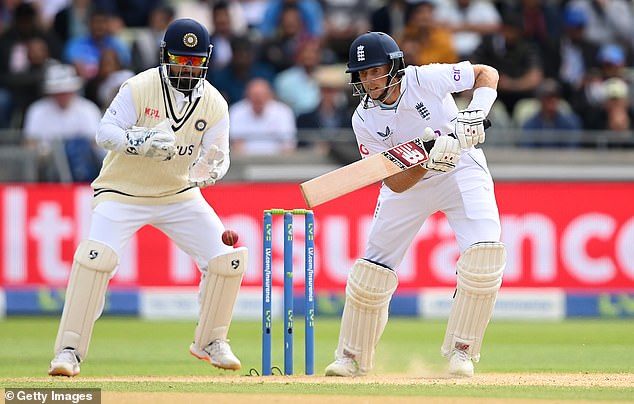 Matthew Potts has slotted in very quickly to this England bowling line-up, and if you look at what they have after Jimmy Anderson and Stuart Broad, they seem in a good place.

Jamie Overton bowled with real speed on his debut against New Zealand, and Olly Stone is back from injury.

Mark Wood’s in the mix, and if someone can get the penny to drop with Ollie Robinson about his fitness, England look well stocked. 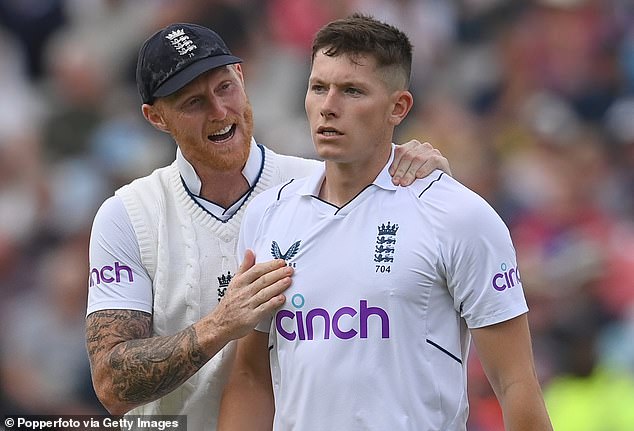 Years ago, it was a hearty slap on the back to recognise and appreciate an opponent’s success. Then came the firm handshake. This was followed by a solid tap on the buttocks, and something known as a fist bump.

Now we have Virat Kohli blowing kisses. I really don’t know where all this is going to end.

Alex Lees is doing just fine at the moment, and that was a nice innings from him before the run-out. If he gets a hundred, he should kick on.

But I’ve been watching him closely, and he reminds me of the Harry Enfield sketch with the Scousers: I just want to shout ‘calm down, calm down’.

After every ball, he’s playing little shadow shots, instead of focussing on the next big event, which is about 30 seconds away. The great players move on immediately. Lees would be well advised to do the same. 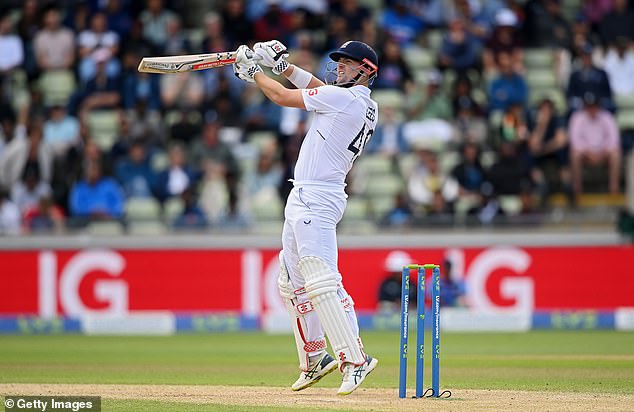 It really is high time the ICC did something about the funereal pace of the game. The product is sensational, but the players have a huge obligation to keep things moving. They were 15 overs short on Sunday!

Lads, it’s a real bad look: right now, you are the custodians of the game. And the coaches and managers also have a role to play. Get on with it!

I went through the Tyne Tunnel the other day and got somewhat confused. There were no toll booths, so I thought it was free. Vipers told me later I had to pay online, which I did – handing over the princely sum of £1.90.

However, I’ve now been slapped with a £60 penalty for late payment! Is there anybody up there with connections who can help? Harmy, Beefy, Colly, Sting?