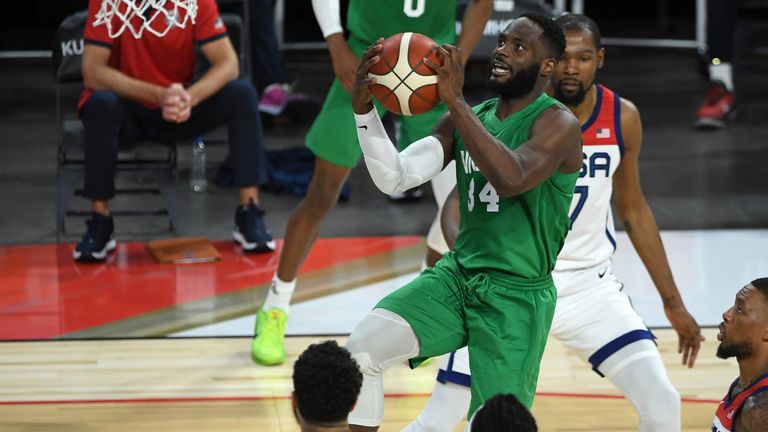 Nigeria pulled off one of the greatest upsets in international basketball history on Saturday night by stunning Team USA in an Olympic exhibition game in Las Vegas, beating them 90-87.

It was Team USA’s first-ever loss to an African nation. They had defeated Nigeria 156-73 in August 2012 at the London Olympics.

The Nigerian side defeated a Team USA starting five of Damian Lillard, Bradley Beal, Jayson Tatum, Kevin Durant and Bam Adebayo. Gabe Vincent, who averaged 4.8 points in 13.1 minutes per game for the Miami Heat this past season, led all scorers with 21 points and made six 3-pointers for Nigeria. Durant scored 17 points and Tatum had 15 for Team USA. 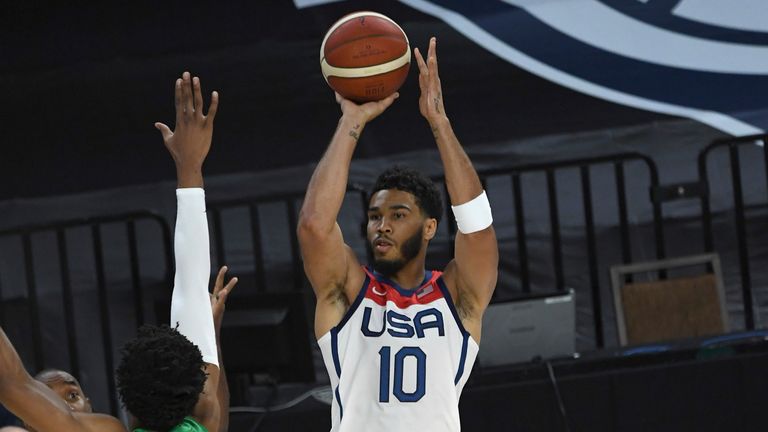 “It just goes to show that we have to play better,” Tatum said.

“I thought that the Nigerian team played very physically, did a great job in that regard and knocked down a lot of 3s,” US coach Gregg Popovich said. “Give them credit.”