Home » Boxing » Anthony Joshua: Bigger than a boxer? How 'AJ' has changed the game for everyone 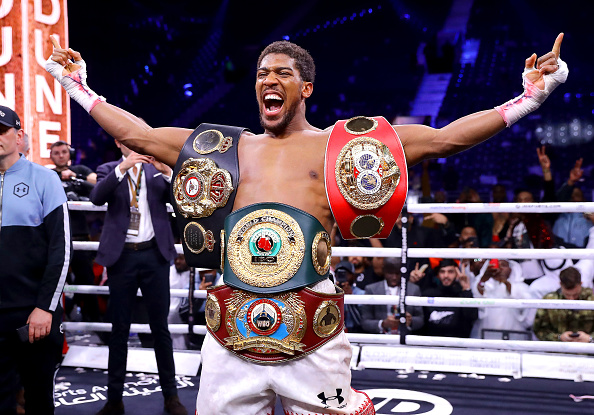 During the many exchanges between Tyson Fury and Anthony Joshua over the last 12 months, one that has regularly reared its head has been the accusation that the latter is merely a ‘businessman’.

‘He’s a businessman, I’m a spartan,’ has been a common line from ‘The Gypsy King’, the accusation being that the reigning IBF, WBO and WBA heavyweight champion is more focused on life outside of the ring and in some way, doesn’t measure up in it.

In some ways, Fury is right. The Anthony Joshua brand has grown exponentially over the last five years. Among his lucrative sponsorships include deals with Hugo Boss, Land Rover, Under Armour and Beats Electronics.

His management company, 258, represents some of the UK’s best boxing talent including WBO cruiserweight champion Lawrence Okolie, light heavyweight contender Joshua Buatsi and emerging prospect Campbell Hatton. In recent weeks, it has also branched out into the world of cycling with the launching of 258 Protégé.

Joshua is a brand, a very successful one at that. But like Roger Federer, Cristiano Ronaldo and Lionel Messi to name a few, that has been accomplished while also achieving and maintaining sporting excellence.

Joshua’s career has been decorated with medal and championship success and the sort of performances that demand the spotlight. In his eight-year professional career he has become the biggest name in British boxing, breathing life into a heavyweight division that had lost its domestic allure while selling out arenas and stadiums at every turn. The Tottenham Hotspur Stadium will be another to follow this weekend against Oleksandr Usyk having already ticked off Wembley twice, Cardiff’s Principality Stadium and Madison Square Garden.

Tony Bellew shared a promoter in Matchroom Boxing with Joshua for many years and has experienced life before AJ and life after AJ in boxing. The difference between the two is huge, says the former cruiserweight champion.

‘There is boxing and then there is AJ,’ Bellew said. ‘The guy is a walking enterprise. This is a man who took unified boxing to the desert in Saudi Arabia, if that doesn’t show that this man is a walking commercial giant, nothing will. He has taking boxing to a whole new level in this country.

‘This is a man who makes stadium fights on a regular basis whether it is p*****g down with rain or the sun is blazing. He fills stadiums, not leisure centres or arenas, 80,000-seater stadiums. I understand what boxing was worth before AJ and I understand what boxing is worth after he established himself. And I made a lot more money in boxing after he established himself than what I did before.’

Joshua’s latest challenge is Usyk, the undefeated cruiserweight king who could scupper plans for a unification meeting with Tyson Fury next year. The 2012 Olympian was understandably frustrated to see a fight estimated to be worth £140million against Fury collapse during the summer, but a measure of his faith in how business was conducted on his end was illustrated this week. Joshua committed to a new contract with Matchroom, signing a ‘career’ contract with the promoter to continue their relationship until he decides to hang up his gloves.

Matchroom CEO Frank Smith has been along for much of the ride and has experienced first-hand how Joshua’s decision-making and loyalty to those around him have paid off inside and outside the ring.

‘He’s just very professional, very smart and with everything he decides to do, there is a lot of thought behind it,’ Smith said. ‘There are no rushed decisions and compared to a lot of people in the sport, that is rare. A lot of people don’t really look at the long-term goal. And that is in everything Anthony does, in the way he trains, the team he has around him, he has always planned for long-term success, not short-term.

‘And it has worked. We signed him in 2013 off the back of the Olympics. It is eight years together. In terms of working with someone, he believes in what we do and he lets us get on with what we do. He has a group of people around him who all deliver for him and he trusts in what they do. It has worked out quite well.’

While Joshua’s ventures outside the ring have been used as a stick to beat him with by his biggest rival, Smith insists that work undoubtedly has a knock-on effect that benefits other fighters.

‘You only have to look at the other people at the top of their sports, Roger Federer, Cristiano Ronaldo, Lionel Messi, who have not only been at the top for a long time but also from a commercial perspective have built their own brands,’ Smith continued. ‘It is the same with what AJ has done and he’s probably one of the only people in boxing who has managed to do that.

‘That is something you have to do outside of your boxing career. People can say what they like about him but he has only grown the sport that his competitors are involved in. It’s better for him and it is better for them.’

Joshua has already forayed into Eddie Hearn’s side of business, co-promoting his first show back in 2018 when Lawrence Okolie took on Isaac Chamberlain. Whether it’s in the promotion game or in the boardroom, the Watford fighter has long been laying the foundations for when he does leave the ring.

‘Any sports career doesn’t go on forever,’ Smith said. ‘A lot of fighters leave boxing then they don’t know what to do with themselves because it is all they have ever done. Setting up these other areas of business while you can is great because it gives you something to focus your mind on when you’re not in the sport day-to-day. Anthony is a smart guy, everything he does, he thinks about it, and it is going to pay off in the years to come. ‘