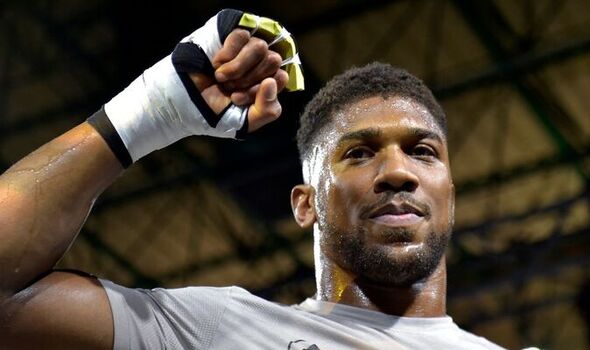 Anthony Joshua looks set to fight the winner of Dillian Whyte versus Jermaine Franklin next in early 2023, promoter Eddie Hearn has revealed. The two-time world champion is desperate to find his mojo again following back-to-back defeats to pound-for-pound great Oleksandr Usyk, who successfully outpointed his opponent during two one-sided shutouts in London and Jeddah.

Joshua had initially looked set for an immediate return to the ring in December following his latest setback but finding a suitable opponent proved difficult during a tight turnaround.

Instead, AJ has been given the chance to rest and recharge over Christmas before going again in the New Year, when he will seek to get his career back on track via some potentially massive fights that are on the horizon for the Brit.

But for now, he will have a close eye on Whyte’s clash with American Franklin next weekend after Hearn declared AJ is set to fight the winner.

The Matchroom chief has handed the the underdog a life-changing incentive ahead of the heavyweight contest, telling iFL TV: “I said at the head to head yesterday [to Franklin] ‘If you win this fight, you’re fighting Anthony Joshua, and you’re getting seven figures plus and you’re about to change your life.’

Hearn also talked up the prospect of a rematch happening between Whyte and Joshua next – should the Body Snatcher be victorious.

The old rivals first locked horns in December 2015 when AJ successfully knocked out Whyte at the O2 Arena before going on to win world honours.

“I think there is a very good chance you’ll see it next. I think for AJ, he’s set to start his camp at the turn of the year. He’s looking to fight in March,” Hearn added.

“So we’ll look to see how Dillian gets through, if he wins do we go straight into the fight with AJ or do we do that in the summer – in a stadium.

“I’m happy to go straight into it but we’ve got to speak to AJ’s training team, see how Dillian Whyte gets through.

“It’s definitely a focus to make AJ against Dillian Whyte if he is victorious.”

Joshua’s long-term ambition is to not only win back his straps but to prove his mettle against the likes of Tyson Fury and Deontay Wilder.

For one reason or another, the bouts have continued to elude him despite extensive negotiations but there is now an extra appetite to ensure both happen before AJ hangs up his gloves.

Fury is set to defend his WBC world heavyweight title on December 3 when he faces Derek Chisora at the Tottenham Hotspur Stadium.

Should he prevail, the Gypsy King then plans to face Usyk in a mouthwatering undisputed clash in 2023.

Joshua needs to ensure he is back in title contention come the conclusion of that clash, when the relevant governing bodies are set to break up the belts.