Dillian Whyte doesn’t want to wait as long as Eddie Hearn does to get his long-awaited rematch on with Anthony Joshua. The two heavyweight rivals met in an explosive bout back in 2015, with both the British and Commonwealth title belts on the line, and it was ‘AJ’ who prevailed after a devastating uppercut landed him a KO in the seventh round.

The pair sold out The O2 Arena in London for their fight, which holds roughly 20,000 seats. And in the aftermath of Joshua’s defeat to Oleksandr Usyk, promoter Hearn revealed that negotiations were underway to face ‘The Body Snatcher’ a second time.

“We’re talking to Dillian about his next fight in November, other people are making offers, but I see that fight in the spring or summer 2023 in a stadium,” said Hearn. “It’s a massive fight. He [Joshua] 100 per cent wants to fight Dillian Whyte.”

Like his compatriot, Whyte is also seeking to rebuild his pro-career after being left reeling from his own world title match with Tyson Fury in April. Again, it was brutal uppercut that did for him as ‘The Gypsy King’ decisively floored the challenger in the sixth round at Wembley Stadium. 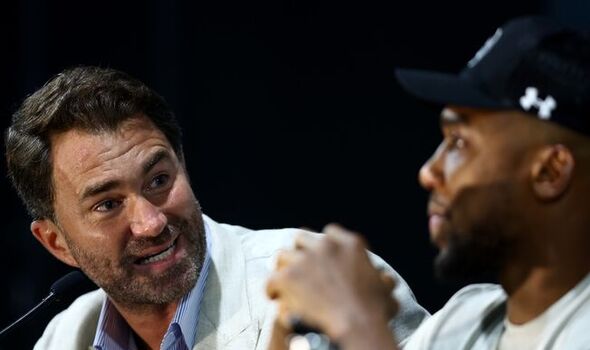 And he appears to be licking his lips at the prospect of getting back on track by taking on Joshua, but doesn’t want to wait until 2023: “If he wants to fight in December, then let’s fight, he told ifl TV. “I’m coming off a loss, he’s coming off a loss. We’ve had two fights already. Why not get it on in December? That’d be perfect for me. I’d be ready for December.”

Whyte reference to ‘two fights already’ includes the pair’s amateur bout back in 2009, which the Brixton man won on points over three rounds. But his insinuation that Joshua will return to the ring just four months after facing Usyk appears optimistic. 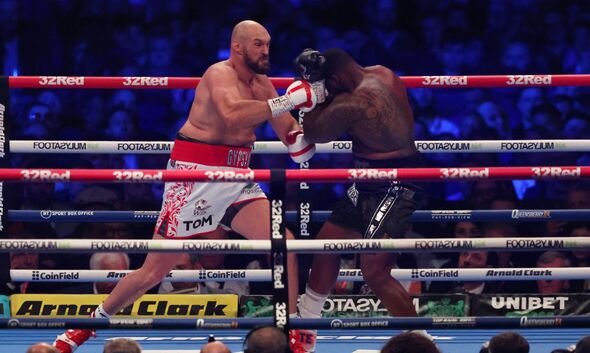 For his part, Joshua, 32, has remained tight lipped on his next move. He did however, break his silence following his bout in Saudi with a Twitter post this week, where he uploaded an image of himself looking ripped in a swimming pool.

With it, he wrote an eight word message to fans which read: “Note to self: I need to work harder.” The statement drew a mixed response from his 3.4 million followers.