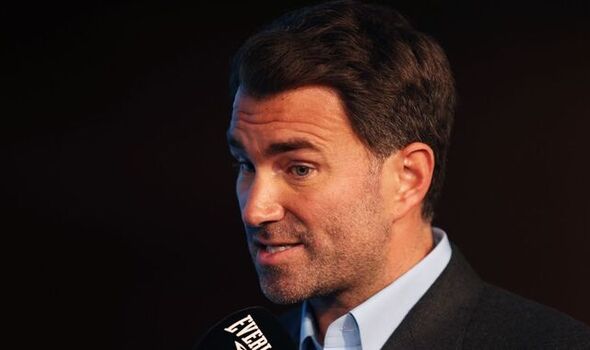 Eddie Hearn has claimed that a group of boxing promoters and executives from the United States are trying to sabotage Matchroom Boxing’s expansion into the United States. Since signing with streaming platform DAZN the British promoter has put on multiple cards in America under the ‘Matchroom USA’ banner and has signed a slew of talented fighters from across the pond.

Clearly, not everyone is happy about Matchroom’s recent successes and Hearn has accused Leonard Ellerbe, Lou DiBella, Bob Arum, and Stephen Espinoza of all working against him.

“I’m talking Leonard [Ellerbe], Lou DiBella, Bob Arum, Stephen Espinoza,” Hearn told FightHub TV. “Do you see that? Say this, say that. Say I only did these amount of numbers. Call it Dark Zone. Yeah, that was good. Keep going, keep going.’ And all the energy that they’re using is just like evaporates, while my energy — which is why I can go Australia, Jeddah, San Antonio, and LA all in a week and smash it up. We’ve got much bigger plans for all this.

“So, what I’m experiencing in the US is only what I experienced in the UK when I started, which was resistance from the industry. But that’s flattering in a way. I want to leave a mark wherever I go. I’m not interested in conforming. I’m not interested in pretending to be something I’m not, going in and making friends with these people, and being two-faced. 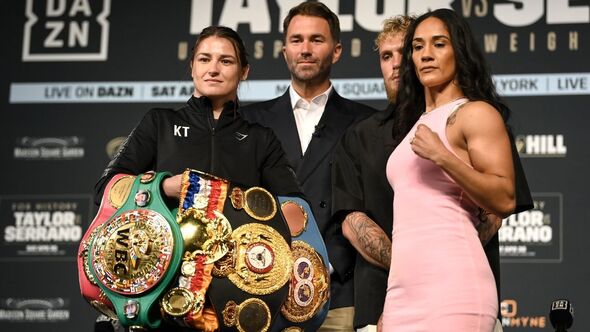 Hearn’s most recent blockbuster American fight was Canelo Alvarez vs Dmitry Bivol in May at the T-Mobile Arena, Las Vegas. According to Hearn, Ellerbe claimed that the fight only received 120,000 pay-per-view buys when in reality the numbers were far higher.

Joyce could get Olympic gold medal upgrade as investigation launched

Footage emerges of young Mayweather getting beaten up in sparring 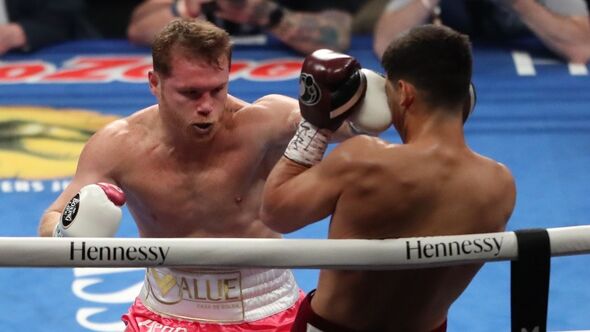 He said: “It did unbelievable numbers, did 600,000 buys, which a tremendous first effort. But these people, don’t matter if it’s Leonard or Bob (Arum) — but you got to understand how this game works. It’s Me vs. Them. And it’s so fuckin’ flattering. You imagine some Brit coming to America and the whole American industry ganging up, if you like, to try and freeze me out.”