The 41-year-old retired boxer shared videos of his new property on Instagram last weekend but did not share details about the mansion with his followers.

His new home is in Las Vegas with an array of extravagant features. 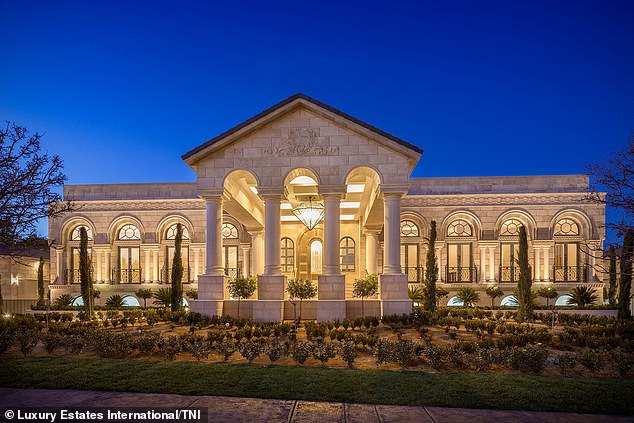 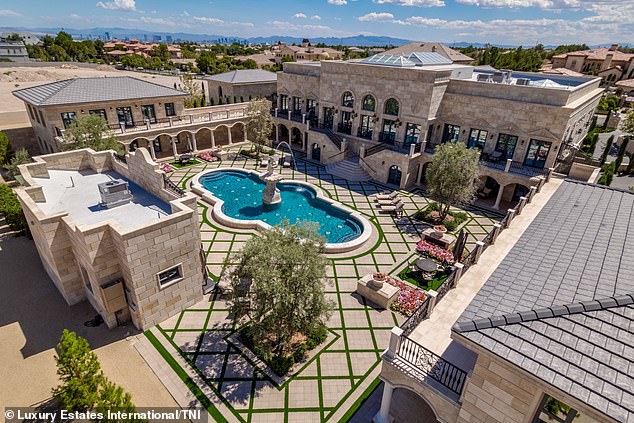 The property has two guest houses, a vineyard and indoor and outdoor swimming pools 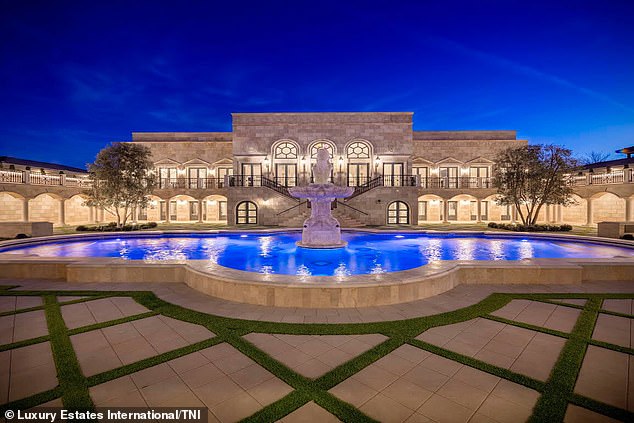 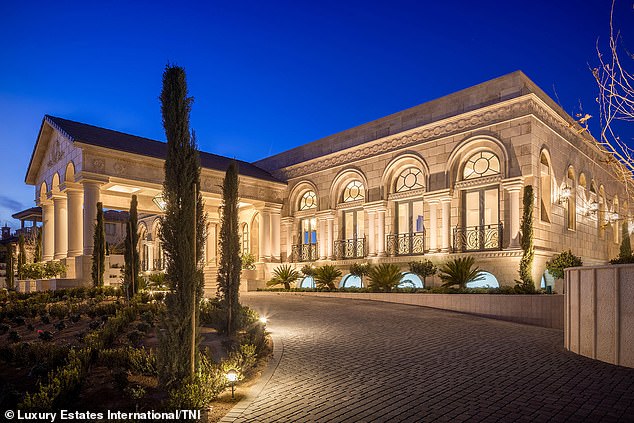 The 1.41-acre estate’s main feature is the mansion itself, complete with 11 bedrooms and 14 bathrooms, a column lined porte-cochere entrance, heated floors and an elevator.

Mayweather also has a gym, a huge wine cellar and two guest houses to show for his money, as well as indoor and outdoor pools, a pool house and a vineyard.

Mayweather is known to have a portfolio of luxury cars and can now boast of owning two detached garages and a 20-car underground garage to house his motors. 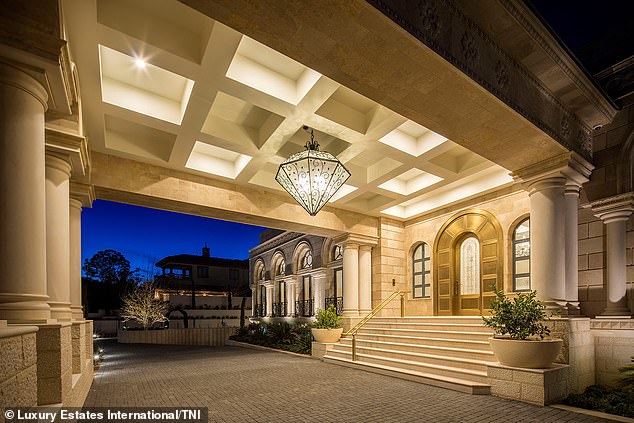 The retired boxer spent $10m on his newest property, which is in the Las Vegas desert 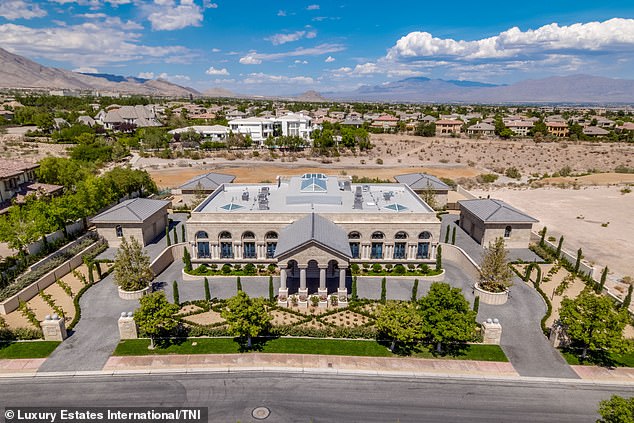 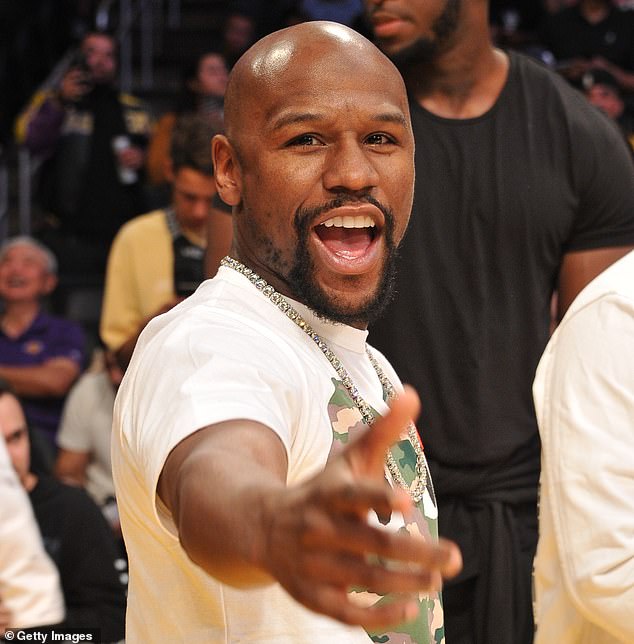 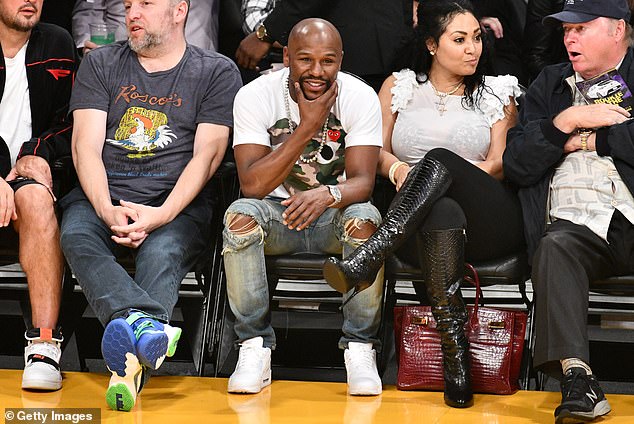 Mayweather was courtside as the Lakers emerged victorious against Denver Nuggets

He was pictured watching the LA Lakers defeat Denver Nuggest 128-111 on Thursday at Staples Center.

Away from purchasing property and watching basketball, Mayweather has been hyping up a potential return to the ring with UFC fighter Khabib Nurmagomedov.

Nurmagomedov and Conor McGregor were both banned indefinitely by The Nevada State Athletic Commission on Thursday after their brawl at the end of UFC 229. 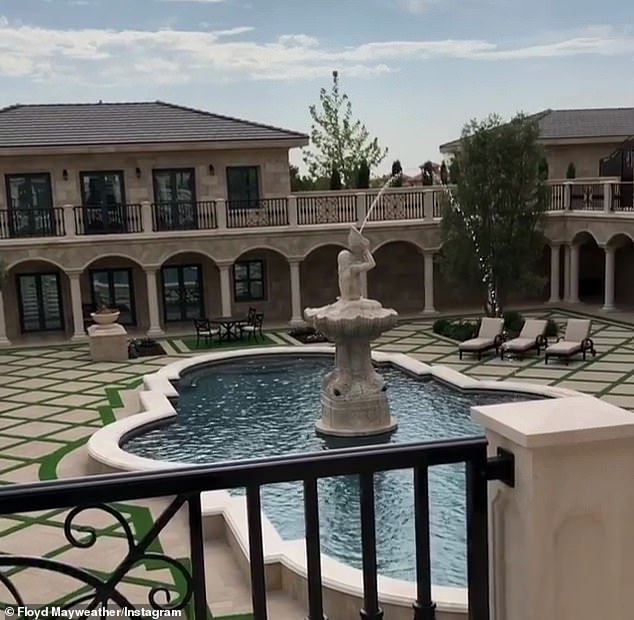