Evander Holyfield has brought former world heavyweight champion Wladimir Klitschko into his training camp as he gears up for a sensational return to the ring.

The 57-year-old, who hung up his gloves back in 2011 after 57 professional fights, is eyeing a trilogy bout against his old rival Mike Tyson later in the year.

Holyfield has insisted that any meeting with the man who famously bit off part of his ear would be a gentle, no-knockout fight, but his latest training video – which features Ukrainian legend Klitschko – suggests otherwise. 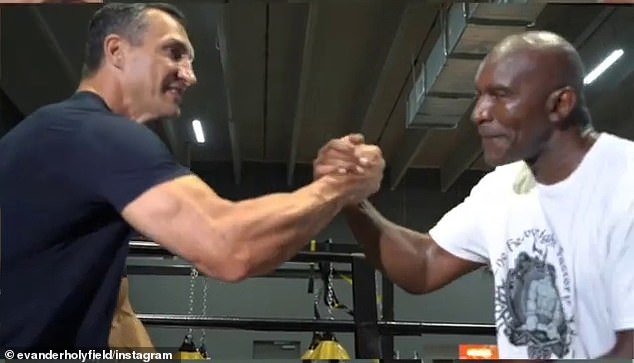 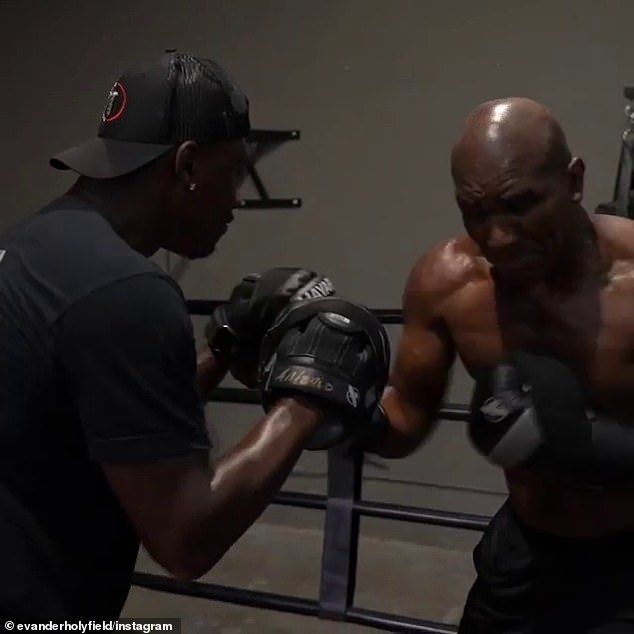 In the clip, which was posted to Holyfield’s Instagram account in the early hours of Friday, the 44-year-old is pictured shaking hands with the American.

He is also seen with a clipboard in his hands as Holyfield works out and appears to be helping Tyson’s long-time foe get up to speed ahead of a potential third fight between the pair.

The latest video is captioned ‘Team Holyfield preparing for battle’, suggesting Klitschko is likely to remain part of the veteran’s camp as he works towards his first fight in almost 10 years.

Holyfield appears to be in excellent shape in the new clip, which includes him working out on the pads with his trainer Antonio Tarver and shadow boxing. 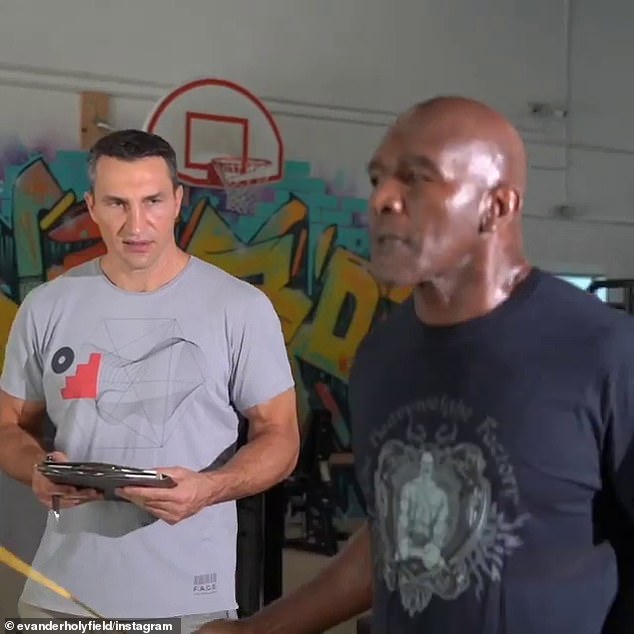 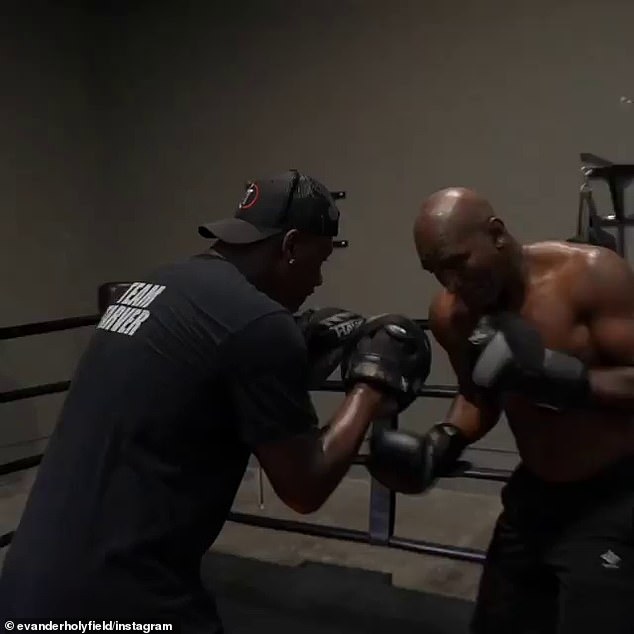 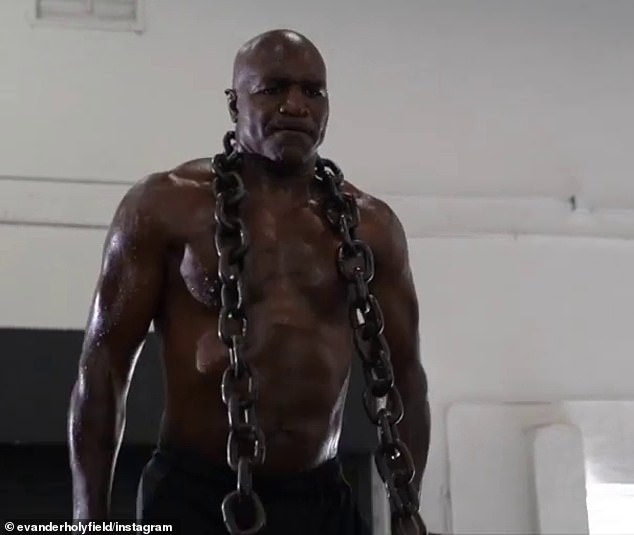 The 57-year-old is also seen skipping, lifting weights and working on his speed and movement in the video, which has fuelled talk of another meeting with Tyson.

The clip ends with Tarver, who also posted a picture of himself with Holyfield and , declaring: ‘The real deal is back, baby’.