Logan Paul has once again torn into boxing icon Floyd Mayweather online ahead of their June 6 showdown. Mayweather will put his reputation on the line against the YouTube megastar at the Hard Rock Stadium in Miami Gardens.

Paul, 26, is 18 years younger than the 44-year-old veteran, and he is using his online audience to gain the upper hand ahead of entering the ring.

With just over a week to go until they meet in an exhibition match, Paul continued his attempts to rile up Mayweather on Wednesday.

Paul, who boasts over 20 million subscribers on YouTube, has took to social media to mock Mayweather over sparring.

The boxing great recently shared images that suggested he made his sparring partner bleed, which his upcoming opponent taunted.

JUST IN: Logan Paul warned about ‘p***** off’ Mayweather after pre-fight antics 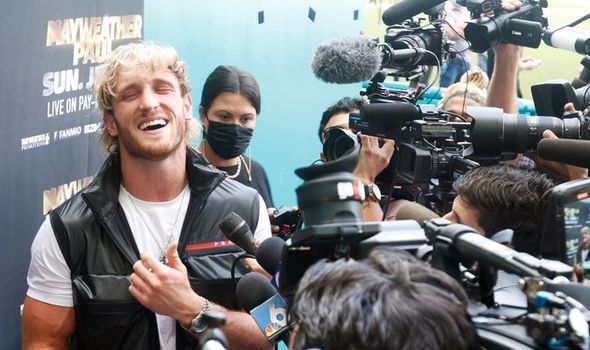 Paul made a point of disrespecting Mayweather’s choice of sparring partners before stating that he, too, can make people bleed.

He said: “Floyd Mayweather is so excited that he made someone bleed in sparring.

“He posted the same picture twice from the same day; he’s so excited.

“Hey champ, you’re not the only person who makes people bleed in sparring. Who are you sparring, bro? You’re sparring trash.

Paul then made a confident claim to end his video, stating that he plans to make the fight difficult for Mayweather.

“You pipsqueak. June 6 is going to be the worst day of your life dog. I’m going to make this so hard for you,” Paul explained.

If Mayweather isn’t triumphant on June 6, perhaps it would be one of the worst days of his life, but the chances of that outcome are widely deemed as incredibly slim.

Both fighters appear to be taking the upcoming bout seriously, so viewers should be in for an enticing watch a week on Sunday. 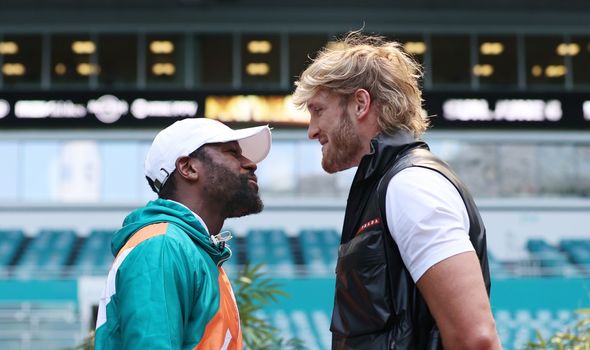 The retired pro-boxer came out on top, defeating Nasukawa with ease via the first-round TKO when the latter’s corner waved off the fight after three knockdowns.

Paul has one professional fight to his name, losing to fellow YouTube sensation KSI via split decision in 2019.

Logan Paul vs Floyd Mayweather is the headline showcase of the night in Miami Gardens. However, there are other fights to keep an eye on.

Jean Pascal will clash with Badou Jack in a world title rematch, whilst former unified world champions Jarrett Hurd will square off against Luis Arias.