Oleksandr Usyk tried his hand at a spot of juggling as he works on his hand-eye coordination ahead of Saturday’s fight against Tony Bellow.

The undisputed cruiserweight champion faces Bellew in a high-profile clash this weekend, and proved he is leaving no stone unturned in preparation for the bout by juggling balls in the gym.

Images from his session in Manchester on Tuesday showed the 31-year-old Ukrainian taking part in a variety of exercises as he bids to get himself in peak condition for Bellew. 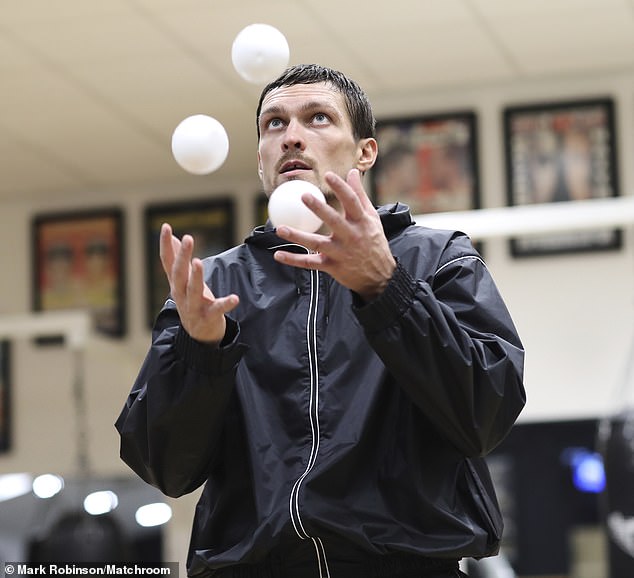 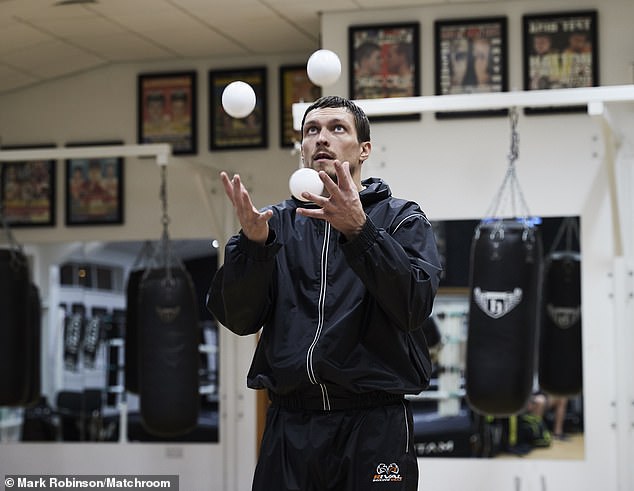 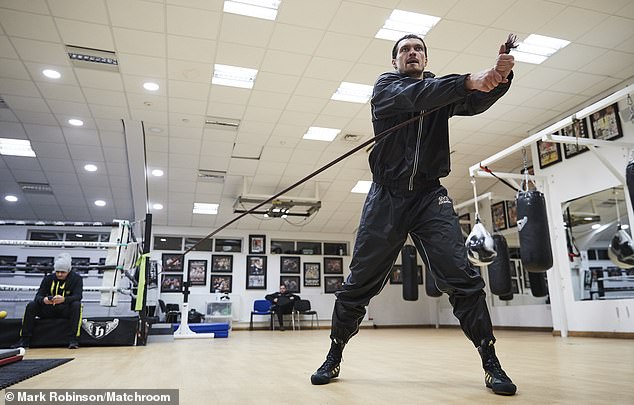 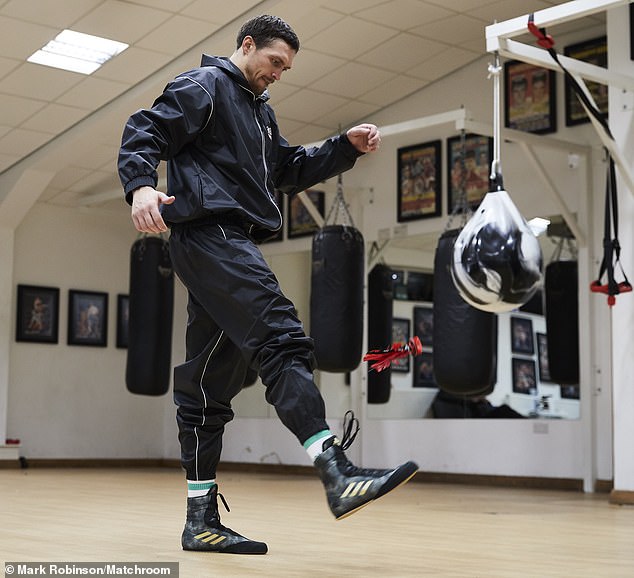 After maintaining focus while juggling three balls, Usyk also worked on his core fitness before engaging in a sparring session with his trainer.

Working from his usual southpaw stance, the Ukrainian appeared to be in good shape as he fired rapid combinations at both his trainer and the punchbag.

Indeed, boasting 11 KOs from his 15 fights, Usyk will provide formidable opposition for Liverpudlian Bellew on what could well be his final fight.

Speaking to Sportsmail this week, Bellew revealed that he is coming under increasing pressure from his wife Rachael to hang up his gloves.

However, with a big pay-day against Usyk on the cards, he has been tempted back into the ring once more. 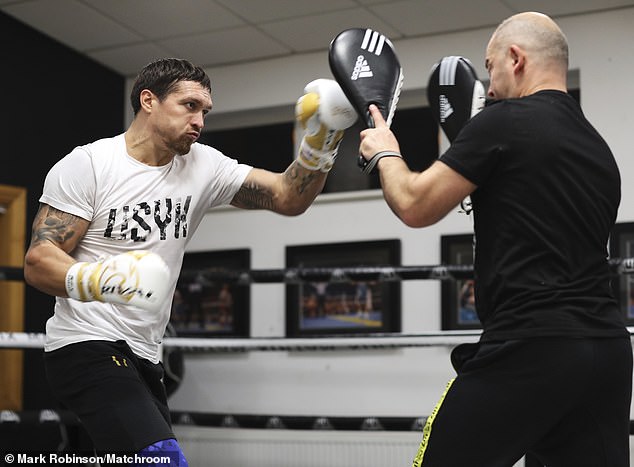 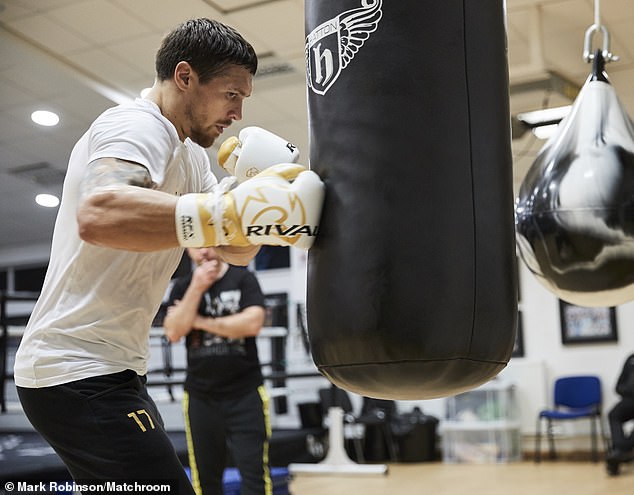 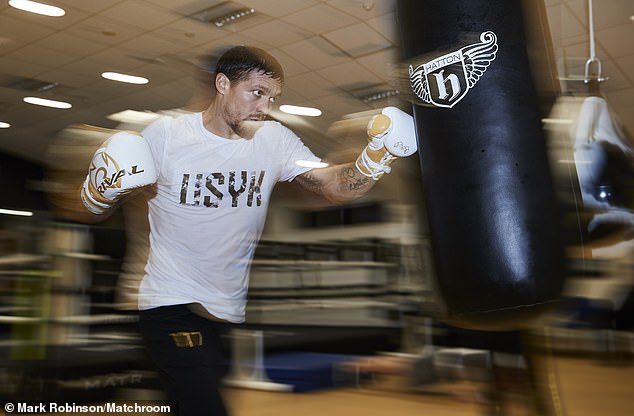 ‘She’s been pleading with me to stop,’ he told Sportsmail. ‘I still feel kind of wrong because I’ve been putting this game and myself first for so many years and I need stop this now and put my family and my kids first,’ he admits.

In preparation for the fight, Bellew also admitted he has sought advice from Anthony Joshua’s dietitian Mark Ellison.

‘I had a meeting with (Ellison), we talked about things that weren’t in place… (but) I can’t put it down to anyone but myself,’ he revealed.

‘No nutritionist can make you do it for you, he’s not the one in the hotel sitting with me on my own at 8 o’clock in the night when you’re hungry, when you have to train to get a bit of weight off and you’re tired.

‘It comes down to the individual and the amount of sacrifice and dedication he’s willing to show.’ 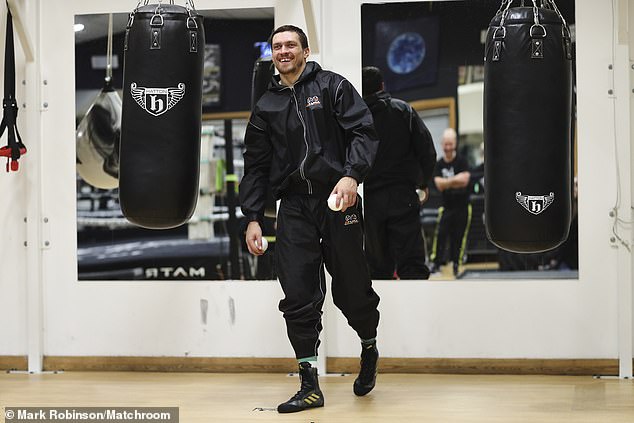