Ricky Hatton goes the distance on his return to the ring as he coasts through eight-round exhibition with Marco Antonio Barrera at Manchester Arena – with ‘the Hitman’ looking sharp 10 years after his last fight after entering with a Zimmer frame!

Ricky Hatton rolled back the years as he went the distance in an eight-round exhibition against Marco Antonio Barrera at the Manchester Arena on Saturday night.

The 44-year-old fighter returned to the ring for the first time in a decade, having lost to Vyacheslav Senchenko at the same venue in 2012.

Hatton and Barrera, who have chalked up 121 wins between them in professional boxing, sparred for eight two-minute rounds until they each heard the final bell. 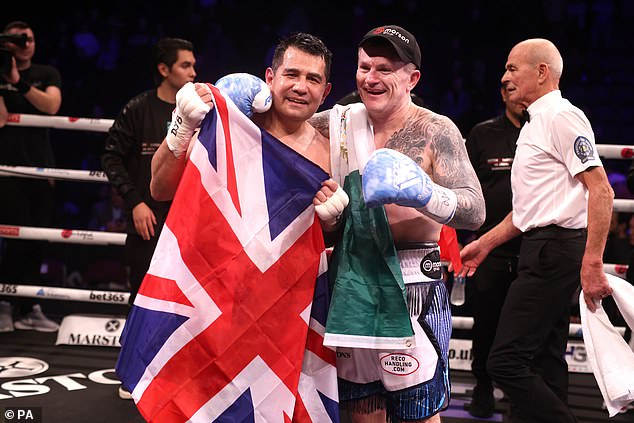 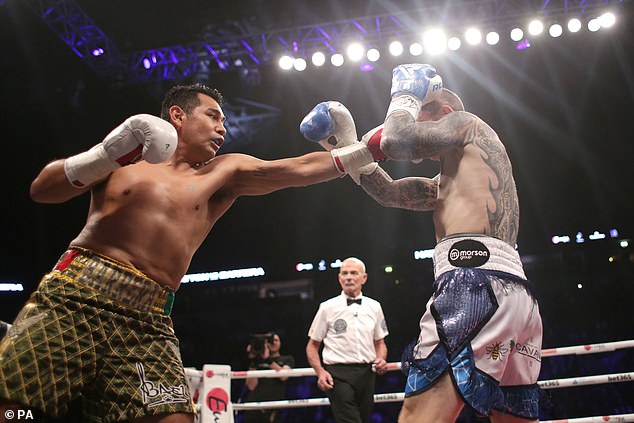 Staging an unforgettable entrance, the Stockport-born fighter graced the arena to the tune of Manchester City anthem Blue Moon and walked on holding a zimmer frame alongside two nurses.

Having lost four stone in the build-up to the exhibition, Hatton looked sharper than his opponent at the opening bell, before Barrera hit back in the second round.

Roared on by home support, Hatton took advantage of Barrera’s switch to southpaw in the third round and continued to land a series of blows. 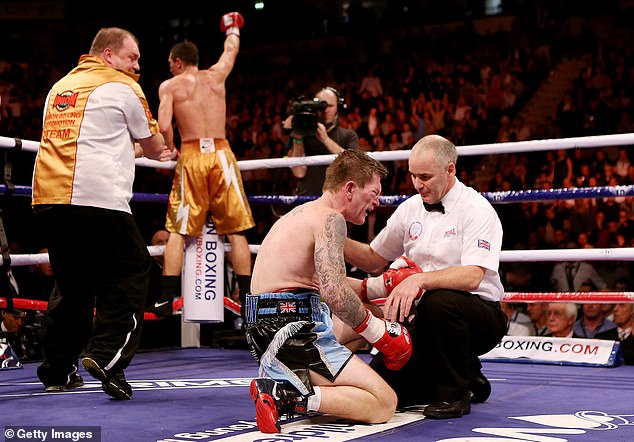 The fighter notably struck the Mexican with a firm right hook to the chin in the fourth round and pinned Barrera on the ropes in the fifth, looking to dominate the 48-year-old.

But Barrera bounced back with a hefty right hook of his own to set up an enthralling final two rounds.