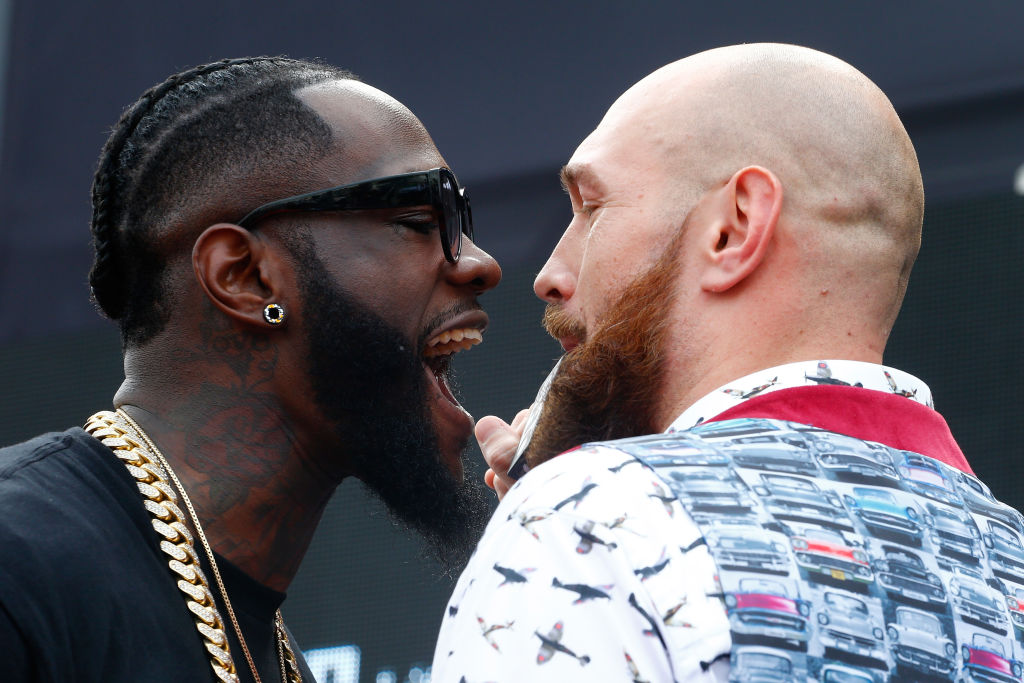 In his latest Fightzone column with Metro.co.uk, the British boxing legend assesses the threat of Deontay Wilder and Oleksandr Usyk and previews another big night of domestic action on Friday.

Wilder knows this is his last chance

Could Tyson Fury be underestimating Deontay Wilder? Possibly. That’s the first question everyone is going to ask of him, if there is going to be any complacency. Especially given how easily he won the second fight.

But Tyson will know he will need to be even more switched on for this one. I know Wilder will be embarrassed deep down over how the last fight ended so he is going to come up more determined. Tyson has got to be as determined as him no matter what happened last time.

And let’s have it right; Deontay Wilder is a murderous puncher. I’ve seen clips of him working with Malik Scott. The padwork I’ve seen, he seems to be disguising his big shots a bit better, working more on polishing up his moves a bit more whereas he used to just throw a lot of them from the back row.

He seems a little more compact in training at the minute, he seems a little bit more controlled and thinking a bit more about what he’s doing. He’s started going about things the right way. And he will be up for this, knowing this is his last chance. Tyson’s got to be as up for it as he is.

It is frustrating for boxing fans that we are not going to get the chance to see Fury and Joshua just yet. If you ask me, I think Tyson beats Wilder and Anthony Joshua beats Oleksandr Usyk. But, if Andy Ruiz Jr can shock AJ, Usyk can most certainly do it too. And Wilder, the way he punches, I think there is a chance.

They have got two banana skin fights here and there is every chance this goes tits up. And what will happen is we will lose the biggest fight in British boxing history all due to a rematch clause which p****s me off. If you are going to sign a rematch clause for another fight, surely that has got come judged on your previous performance?

No disrespect to Wilder but he got absolutely destroyed. Does he deserve it?  He was very lucky in the first fight and got destroyed in the second. Something has got to be done, this can’t happen again.

It should be a situation where you can only get a rematch based on your performance in the first one. Christ, it’s like me fighting Manny Pacquiao, getting destroyed in two rounds and coming back and saying, ‘Hey but I’ve got this clause, fight me again!’ It shouldn’t be allowed to happen.

Usyk is a bigger banana skin than Wilder, I think. Tyson knew after the first fight he would go out and smash Wilder. From a punching point of view, Wilder has gone from one of the biggest heavyweight punchers in the history of boxing, to all of a sudden being steamrolled. That leaves a permanent dent in the back of Deontay’s mind. He will be up for it, it goes without saying, but I think Joshua is in for the trickier fight.

No fans a blow for Fury

At the moment, with the fight only a month off it is looking like Tyson might not get many fans there in the US because of travel restrictions.

That is going to be a massive disappointment if the Brits can’t get across because I know they followed me wherever I went, I had the best fans in the world. It is going to be a blow to Tyson if fans can’t get across because of the situation with Covid and travel restrictions at the minute. We won’t know until later in the month if we can travel or not.

Another week, another great Fightzone card. Last week we had Charlie Schofield getting revenge over Mickey Ellison and getting the English super-middleweight title. It was a good win for Charlie and hopefully now he gets a shot at the British title having moved 16-1 so good luck to him in the future.

It was no surprise that Bradley Skeete made an impressive return to the ring on the same night, I’m sure now he will want to be out more frequently before he starts looking at titles again.

Saturday saw a cracking little fight between Marc Leach and Thomas Essomba – a great win for Marc who is trained by my mate Jamie Moore. It moves him up to no3 in the British rankings so he will be chasing people like Thomas Patrick Ward or Brad Foster for the British super-bantamweight title next.

Light-flyweights on the big stage

This week the smaller lads have the chance to steal the show. Scotland’s Neil McCubbin who is undefeated at 5-0 (1), and Birmingham’s Matt Windle go at it for the Commonwealth light-flyweight title, the limit for that at 7st 10lbs!

It’s a great title to have and it gives the opportunity for both to maybe move up to flyweight where there are some great fights. It is a tough division that one. Windle, who is a professional poet when he’s not in the ring, is coming off the back of a couple of defeats and will be determined to get the win here.

Chief support is a Midlands middleweight clash between Derrick Osaze who is undefeated at 10-0 (2) and Tyler Denny.

It is a cracking little scrap and with a name like Del Boy, Osaze will be one to keep an eye on. This time next year Rodney, he could be a champion!

Visit www.fightzone.uk and join the revolution.